The Con War on Canadian Values 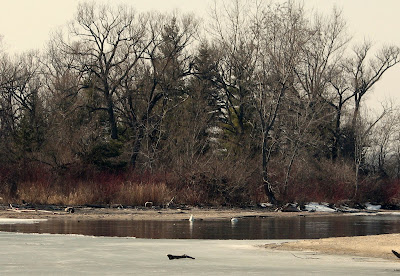 I knew it was too good to be last. There I was on another warm day in the Great White North. I'm thinking oh yeah Monkey God this is MY Canada.

And then came the dark cloud.

A Harris-Decima survey for the Manning Centre, says Canadians who identify themselves as in the centre of the political ideological scale are increasingly embracing traditionally “conservative” values.

Those include the “supremacy of the family,” an incremental approach to resolving problems, the definition of marriage and that abortion is “morally wrong.”

And now I'm stumbling down the beach wondering hey who stole my beautiful country? And where can I get another one? Because I don't want to live in a shit hole with Alberta values.

Now look I don't know if this poll is accurate. I have my doubts and so does pogge.

But one thing I do know is that they are fighting an ideological war.

According to a Twitter report, one of the morning panelists declared: "If you have a university prof trying to jam lefty ideas down ur throat, send me an e-mail, I'll make them famous."

While we are divided, and can't seem to see the forest for the trees.

You know like Rick Mercer I like to make fun of the Cons. Because laughter and resistance go together. And it's important not to give in to despair.

But I never forget that these Con ideologues are trying to change Canada into a place I wouldn't recognize. And that the time has come to join forces and fight them harder than ever before.

Because they ARE waging war on our values. And our country IS being lost.

Many of the questions and statements are emotionally charged and polarising by their very wording.

Here are some examples:

There is a right and wrong, not all about individual perception

That's why they're called wedge issues.

Polarising the debate by deliberately framing the statement in a biased manner leaves the interlocutor "wedged" uncomfortably against bias.

What's alarming is that this is Manning's view of democracy! And he wonders why he's been pushed to the sidelines of political and public life.

hi Torontonian...yes I agree with you completely some of the questions are so mushy they seem designed to provoke a certain answer.
But as I said in my post you can't leave the Cons in power for all this time and not expect some damage.
Progressives need to understand that we are fighting an ideological war, and put our vision of Canada up against their vision much more forcefully.
And of course, because you can't say it enough times, the brutal reality is that a united right against a divided left will always have the advantage.
The fact that so many still don't seem to understand that is the most depressing thing of all...

Like it or not, Harper has used mass media and manipulation to shift the country to the right, that was predicted years ago. Some Liberals, said that there would not be any damage but the national fabric has changed.

One only had to look to the US under the Bush regime to see how a nation can change.

The more political astute will understand what is happening - most will not care.

I belief in the sanctity of marriage, no matter how ugly or disgusting it gets.

Men are superior to women.

Europeans and their descendants are superior to non-Europeans.

There is one, true, loving God who wants us slaughter all the unbelievers here on Earth so that He (He has a dick. The biggest one in the universe.) doesn't have to throw them into an inferno where they'll burn forever afterwards.

Somewhere in the Bible it says that we have "dominion" over the Earth. That translates into "plunder and destroy" in my dictionary.

Um, ... the Canadian military can do no wrong. Full stop. Any mission that they're sent on is inherently good. Any attempt to keep an eye on them when they kill people overseas is treason. Absolutely nothing can go wrong when soldiers are in a warzone with no oversight.

Politicians are all lying scum-bags. Except when they send our soldiers overseas to kill people. Then, because we're Canadian, the mission must obviously be right and pure.

These and other nonsensical beliefs constitute "conservatism" as I understand it, and that's why I reject it.

Bilderbergers plan to merger Canada with USA and to destroy national identity. It seems that they have not reached to fulfill objectives in time, so they are pressing their members to act fastly. I think Harper is one of them.

hi Cherniak WTF...I agree the national fabric is changing, and I think it's yet another reflection of the Americanization of our culture. I sure hope your prediction is wrong that most people don't care.
But I fear you're right about that one too...

hi Thwap...wow...that's an excellent summary of what makes a Con. I think I'm going to have to bookmark it. :)
The question though remains: are enough Canadians better than that so we can get our country and its values back.
I used to be a hopeless optimist, but now I'm not sure...

hi Atreides...I wouldn't be surprised because Harper has always hated Canada and been dazzled by the United States. I should also say these invitation-only "elite" groups make me nervous, because it always sounds to me like some kind of parallel and unelected government.

Hi Simon, it really is a parallel government. European Union is another example for that, under control of CFR and Bilderberg, the clearest sign are both the president and the "minister" for foreign affairs of the EU, grey people who nobody knows. EU Parliament has no power, only the European Commission, and the EC makes lwas behind closed doors and without any parliament. National parliaments are nearly pure decoration and national sovreignty doesn't exist. That's what they want: a global government under control of people without legitimacy.

I think, that you commit an error. Let's discuss it.

hi anonymous...tell me what my error I committed and then we can discuss it. This blog is only where I write down thoughts that come into my head.
I don't ever say it is The Truth, and sadly I'm not perfect... ;)