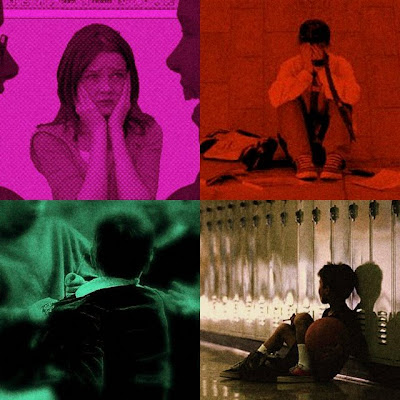 I've written so many posts about the problem of bullying in our schools, and in particular the abuse and violence aimed at gay kids.

I knew Canada had a shameful bully problem.

But this survey still shocked me.

More than two-thirds of Canadian high school students who identify themselves as homosexual, bisexual or transgendered said they felt unsafe at school, according to survey results published Monday.

One-quarter of LGBTQ respondents reported physical threats because of their sexual orientation, while over half said they'd been verbally harassed.

More than one-third of LGBTQ respondents have skipped school because they felt unsafe at the building or on their way there, compared to one-eighth of straight participants.

Forty-one per cent of LGBTQ participants reported sexual harassment, compared to 19 per cent of straight students

I suppose I shouldn't really be surprised.

So few Canadians seem to care about the problem.

And as Mark points out religious prejudice is being used to make life even harder for gay kids. By killing diversity programs.

But still I'm stunned. For once I don't know what to say.

Except that a country where so many children don't feel safe in school...and almost nobody cares...isn't the beautiful Canada I want it to be.

And of course, that this humble blog is and will always be a no-bully zone. 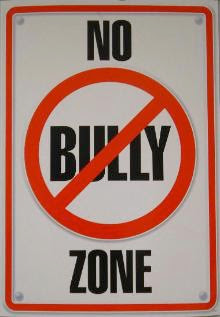 And I'll continue to fight the bullies and the hatemongers.

Until the whole country is one.

That's all. The rest is just hard feelings.

Yes it is absolute truth. as a proud gay Muslim American I find this to be true everywere in America and beyond. Just wanted to share my personal story. as a progressive and long time fighter for palestinian rights i used to demonstrate in israel with my brothers from palestine solidarity movement. 2 years ago I was jailed by Israel and brutally raped by 2 Russian moldovans. After 2 weeks in hospital noone was convicted and authorities haven't compensated me for my suffering. I have nightmares till this day.
Just to show how " enlighted" Israel deals with Palestin supporters. Thanks for wonderful blog.

You forget to mention that a gay kid in so called "Palestine", is subject to murdered by his own family members, friends, and relatives. Some time ago, a jailer in a prison for Arab detainees who was accused of sexual misconduct against a Palestinian, was sentenced to 6 years in prison! In Israel gays are enlisted for military service even for the most dangerous combatant units, serve as officers in army and police, are among the most popular artists, and bullying in school is much lower than in Canada or the U.S. I am afraid that your story has been published just to bully Israel politically...

It's amazing to me that no matter how much your enemy hates you, a soldier or enemy is always ready to rape you. Always ready to pull out their naked parts and join it with yours regardless of how grossed out they are by you. Honestly, its the Ape in the Man.
That secret desire that men have to have sex with everything including his enemy, chickens, goats, horses, dogs, and babies, is disgusting. Not all humans are GOOD, we are not all EQUAL, in spirit, some are of the devil. We always want justice, or try to understand humans capable of wrong, when in fact, they are not actually human.