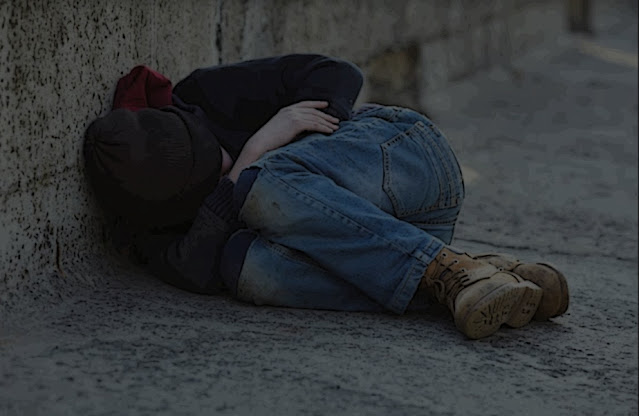 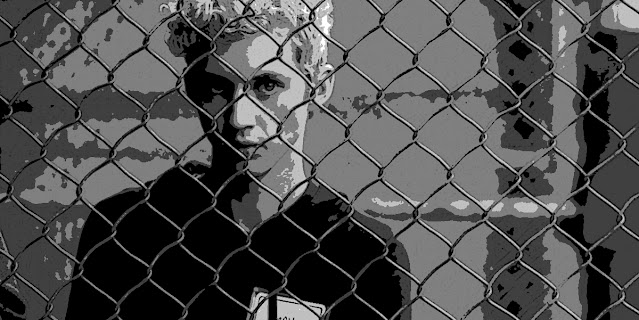 So it's cruel, it's barbaric, it's crime against humanity.

But at last now it's going to be outlawed in Canada.

The federal government today announced new legislation that would effectively ban the practice of conversion therapy in Canada.

The religious fanatics and other kooks who would torture gay kids will finally be branded as the cowardly criminals they are.

The change suggests that no person will be allowed to participate in conversion therapy if the bill becomes law — regardless of consent.

And all the religious fanatics and other kooky Con bigots are going to have to decide whether to support the bill, after trying so hard, and in such numbers, to kill the last one... 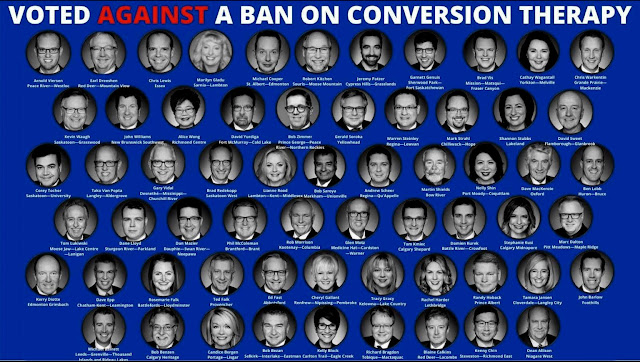 Just like Stephen Harper, who waged a stealthy war on gay people, would have done. 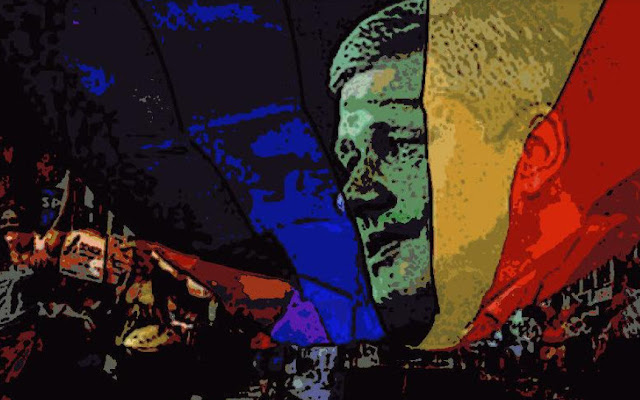 And so would the creepy religious fanatic Andrew Scheer... 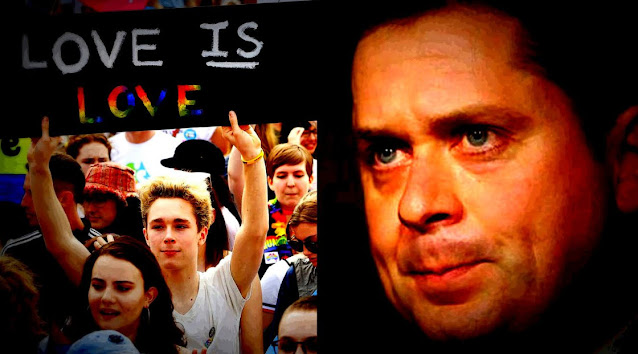 Who once compared gay people to dogs.

So who could trust a man like Erin O'Toole? 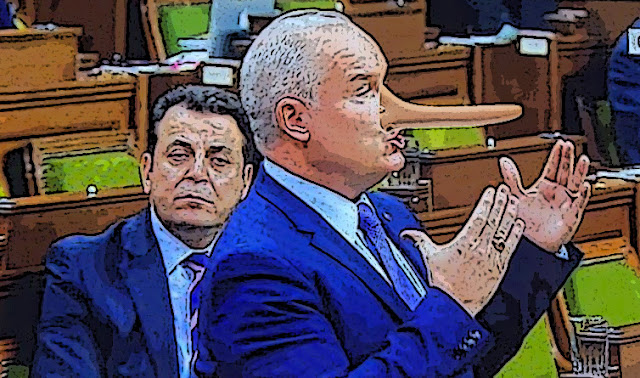 When he lies about everything, and we live in a country that sadly still reeks of homophobia.

Where even so-called "progressives" like the Disaffected Liberal are allowed to get away with saying that gay kids who complain about bullying should keep their problem and their sexual orientation to themselves.

He has never apologized for his ugly words  but at least it does explain why that self loathing nutcase hates Justin Trudeau so much. 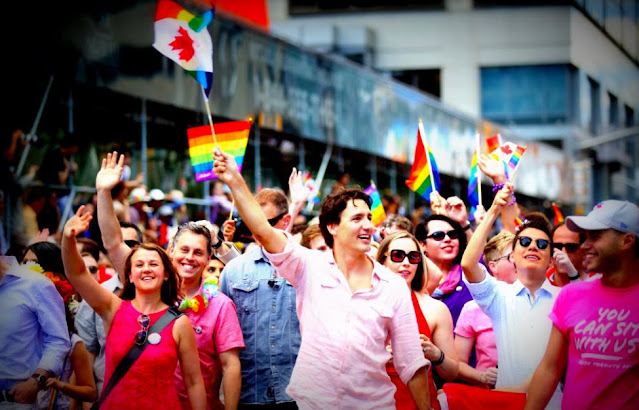 Luckily,  neither him nor all the other ugly murderous haters have never stopped Trudeau from doing the right thing.

The gay kids weren't silenced either, and along with their many straight allies never stopped demanding justice.... 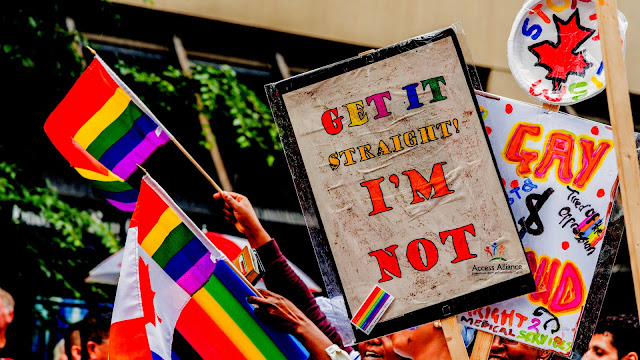 So it's a great day, but I can't help feeling sad for all the gay kids who didn't live to see this day.

Like 15-year-old Jamie Hubley, who was bullied to death in Ottawa ten years ago... 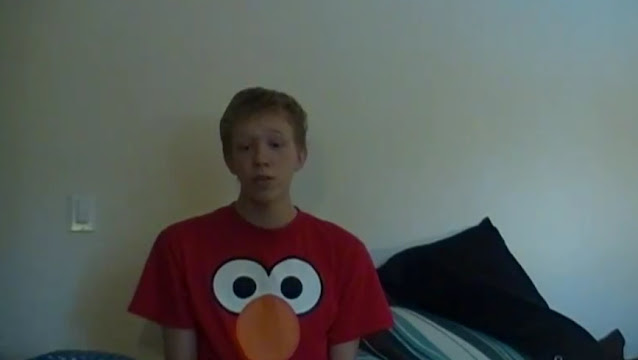 Jamie made a great video of himself singing Lady Gaga's big hit "Born Like This," shortly before he killed himself.

Sadly, somebody recently took that video down, but this guy does a pretty good job of getting that simple message across...

For it is THAT simple: Gay people are born that way.

So why did it take so long? Will the bigot Cons now finally get it?

Will all that hate explode in Erin O'Toole's face?

And thank goodness for Justin Trudeau and his government who are standing up for our values.

And giving all decent Canadians, in the season of love, something to celebrate... 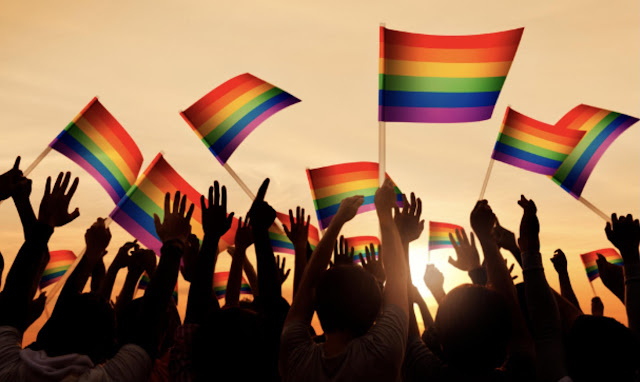 Hopefully third time is the charm, and this "barbaric cultural practice" can be obliterated once and for all. I still don't expect it to pass by the Christmas break, though, because O'Toole still needs to pander to the wingnuts in some manner to keep his useless job. My guess is, he'll probably make some blah-blah vague noises about "freedom of speech" (the Jordan Peterson argument), while pretending that he leads a "moderate and inclusive Con party" -- before letting the bigots have their "free vote" or cowardly abstentions. The rest of the sane parties will pass it regardless.

I will say however that the media has done a piss-poor job in pressing him on his regressive equivocating. Like, they let him clear the bare minimum bar of agreeing "in principle" to march in a Pride parade, without pointing out that he imposed conditions upon what HE was willing to accept? As though he gets to dictate what's acceptable or not. Namely, that the parade allow cops to participate, despite law enforcement's atrocious treatment of LGBT+ people (Trudeau's heartfelt apology in 2018 should be a Heritage Moment). Furthermore, that he leads a party whose rank and file have been calling the prime minister the most vile names anyone could think of, and shitposting garbage that feminizes him. Let's see how their vote goes down for the hate speech bills, that would finally crack down on their own voters slapping up bad Photoshops of Trudeau as Caitlyn Jenner.

O'Toole is a feckless and craven opportunist lying to the public about the irredeemable rot that is the CPC. The mere fact that Andy "Dog's Tail" Scheer or any of "the 62" are even still in caucus speaks volumes about who they still are. Oh, but they have Duncan and Lantsman now. BFD. A token masochist and a lesbian Islamophobe who couldn't resist calling Omicron the "African variant". Wow, three cheers for such bigly tremendous "diversity outreach," Erin. Gay racists and, in Lewis' case, Black homophobes. Bravo. Please clap.

The Liberals, in strengthening this bill after the cons obstructed it for so long, are thankfully persistent and sincere in their mission. I challenge the cons to acknowledge the name of the man who started this ball rolling fifty years ago, when he said that the state has no business in the bedrooms of the nation. And I challenge them to condemn anyone in their basket of true blue deplorables who continues to call that man's son, "Justine"...

So the tool is allowing his caucus of deplorables to vote with their, ahem, conscious. How inclusive he is when a vote against it is anything but. Another huge failure as leader and even bigger failure to those who've suffered because of the twisted practice of chasing away the gay. Brainwashing is what it is but it's okay because God said so. Bullshit! My God would do no such thing and the last time I checked, he didn't need cash either. I guess we'll soon have a new wall of shame for the Cons who vote against the bill. Good. Display and share it for all to see to remind Canadians of who and what they are. I know you will, Simon. As will I.
JD

You know what's even worse is that he's letting them do this crap on World AIDS Day. The tool is little more than a simp for Ronnie Raygun.

Fuck him and his whole trash bigot party.

We have a local grifter/homophobe here who has been chased to private radio, but still airs on YouTube and Twitch through "Bl--t the Ra-io".
I did not want to speak his name to give him any more light than his 2-3 viewers per day give him, but I am reporting him to Twitch and YouTube at every opportunity. He is but one of many so-cons still spreading their filth, and his right-hand man is too oblivious to ever challenge him.

Let light be shone on every conservative who voted against human safety and opening our arms to other communities, and let them pay at the next election and beyond.

It's not just social media where these regressive chuds and KKKavanaugh wannabes congregate. Pointing only at Fashbook and GooTube is missing half the picture. MSM is teeming with them as we all know. Max Bernier's onetime chief shitposter, a Bexte clone named Emrys Graefe (these people can't be real), just got hired as Chief Technology Officer at iPolitics. What's next, putting Con donors who are also Bitcoin bros in charge of the Toronto Star? Oh, wait...

Meanwhile, CNN is ratfucking Trudeau again, with some hot garbage linking him to Epstein. Along with John Glenn, bona fide interplanetary hero who can't even defend himself publicly because he's dead. CNN, the network of Jeff Zucker, Trumpsucker, who kept punchable face moron Chris Cuomo on the payroll while he helped his sociopath brother cover up his sex crimes as Governor of New York.

Fake news lying press crooked media are the enemies of the people.

So the results are in: a "fast-track" motion carries, to avoid a recorded vote altogether and send it to the Senate.

They dodged this bullet for now but it's guaranteed there will be others. Like the bill that would outlaw protesting outside abortion clinics and the hate speech legislation coming next year.

Slippery cowardice. I'm glad that the bill is going to pass, finally. But this is the most gutless and slimy decision from the Cons that's no doubt going to be praised by the media for clearing a low bar.

Congrats to the Liberals. But no quarter for Cons.

Hi Jackie....Yes, the Cons are trying to make it appear like they passed the ban on conversion therapy, after having done everything they could to block it. It's a monumental farce, but I'm just glad the bill passed for all the kids their bigotry killed. From I've heard O'Toole had to promise to listen to the SoCons in his caucus more than he ever has. So sooner or later that will spell big trouble. As you say, O'Toole is a slimy bastard, but from the look on the faces of some of his religious fanatics, his days are still numbered. And thanks for the Emrys Graefe story. When I cancelled my subscription IPolitics about six months ago, they asked me why, and I told them it was because they were too Con. So now I'm congratulating myself for my amazing foresight... ;)

Hi JD....Well it turns out that O'Toole was only too keenly aware that you and I, and about a million others would be watching the vote closely. He realized his Cons would look like bigot rednecks, so he orchestrated a move to try to claim the credit for passing the bill. It really is incredible how sleazy the man is, but if he thinks he can fool us he's got another thought coming. I shall be watching his SoCons closely and encouraging them to overthrow him. ;)

Hi Pierre...I find it hard to believe that some homophobes still think they can make a name for themselves peddling the kind of hateful garbage that can only make them look bad. But I suppose I shouldn't be surprised, the Cons are trapped in the past, and sooner or later it will kill them. And thank you for reporting that bigot, every act of resistance to hate makes us a better country...