The Departure of Donald Trump and the Return of Hope 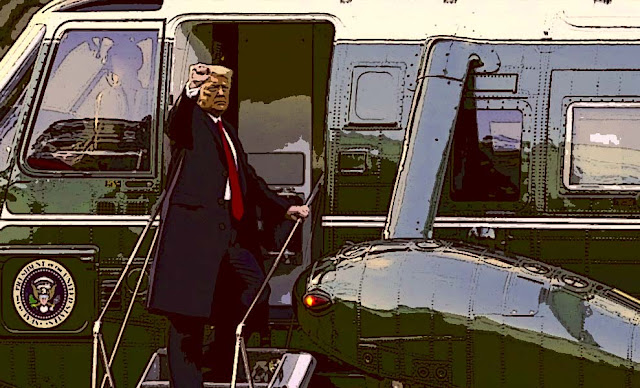 It was the photo I had been dreaming about for four long years. Donald Trump leaving the White House for the last time.

So I could give him a last one-finger salute, or moon the TV in one last crude gesture of defiance.

But then the dirty old man is finally yesterday's story... 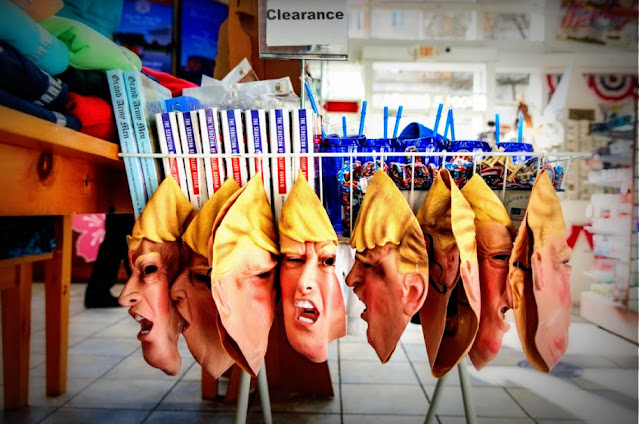 The freak show is finally over.

And it's time to focus on the future... 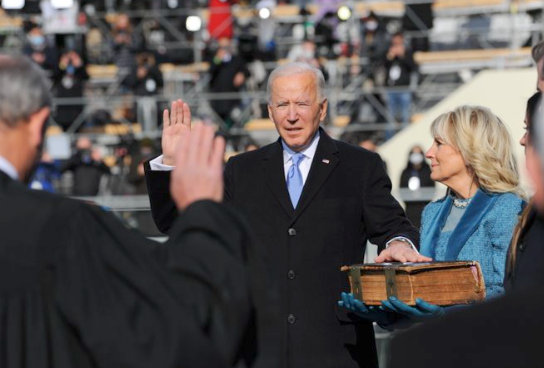 Which will be so much more hopeful and decent now that Trump has left the building. 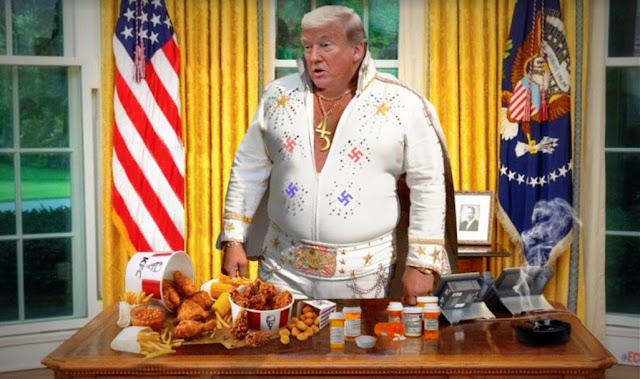 For he really was a monster... 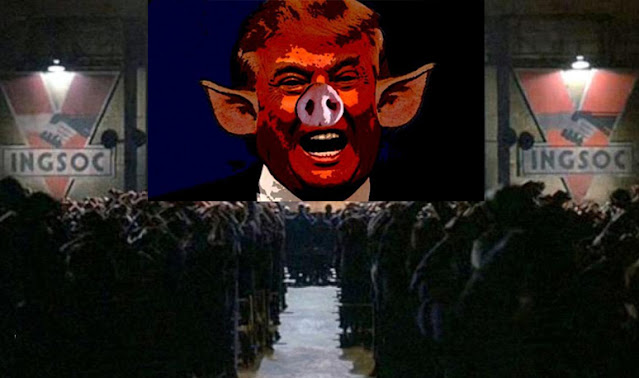 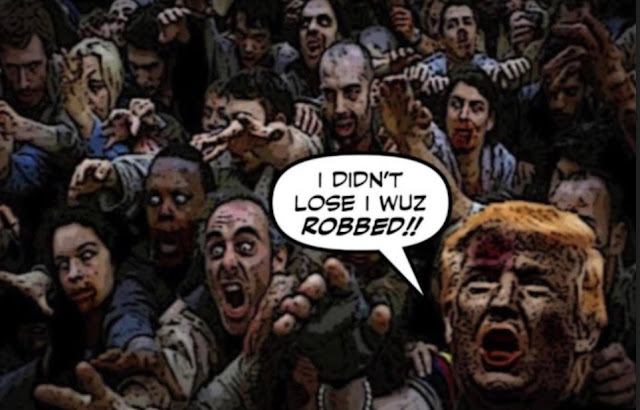 The crazed demagogue who stirred up his MAGA mob with one big lie after the other. 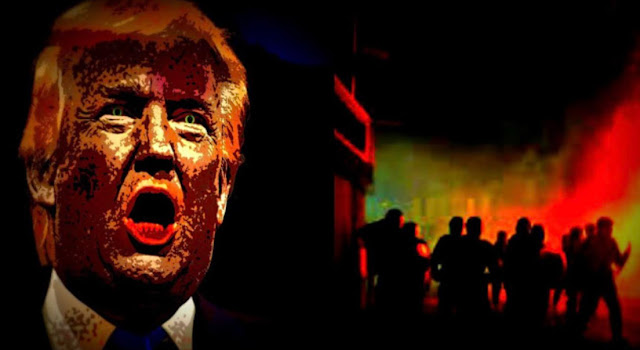 And almost set his own country on fire.

The maniac who believed his own propaganda...

And thought that if you repeated a lie enough times people would believe it.

The crime boss who I ALWAYS believed belonged behind bars. 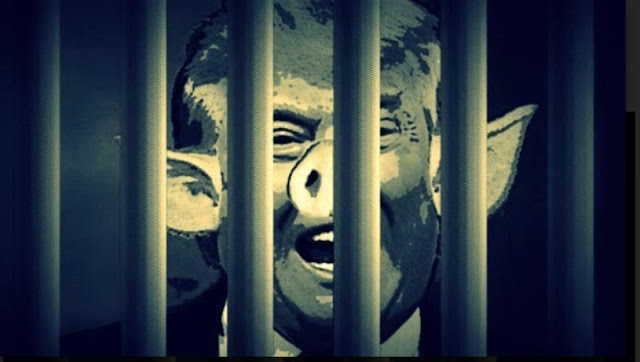 And hopefully may yet end up there.

Or in a maximum security mental hospital.... 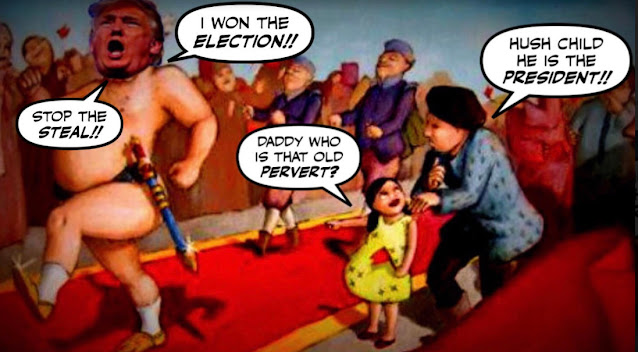 But as I said, yesterday was a day to start forgetting Trump. A truly shining day on the hill. 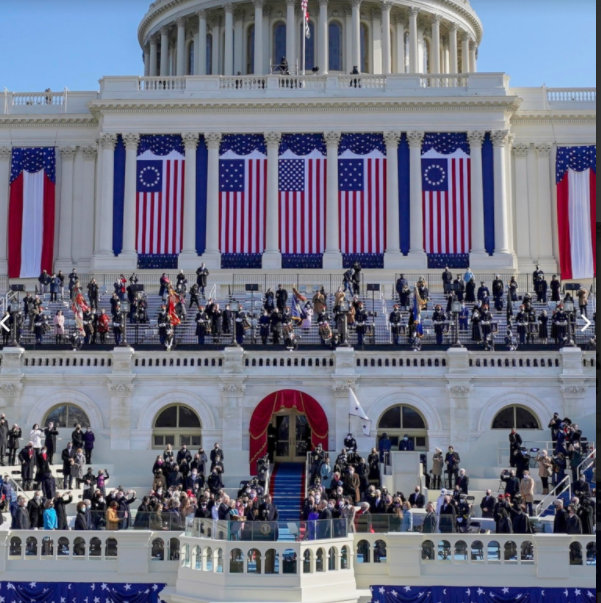 Two weeks ago Trump's MAGA terrorists ran like wild beasts through the Capitol, yesterday they didn't dare show their faces.

There were a lot of moving speeches, Lady Gaga was great, so was Bruce Springsteen, so was Jennifer Lopez, and Amanda Gorman was simply amazing.

Let the globe, if nothing else, say this is true:

That even as we grieved, we grew.

That even as we hurt, we hoped.

That even as we tired, we tried.

That we’ll forever be tied together, victorious.

It was great to see Joe Biden taking back the U.S. like we took our country back from Stephen Harper. 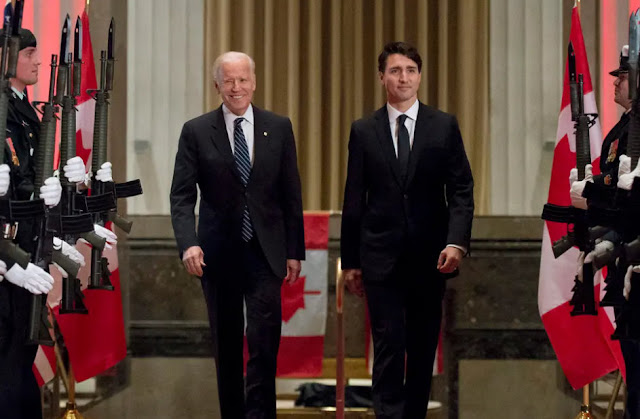 It's the return of hope.

The Cons are crumbling everywhere.

The monster Trump has hopefully gone to hell. 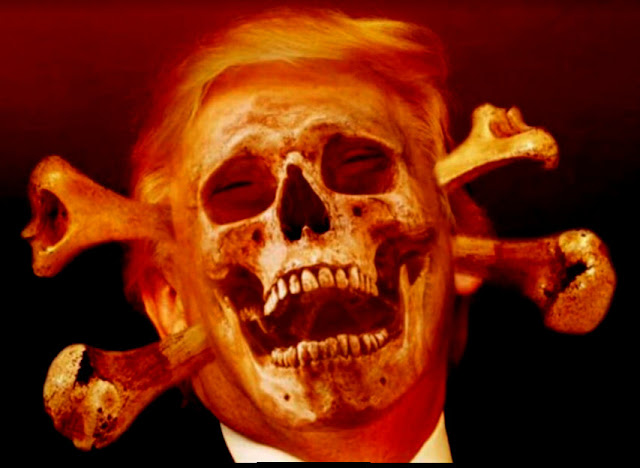 Let there be fireworks...

Simon your ridiculous graphics made me laugh so hard I peed myself, you owe me a new pair of trousers!

THE ORANGE BEAST HAS BEEN DEFEATED! Fordo has thrown the ring into the pit! And just like all the trolls and goblins that followed their master to hell, All the trumpites are following their dear leader into the abyss! what a joyous day!

The lying narcissistic sociopath may be gone but the stench remains. Truth and a little compassion could have prevented half of the Covid fatalities. Accepting election defeat could have tamped down domestic terrorism and promoted the same democracy that wars were fought over. The only difference between Trump and some of his warmongering predecessors is that he chose to kill Americans first but that is the place most fascist governments start from. Gone but the threat remains in the conspiracy riddled minds of his followers and the opportunistic enablers that encourage them.

Thanks Simon and all the folks here for being my Emotional Support Canadians throughout all of this. Don't let down your guard, and please do everything you can to keep the bald fascist Erin O'Trump the hell away from your highest office. Good riddance to Donnie Dump and long live the Trudeau/OBiden bromance!!!

Hi JD....Sorry I took so long to reply to your comment, I just missed this whole comment thread. And no, I'm not losing my mind. I think. But yes, it is a great moment having Trump slink off with his tail between his legs. I couldn't have hoped for a better ending,
I was talking to my Mum and some friends in Scotland and they all feel the same way. The darkness has lifted, and the sun is shining again And thanks for the videos. I especially enjoyed the Belfast child song, because I once had a special relationship with that battered city, and it haunts me still...

Hi BX....My "ridiculous" graphics? How could you? But I'm glad they made you laugh, because that's why I do them. And yes, hallelujah hallelujah the monster has left us...

Hi RT....I agree, we can't ignore that the demons Trump conjured up are still there, and I would not be surprised if the U.S. is hit by a wave of terrorist attacks. As long as the MAGA maggots believe that the election was stolen they are a clear and present danger. We must organize an airlift of meth and crack to try to keep them happy....

Hi Jackie....Your welcome, but we all have to thank you for your incredible support. The way you pounded Trump and his merry MAGA maggots reassured us that the good people in your country would eventually turf the tyrant. And so you did, congratulations.!!!!