How Long Will Erin O'Toole Be Able To Fool Canadians? 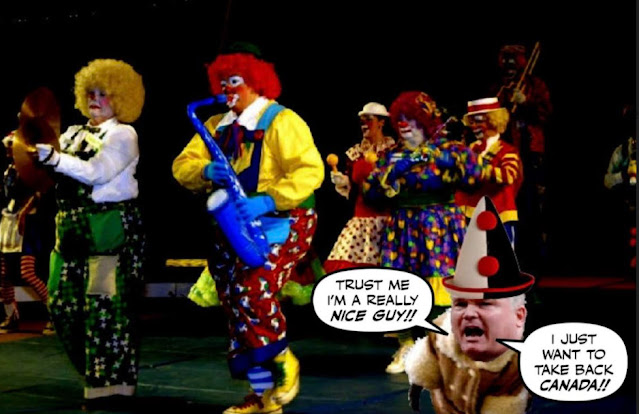 Try as I might, I just can't trust two-face Erin O'Toole as far as I can spit.

The reason I say that, is because O'Toole is pulling out all the stops trying to fool dumb Canadians into believing he's a nice guy who shares our values.

When in fact he leads the most far right and most American party in Canadian history.

And his Con thugs are hard at work trying to destroy everything we love about this country... 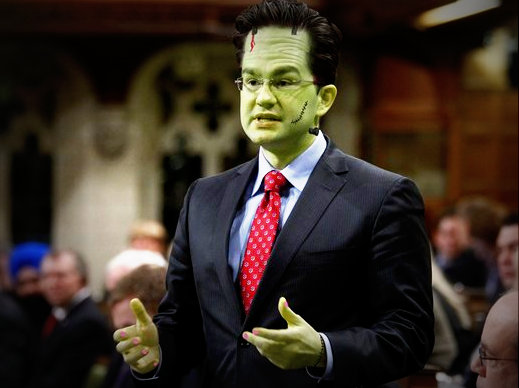 Cons like Pierre Poilievre who are trying to set up an Anti-Corruption Committee, to keep on smearing Justin Trudeau with the rotting remains of the fake WE scandal. 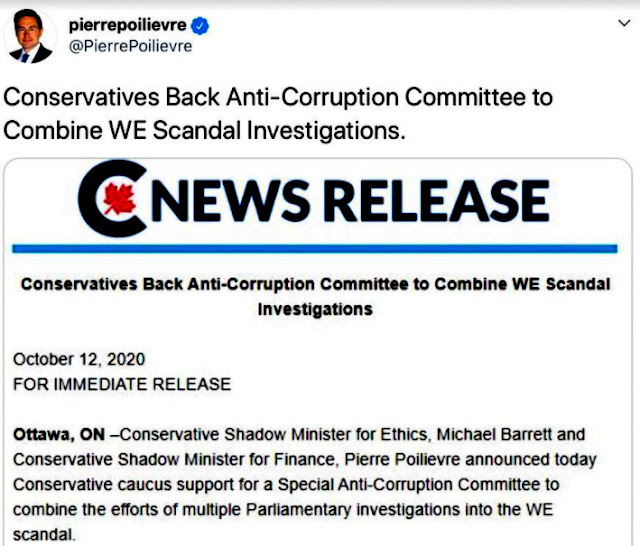 Which as I pointed out on Twitter, would not only undermine the war against the coronavirus, but would also take us back to a very dark time... 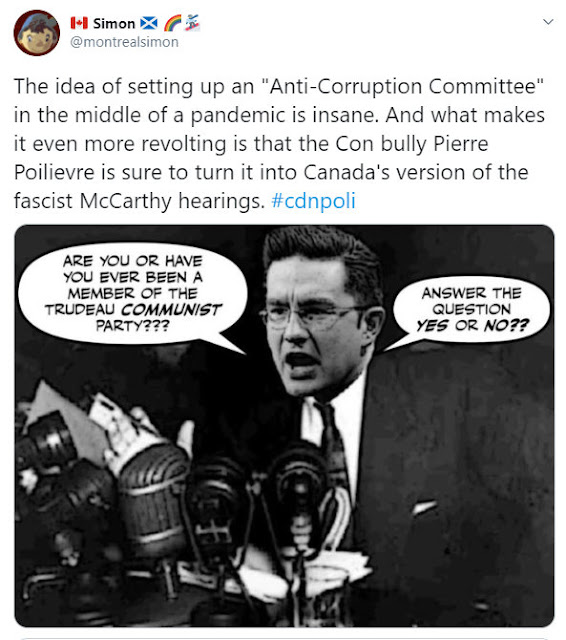 So I was glad to see that Justin Trudeau gave the Cons a reality check.

Prime Minister Justin Trudeau has blasted opposition parties for continuing their effort to dig into the WE Charity issue, and says his government is instead focused on helping Canadians through the COVID-19 pandemic.

"We are entirely focused on this second wave of COVID-19," he said. "We will continue to stay focused on what we need to do to support Canadians facing a very difficult time right now."

And all but commanded them to take their snouts out of the gutter, and start acting like Canadians.

But unfortunately many Cons wouldn't know what he was talking about. They're not that smart or that decent or that Canadian... 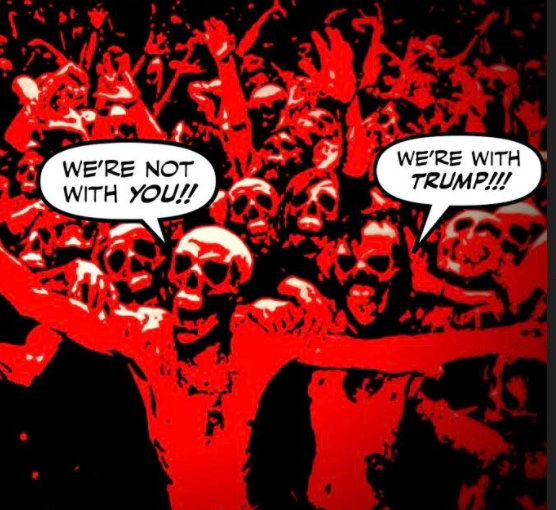 And with our shabby media ignoring the right wing threat, but still trying to build up O'Toole's image, he's been able to continue to portray himself as a Mr Nice Guy.

Instead of the Con who is planning to mutilate medicare, kill the CBC, deny end of life treatment to dying people, violate the rights of women and LGBT Canadians, torch the planet.

And is now trying to use our problems with China to stir up racist feelings which are poisoning this country.

Figures compiled by the Chinese Canadian National Council (CCNC) show that more than 600 incidents of anti-East Asian racism have been reported since the emergence of COVID-19.

Nearly a third of the reported incidents (30 per cent) involved a form of assault, including targeted coughing, spitting or physical violence.

Then there's the Con who lies about his past.

I grew up on a street where neighbours looked out for each other and helped out when they could.

Unions foster strong communities and workplace cultures where workers know if something goes wrong, their work community has their back. 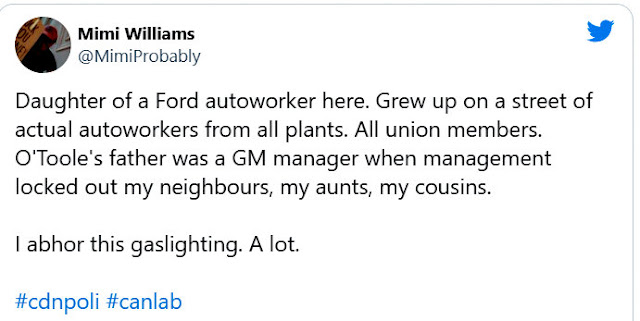 And how about the the Con who tried to turn a generator guy into a turkey farmer?

Once again @erinotoole deceives Canadians with a faux Canadian “turkey farmer” for his daily meme. Used an American stock shot, also illustrating a back up generator company in Oregon. This guy says no Canadians will be left behind. He can’t even be bothered to use an actual pic pic.twitter.com/hgQ8Er1CWA

Can you believe that? How high must the feathers fly? How low can they go?
And the good news?
Although the Con media is still trying to make O'Toole look like a leader, some are finally starting to realize that the man is a right-wing buffoon...

It's both funny and scary isn't it?

O'Toole is posing as a nice guy, while planning to destroy Canada and its values beyond recognition.

While his grubby Cons can't find a real turkey farmer.

But do have a real turkey for a leader... 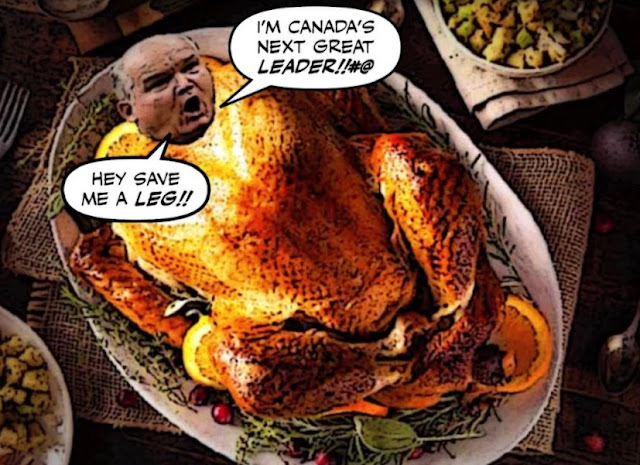 Bwahahaha! A Con leader trying to pass himself off as Ed Broadbent! Tool's dad was not only in upper management at GM, he was a PC MPP and parliamentary assistant in the Harris government. That's a rich load of BS the Cons are peddling in that ad.

Thanks for reminding us what a bunch of hypocrites and all around assholes the Cons are, Simon. You're depiction of Pierrekenstein is hilarious but much too kind as Frankenstein had some good in him whereas Peewee has none. The party has nothing to offer Canadians during this pandemic other than hunting for non-existent scandals and pestering a government trying to help Canadians. To hell with them I say.
A big kudos to Mark Critch for thoroughly destroying the tool and informing Canadians that this joke of a "leader" is as fake as his partisan rhetoric bullshit. "Top Gun" may be getting buffed and fluffed by our useless Con media but we know better as most Canadians do. So as Mark so succinctly told the tool, "#middle finger emoji" asshole.
JD

Come now, Mr O'Toole is as principled and ethical as his former leader, Steven Harper.

BTW have you seen this? Young Ben Harper gets a well-heeled start in politics, thanks to dear old dad’s former lieutenant .

It may be old news but I was poking around reading about the Jason Kenny regime's brilliant plan to lay off 11 or 12 thousand healthcare workers in Alberta in the middle of a pandemic and thought I'd pass it on.

The media keeps polishing Eric's knob and his bald head but it doesn't seem to be working so far. Tool Man has had two months of softball coverage and the Cons haven't gone anywhere in the polls. They have nothing to offer, which is why they're desperate to blow up WeGhazi again even though there's nothing more to dig into. Recall that when the pandemic first broke out, they were hauling witnesses before some committee or other to rehash the SNC business, and were about to call Jody again to tell more of "her truth". Skippy floated that trial balloon last week about the Chinese casino guy and P.E.T. Foundation but it went nowhere, so they're back to this. They keep playing their K-Tel greatest hits album like a broken record.

Didn't I say months ago that this was a "McCarthy inquisition", not just Joseph the rabid red-baiter from the 1950s, but the California wingnut who admitted the real motive behind the Hillary hit job? After what just happened at Burisma, if I were "Speakers' Spotlight," I'd be on alert for the possibility of database hacks from "Pyotr Poutine."

Dale Smith opined that this has become a witch hunt against private citizens, and that more blood than usual has been extracted for something so otherwise insignificant. The Liberals are absolutely right to push back on this gross invasion of privacy and I'm glad they are. What the fuck does the NDP want from this poor woman besides invading her private life to attack her son? For the love of God leave Margaret Trudeau alone. Just because she's a more engaging speaker than Charlie Anus or QAnon Fleury about mental health doesn't mean she's a crook. She and Hunter Biden should compare notes.

Tool Man is making a mistake by letting Skippy be the face of the party. He was whining that the Liberals were forcing him to make tough choices on bills that would aggravate the so-cons. Too bad. Either whip your caucus or wear the stinking albatross. So instead of taking a stand and rupturing the party, the coward fades into the bushes like Homer Simpson and allows Skippy to take a front row seat. Some top gun he is.

The media is going to continue to pump the tires for their Great White Dope just like they did for Weak Andy, but thankfully the Liberals aren't just going to roll over for them. Whether it's due to Freeland rallying the troops and kicking him in the pants, or because they're going after his mom, I for one am glad that finally, Justin isn't having their shit.

Pierre Peckerhead wants the spotlight, but he was too scared to run for the leadership. Will we ever find out why ?

Harper tried to cajole and bully public institutions into doing his bidding. His constant tinkering and manipulation was one of his endeavors that resulted in civil servant pushback and resulting public awareness that gave him the boot. The Liberals undid most of the damage Harper did with respect to the autonomy of our institutions but now we are asked to believe in a fairytale with a major contradiction. According to the Cons, Trudeau is a weak inconsequential leader unlike the manly Toolman but somehow Trudeau managed to telepath his desire for a single sourced We contract. Presumably so his mother could continue to receive income for her appearances. The Cons would have us believe that the multi level federal procurement agency granted his wish without leaving a trace. Unlike Harper there was no push back, no news leaky whistle blowers, no reshuffling, no terse meetings with careers on the line. No, somehow the whole procurement chain of command just knew what Trudeau wanted and gave it to him. Now that's a leader, something Harper could only dream about!
Then again perhaps procurement did their job and its just another Trumpian inspired ploy to destroy faith in our institutions as well as the Liberal government. Harper failed to convert them into political institutions them from the inside so now the nouveau Cons are trying to politicise them from the outside. Public funded aholes!

Hi anon@8:42AM....Yes isn’t it pathetic? O’Toole is turning out to be as bigger liar as Scheer. But of course all Cons lie like thieves, for if they told the truth no decent person could vote for them. Working class hero, gimme a break....

Hi JD.....Few things give more pleasure than exposing the hypocrisy and the lies of the Cons, for thanks to our lousy media they are allowed to get away with murder. What they are doing would be bad at any time, but doing It in the midst of a pandemic is absolutely criminal. Nothing can excuse that behaviour and they must be taught a lesson they will never forget. Canadians are not supposed to behave like that, and if we normalize that behaviour we can kiss this country goodbye...

Hi jrkrideau...Yes I saw that and I was disgusted. Kenney is firing thousands of health workers in the middle of a pandemic, but has $117,000 to give Ben Harper who as far as I can determine has absolutely nothing to contribute except his far right ideology. The province of Alberta is being turned into a fascist sewer...

Hi Jackie....It's horrifying and hilarious to see how Poilievre is acting like he's the real leader of the Cons, and O'Toole seems to be too weak to control him. As you point out, that's a big mistake. Poilievre is not in his right mind. Having to drop out of the Con leadership race at the very last moment has I fear unhinged him. So I'd love people to start thinking that Poilievre is the real Con leader, for he's so detested by decent Canadians the Cons would be wiped out...

Hi rumleyfips...Yes, that is the question. Why did Poilievre drop so suddenly out of the Con leadership race? For when the truth is finally revealed it could be the end of that fascist bully. Which is why I'd love to see the scandal explode right in the middle of the next election campaign...

Hi RT...The way the Cons are trying to Americanize our politics, even as the mad Trump beast runs wild, and a deadly pandemic surges, is absolutely beyond belief. They are destabilizing our country and its traditions, at a time when we need them most. Playing cheap politics in a pandemic by trying to blow air into the corpse of the fake WE scandal is simply disgraceful. How much lower can our Trumpanzee Cons go?