Harperland and the Foulness of the Cons 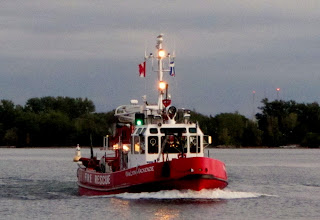 Sometimes these days when I go looking for my Canada, strong, noble, and decent, I can't find it.

Instead of a young country charging confidently into the future, I see a country full of angry, bitter, crazed Cons, filling up with hatred, and heading for the bottom.

Instead of the cool, fresh wind of the Canadian fall in my face, there is the stink of Harperland, and foul stench of Rob Anders.

Conservative MP Rob Anders has apologized for saying Tom Mulcair hastened the death of former NDP leader Jack Layton. Anders told iPolitics.ca that Mulcair, the current NDP leader, had "helped to hasten" Layton's death by making it clear in 2011 that he should step aside if he couldn't fight the last federal election.

For what can you say about a comment so cruel and so callous? Except it would be the bigot clown Anders. And it could only come from a Con.

For only Cons attack their opponents like that. Or try to muzzle them. Or lie or cheat all the time. Or crawl so low they would further torture Omar Khadr.

Liberal Senator Roméo Dallaire is accusing the Harper government of undermining efforts to help former Guantanamo inmate Omar Khadr reintegrate into Canadian society. "I think they are creating a scenario for him so it's almost impossible for him to reintegrate in society in Canada, in at least a fair chance of having that opportunity," Dallaire told CBC News on Monday. "They continue to demonize him."

Only Cons could swarm all over the comment sites of newspapers, screaming for the blood of a badly wounded Canadian child soldier... 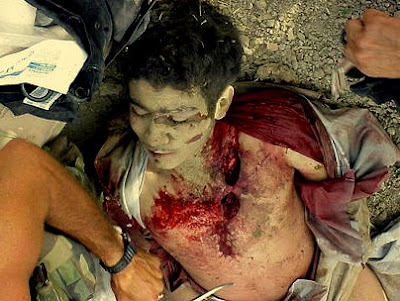 Like a pack of rabid hyenas, who would shove their snouts into the gaping holes in his chest, and tear out his beating heart.

And what can you say to those savage beasts and bullies? Except have you no shame?

The fact that Canadian officials are treating a badly mistreated child soldier far worse than an admitted child rapist should be a source of national embarrassment.

And of course, what are you doing to my beautiful Canada? 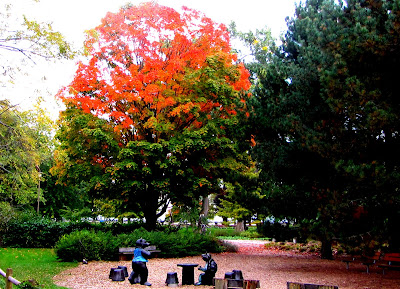 For when I look at the peaceful beauty that surrounds me. And then I read about all the hatred out there. Sometimes I can't believe I'm living in the same country eh?

And I mourn our lost values.

But then I read about how in Montreal tonight they honoured the memory of poor Denis Blanchette, who was murdered by the hate that KILLS. 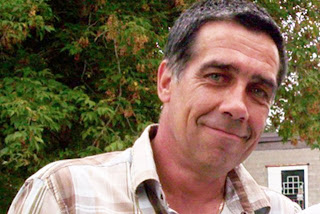 The lighting technician who was shot dead during an election-night victory party was honoured with a minute of silence during a benefit concert at Montreal’s Metropolis concert hall on Monday night. The silence was broken by Quebec-born singer Céline Dion, who stood near a tool kit and gloves in memory of Denis Blanchette,

I saw how French and English Quebecers came together to send a message to the gunman who would have them hate each other: Screw off loser, save your hatred for yourself.

And it really cheered me up eh? Reminded me that our precious values still live. And why we are going to defeat the Cons.

Because our values are Canadian. And we are better than them.

Out of the darkness and into the light... 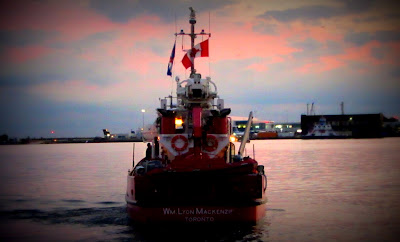 Or as Arcade Fire, one of the bands who played at the Metropolis tonight, and my favourite band in the whole world would say: Are You Ready to Start?

Are you ready to start fighting the Cons like we never have before?

Are you sick of the filth, the hate, and the madness?

Are you ready to start taking our country back?

Canada is a better place now. Less leftwing filth and getting less every day. Your time is at an end. Soon, you and those like you will be nothing more than fading memory. Enjoy the road to oblivion, you had your chance and you failed.

Why do these shootings only happen in Quebec? Is it the water? The culture? The rampant bigotry? Is there something deeply wrong with the values of the place?

It is far too late to save Canada Simon. This country has been sold out to Red China.

Putin was in China. Russia and Red China signed a deal. Putin will give China, all the oil they want. China will now lead in oil sales. China will sell oil by the Chinese yaun, instead of the dollar. China expects to be the world currency, within ten years.

China will pump all the cheap dirty tar oil to China. With China's cheap slave labor, they will refine the tar oil, and sell it for a very nice profit.

We don't have slave wages in Canada and the U.S. quite yet. Our refined oil, will likely not be sold.

China has been showing their aggression around the globe. China hacked into other country's secret files. China sold infected electronic components to other country's. U.S. missiles and other weapons, had infected components, purchased from Red China. The U.S. has now banned China, from buying into the wind farms in the U.S. Other Chinese company's in the U.S. are being showed the door. MacKay was beside himself with joy. China is permitting Harper and MacKay, to install a military base.

While other country's, are kicking Red China out of their territories. Harper brings them, right onto our Canadian soil. This is being a traitor, committing High Treason.

Harper is full of, hate, spite, malice, lies, deceit, corruption, thefts, dirty tactics, dirty politics and he cheats to win. Harper started out with a, $13 billion dollar surplus. Harper has Canada into the worst debt, in the recorded history of this Nation. Harper is very disliked by other country's. They detest Harper's bullying, dictating and his hissy fits when he doesn't get his own way.

Fight the Cons, I believe its Justin Time

Yeah, there is a sucker born every minute. Please split the left!

Bazooko's Circus is what the whole hep world would be doing every Saturday night if the Nazis had won the war. This was the Sixth Reich.

Our young people? Which ones? I think your tin-foil is too tight.

Simon, your lament for Canada is one I have many times felt as well. Although I don't believe the damage done to the Canadian soul by the Harper regime is irreversible, I do fear that that may be the case ultimately if there isn't a wakening on the part of the slumbering electorate that Harper counts on not to turn out to vote, thereby giving free reign to the warped of spirit who actually feel their man is doing a good job.

Unlike anonymous purveyors of vitriol, I am happy to be fully identified in this comment.

Lefties have a soul? That news to me! Lol. So who's the next swinger up against Harper? Ho ho, should be fun. This isn't your Canada anymore, even if it ever was.

hi Lorne...I do lament the state of Canada these days, but like you I don't believe the damage is irreversible. I think that by the time the next election comes around progressives will be more than motivated to do the right thing: i.e. whatever needs to be done to banish this Con regime to well deserved obscurity. The fact is they took us by surprise. We had never seen anything so awful and unCanadian. But now we know them well, and I'm hopeful we won't make the same mistake again.
As for the anonymous Cons...they only appear here because I'm a very patient person. But my patience is running out because they never make any serious arguments. So unless they change their tune, I shall start deleting them on arrival...

hi anonymous... do you realize how silly you sound? It works for me, because it shows Canadians what kind of people Cons are, and hurts your cause more than it does mine.
You should know better to try to rile up progressives, because we are many more than you are, and that's not too smart...