Have You Ever Seen a Gay Kid Being Attacked? 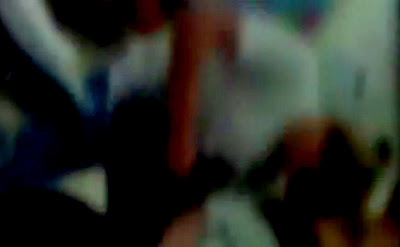 Just for being gay.

Wasn't that brutal? And isn't this horrible?

The teenager’s mother adds that no one did anything — everyone stood around and watched. Only one person took any action — which was to record this video.

Where does that savage hate come from? From a vestigial lizard brain, or the words of holy monsters? Or do you require both to be a bigot and a bully?

When will the hideous Cons do something to fight bullying and homophobia? Instead of just mumbling hollow words.

Probably never. So we'll have to do it ourselves.

That was hard to watch.

There's just no accountability, lots of talk about the phenomena of bullying but no consequences for the bully.

I was lucky, never bullied in school, but many other kids were all around me. Teachers did nothing, principal pretended it didn't exist in "his" school, and some macho football coach type gym teachers even seemed to encourage it.

Perhaps if past governments of all political stripes had done more we would be well past the point where we now find ourselves in society.

and Homophobia is EVIL"

Yes, this. But you missed one:

Assault is a jailable offense. And it's still illegal when it happens in a school.

Maria,
Tragically assaults in schools is like the samee in the Church: ignored, downplayed or outright covered up.

You're right about the harpercons and their hollow words.

How can you go from thinking that homosexuality is a sin, and that homosexual lovers getting married "threatens the family," and then put your simpering face on a "It Gets Better" video?

How is it supposed to get better if you go from schools full of violent, psychopathic homophobes to a wider world of work and a nation that is controlled by them?

"Hey Homosexuals! It gets better! We all tend to calm down after our teenage years and us homophobes don't assault you as much. (Assault charges look bad on one's resume and they stick when committed after age 18.)"

hi Rev Effect...I can't believe that the bully got off so lightly, and I'm not sure what disgusts me the most, the cowardly violence, or the indifference of those watching.
But one thing is for sure we do ned some accountabilty so I hope the mother goes ahead with her plans to press charges, and hopefully sue the school as well.
I was bullied at school, but since I learned to fight in the mean streets of Glasgow, and then took martial arts, I soon turned the tables on the bullies. It's not somerthing I'm proud about now, but it sure felt good at the time... :)

hi Way Way Up...as I've always said I don't think stopping bullying should be a partisan issue. All governments are to blame for not having done enough to stop it in the past. But I don't seek to blame anyone, I just want results...

hi Marla...yes you're right. I should have said that the bully should be punished. Perhaps the reason I forgot to mention that was because when I saw that video it made me so mad I wanted to punish him myself.
But I'll be watching this case closely to see if justice is done...

hi Boris...you're right. Just like the blind hatred comes from the same place...

hi thwap...since I believe that a person can find redemption, or soften their position on an issue I gave Sweet the benefit of the doubt. But unless the Cons do something to try to MAKE it better, they are hollow words indeed...