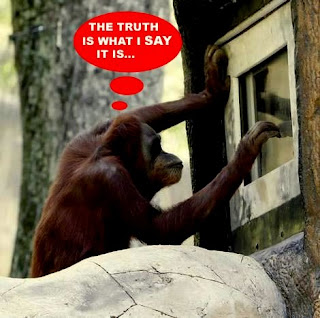 When I heard that some some federal government employee had been making anti-gay revisions to Wikipedia on his or her office computer I was naturally outraged.

And then I was curious. How many others I wondered had been caught with their hands in the Wiki Cookie jar?

The Future Shopper who insisted the company's products don't blow up. Really.

The Subway person who declared their subs to be not awful but....

The Apple employee who says googling is something sexual.

The CIA employee who changed the Pope's photo to something SO AWFUL I can't even say it.

And my absolute super duper fave of faves....the person from General Dynamics...the huge military contractors...who believes that George Bush Sr is the first man ever to give birth through his asshole.

I guess they never forgave him for not "liberating" Iraq the first time....so they had to wait all those years before they could really cash in.

Although you know when I think about it....maybe that patriot is right.

I mean how else do you explain George Bush Jr? 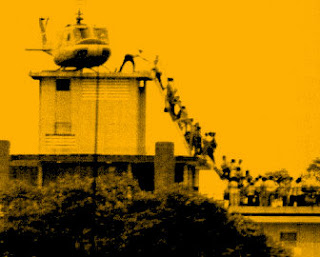 Wow! Compared to THAT revision of history...or diddling of the truth....all those Wiki ones are NOTHING.

But it still makes me wonder....

When everyone gets to revise history...and the truth is what you SAY it is. Is the open information age informing us or confusing us?

If you change history how can you learn from it?

Is it all propaganda...

history is all subjective. it depends on the point of view. the cold war history, will have completely different viewpoints from an ameican perspective vs. a russian perspective. Just like, in one case in the united states, apparently the United States won the war of 1812.

Or perhaps all the propaganda in history class that canadians won the war of 1812 when canadians were deserters; it was the british and the native peoples who fought and won the war.

so yes, history is very subjective, which is why you have to inform yourself about various points of view, to create your own logical point of view... somethign religious bigots can't seem to do.

some hilarious edits. a shame a couple of those can't stay...hehe

History is completely subjective - and usually written by the victors.

I like the Bush one, too funny. How'd you find all these Simon?

I heard about that editing from gov't computers... pathetic. Hope the guy enjoys the rest of his summer on unemployment.

Hi Ur Merit....or can I call you Richard? :) Congratualtions on your new blog!! It's great so see a Chinese brother standing up and saying hey we're here too. I've been doing some reasearch on the situation of gays in China so I can write a post. If you or any of your friends want to write something I'll include it too :)

Hi Rashid!!! Good comment. And you hit the nail on the head as far as religious bigots go. Quite frankly if religious people want to earn my respect...which I think is practically impossible...they should ALL spend an hour on their knees every day apologizing for all the bloodshed and the hate and the hurt they have caused over the centuries.
But I'm not holding my breath...or I would end up as Blue as you know who.... :)

You know I could have gone on reading for hours. I did try to be funny but actually the idea of Wikipedia seems to good and idealistic...that the way people abuse it really pisses me off. Especially when the person in the federal government practically DESTROYED the page on homosexuality. I'd love to make some revisions to his face...if you know what I mean.... :)

Hi Dantallion!!! You are of course right that history is usually written by the victors. But that's what really pisses me off about the Vietnam War.
How dare the yanks try to change THAT story...when EVERYBODY knows they lost... :)

Hi JJ!! I found them through Wired...although now that all kinds of people are using the Wiki scanner...just google Wikipedia edits...coz they're everywhere.
Some of the vanity and pettyness is unbelievable...but hilarious !! :)

i opened a wiki account a few years ago when i looked up the island i live on and found very little on the first nations who's territory this is...what was there was erroneous. so i edited it.

every now and then i'll edit something that is oh so wrong....i was adamant about the caledonia situation and whoever wrote the article kept changing it back. it became a war until i complained....it's probably been changed again.

and that's what wiki is all about...the politics of perspective. however if one has citations to back what they're saying it will hold.