Afghanistan:When Killing Civilians is NOT an Accident 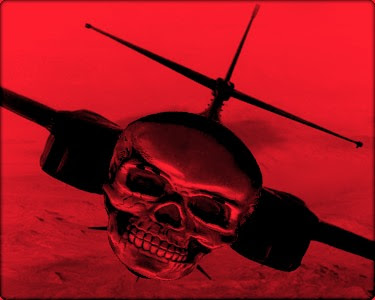 I am glad to see that British commanders in Afghanistan have had the guts to say what our yankee poodle generals have not. That the Pentagon's insane out of control air war is slaughtering Afghan civilians .....and losing hearts and minds.

A senior British commander in southern Afghanistan said in recent weeks that he had asked that American Special Forces leave his area of operations because the high level of civilian casualties they had caused was making it difficult to win over local people.

As well as making a mockery out of reconstruction efforts...

“First they kill me, and then they rebuild my house?” he said. “What is the point when I am dead and my son is dead? This is not of any worth to us.”

It's all so predictable of course. When you don't have enough soldiers to do the job you are forced to rely on airpower to keep your own casualties down. And when you do civilians are bound to be killed.

But what makes it really obscene is that many of those civilian deaths are not accidents of war. They are carefully calculated and deliberate.

....the U.S. military still has rules in place that permit the killing of civilians in airstrikes. In fact, the number of anticipated civilian deaths is carefully appraised beforehand in a calculation known as the collateral damage estimate, which is then reviewed by commanders and military attorneys who must decide if the benefits of the strike outweigh the cost in innocent civilian lives.

But what these rules mean is that killing civilians is legal -- as long as the deaths are the result of a strike at a legitimate military target. And it also means that some unknown percentage of civilian deaths from airstrikes in Iraq and Afghanistan are not accidents.

The bad news for us is that although NATO commanders ARE more careful....we're still up to our elbows in the bloody muck....because we regularly rely on close air support from the Americans.

And the Americans kill EVERYTHING.

I wonder how many civilians were factored in to that B-1 air strike?

Who can blame ordinary Afghans for feeling betrayed?

“The Americans are killing and destroying a village just in pursuit of one person....So now we have understood that the Americans are a curse on us, and they are here just to destroy Afghanistan. They can tell the difference between men and women, children and animals, but they are just killing everyone.”

So much for our glorious crusade to help the Afghan people. I knew this crazy mission was doomed from the start. That's bad enough.

But I think the time has come for Canadians who love this country and its values to start worrying about something even worse.

Like when does a military disaster become a moral catastrophe?

Because sooner or later our troops will be out of Afghanistan.

But THAT question could haunt us forever.... 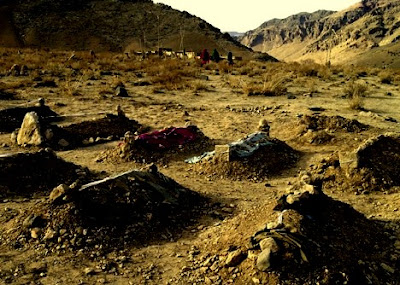 When is Layton going over to Afghanistan to "negotiate" with the taliban??? After all he does ave all the answers.

Hi Frank! Really is that the best you can do? Perhaps I need to remind you that I don't think there are many people who hate Al Qaeda and all other religious fanatic terrorists as much as I do. I want to win the the war against them even if we have to smoke them in Pakistan ....or Saudi Arabia. I'm against the crazy U.S. air campaign not just because I don't like seeing poor innocent people blown up, but because I think it is hurting rather than helping the fight against the real terrorists in Afghanistan and elsewhere. So don't hit me with that ridiculous Taliban Jack stuff...you're telling it to the wrong guy.