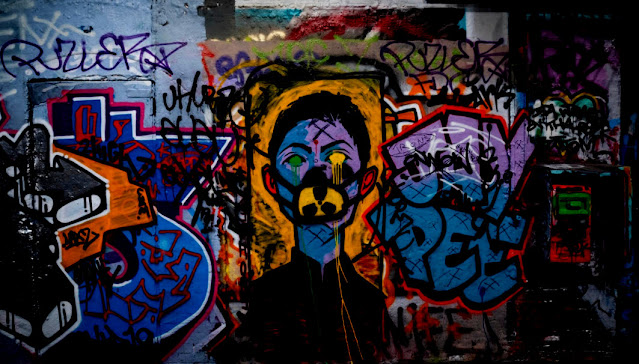 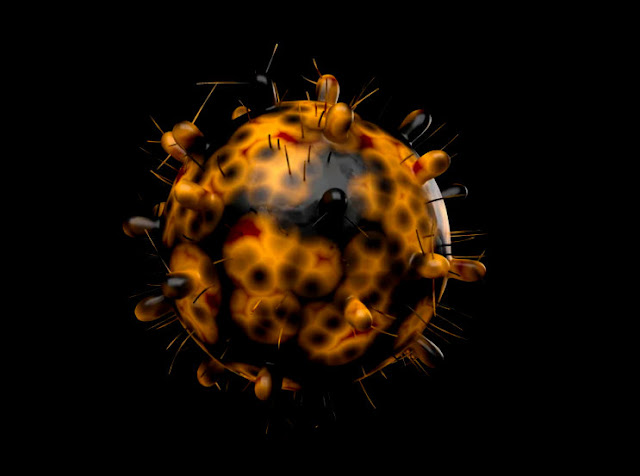 Even though the alien sounding Omicron is spreading at warp speed, and most Canadians are probably going to get it, unless they live like hermits.

And even though in the UK, scientists are warning of a murderous wave of disease and death.

The scale of the threat posed by the Omicron variant was laid bare by government scientists last night as they warned that there are now hundreds of thousands of infections every day. That daily number could reach between 600,000 and 2 million by the end of the month if new restrictions are not brought in immediately.

The government’s SPI-M-O group of scientists, which reports to the Scientific Advisory Group for Emergencies (Sage), also warned that, based on their modelling, hospitalisations could peak between 3,000 and 10,000 a day and deaths at between 600 and 6,000 a day.

But despite that, here in Canada, pandemic fatigue has some Con putting themselves before the needs of their country. 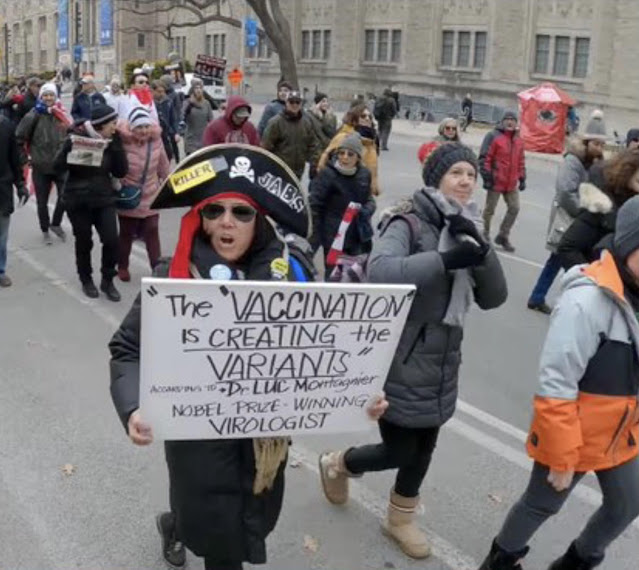 Researchers also discovered that pandemic fatigue affects "a substantial minority of people" who tended to have "greater levels of emotional burnout, pessimism, apathy, and cynical or negative beliefs" about the pandemic.

The research found these people were more "narcissistic, entitled, and gregarious" and more likely to report having been infected with SARS-CoV-2, which they regarded as an "exaggerated" threat.

"In other words, pandemic fatigue was associated with heightened self-interest to the expense of community needs," the study says.

Which explains why Cons like Erin O'Toole can't summon up the courage to do the right thing. 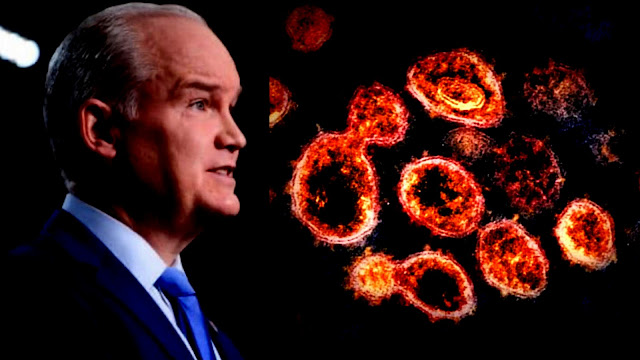 Conservative MPs will be free to travel internationally over the holidays while their Liberal and NDP counterparts have been told to stay home.

Because he's too cowardly to annoy the many anti-vaxxers in his grubby caucus, and he doesn't care how many Canadians die from the virus.

Or care that his unvaccinated supporters are endangering us all by threatening to bring down our healthcare system... 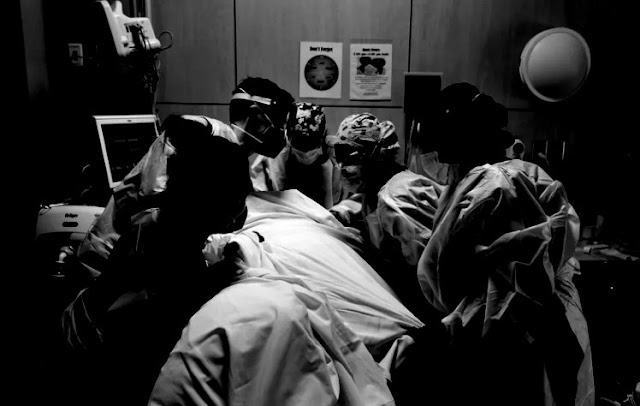 As Dr Katharine Smart, the President of the Canadian Medical Association, explains here.

Triage IS occurring NOW - people are dying who have been unable to access care because the acute care systems is overwhelmed with #Covid. Thousands, yes thousands, of 🇨🇦’s have lost their lives for this reason.

We need to get serious about #Vaccination, the consequences of choosing to be unvaccinated, third doses, proper masks, #RapidTests and limiting contacts. I can’t state this strongly enough- our system is breaking and so are the people in it.

For if or when our heroic health workers go down, sooner or later so will we... 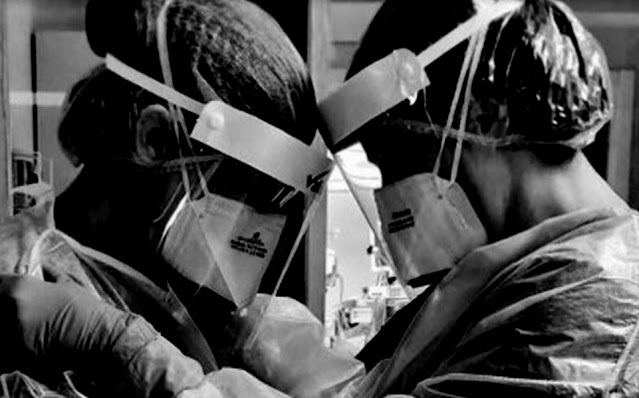 While Justin Trudeau builds on his reputation as a pandemic leader.

"Omicron doesn't care if we're tired of restrictions," Trudeau said in a year-end interview airing on Rosemary Barton Live on Sunday. "It's going to keep doing what it does anyway.

"We have a choice, because we've seen it so many times. If we act early and carefully to hold back, to starve Omicron, if we over the next two weeks don't feed it, don't give it opportunities to spread more than it has to, we'll have a much better winter and a way better spring."

The Cons are trying to imitate the Trump Republicans, who because so many refuse to get vaccinated, are dying in enormous numbers. 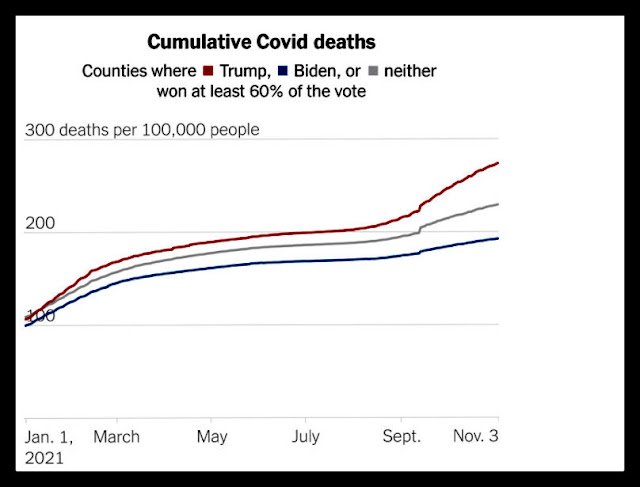 And with a little bit of luck, if they don't change their behaviour, the same thing could happen to our Cons... 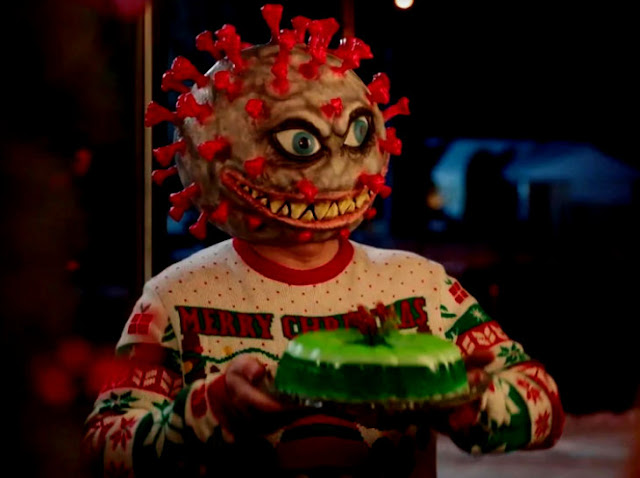 For selfishness is always bad, but in the middle of a pandemic it's pure evil.
So they truly deserve a merry, merry, merry, Covid Christmas...
Posted by Simon at 6:29 PM

Maybe if we're lucky, Annie Okie will get stranded in tumbleweed Trump country again. Sadly, there's no vaccine for selfishness or stupidity. If there were, the prion disease of conservatism would be extinct.

"If, at this point, you are still unvaccinated, you are not a victim. You are a cause of the victimization of vulnerable others." — David Frum (@davidfrum) December 12, 2021

When David "Axis of Evil" Frum gets it, you know O'Toole is way out in right field. Even Jason Kenny had the guts to tell his rabid MLAs not to leave the country over the holidays. But not Erin "I'm in favour of vaccination" O'Toole. What a coward.

I think a more fitting title would be, "How Many Canadians Have the Con Anti-Vaxxers Killed?", Simon. Surely their selfish and dangerous ways have contributed to many deaths and will continue to do so as the consequences for doing so are a joke. It would seem though that the variants are catching up to the covidiots and their days of avoiding the illness are waning. The virus is smart, they are dumb. It will find them and I hope they get to experience the full effects of feeling like you're drowning and breathing through a straw. And that's if they're lucky. The only downside is that our exhausted health care workers will have to deal with them and that is so wrong. Call me cruel but if it were up to me, they would be denied health care, period. Treat them as they treat others, with absolutely no consideration.
JD

Hi Jackie….I am just grateful that more Canadians are finally understanding that the Cons are a disease, and that unless they are crushed they could kill this country. In that regard, although I hate to say it, the pandemic has done us all a favour…

Hi anon@9:18 AM….Yes, O’Toole is a miserable coward. He doesn’t dare ask his supporters to get vaccinated even as the Omicron variant spreads like wildfire. It’s such a basic decent thing but he can’t bring himself to do it. He would walk on a carpet of corpses to try to become Prime Minister. The good news is that his attempts to pleasure all the SoCons and other kooks in his caucus aren’t working as he had hoped. And his party is splintering around him. More about that in my next post…

Give him the white feather
https://en.wikipedia.org/wiki/White_feather

Hi JD…You are right. When you look at what Cons like Kenney, Ford, and Moe have done it’s clear that tens of thousands of Canadians have died thanks to those Con thugs. And O’Toole is too cowardly to criticize them, or even restrain his own supporters. Once I would have dismissed the Con anti-vaxxers as harmless lunatics, but with a deadly virus surging, I now regard them as potentially dangerous domestic terrorists. And they need to treated as such. As you say, they need to be treated as they treat others. If Canadians knew what these Con beasts are doing to our poor exhausted healthcare workers, I’m sure they would agree with us….

No mention of zealots protesting in front of Ford’s home last night?

They seem to echo your overheated rhetoric.

A true leader would cancel the OHIP of anyone who did not get vaccinated because they have done their own research.

Let them get private insurance.