Pickton and the Pig Farm Murders 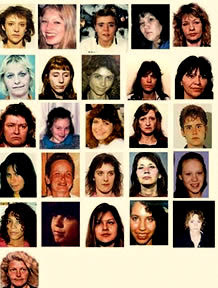 When I heard that Robert Pickton had been convicted of second degree murder in the case of the missing women of Vancouver, at first I was disappointed. It didn't seem fair.

It didn't seem enough for a man who not only murdered so many women. But also tried to destroy all traces that they had ever existed. Just like the Nazis did.

But then I realized the convictions would probably be enough to keep him in jail forever. I remembered that this case was bigger than that miserable monster. And it was NEVER fair.

All those women who disappeared were failed first by society. And then by the police. Because they were poor, and so many were native women, or drug addicts, or sex workers, police didn't care about them enough...until it was too late. And the pig farm was soaked in blood and full of shredded body parts.

Even though every human life counts .... no matter how poor or how miserable. Even though all the women had families and friends who loved them. Just like Sarah De Vries did. 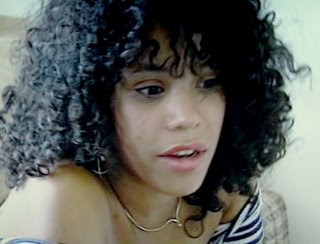 You can read more about Sarah De Vries....and see some haunting video of her...in this post.

If there is a second trial....and there should be one....Sarah and the 19 other women Pickton is accused of killing will get a measure of justice. And so will those who loved them.

But of course it's way too late. And it will never be enough.

So what I am hoping for is a full public inquiry. Not just to determine once and for all why things went so terribly wrong. Why a killer was allowed to go on killing. And so many lives that could have been spared were lost.

But also because hopefully it will finally bring some help to the desperately poor and vulnerable people of the Downtown Eastside. So they can be treated like human beings at last. And escape the nightmare that is Canada's shame.

During my brief stay in Vancouver a few years ago I saw some sights in that neighbourhood that haunt me to this day. It wasn't scary or threatening just terribly depressing and sad. I saw so much poverty and despair it was hard to believe I was really in Canada. So I can only imagine what it must be like to live and die there.

Just like so many women who disappeared did. And so many desperate women still do.

In her diary not long before she disappeared Sarah DeVries wrote:

"Will they remember me when I'm gone...or will their lives just carry on? Will the tears fall from their eyes? When they try to say their goodbyes..."

Nobody who loved these women ever had a chance to say goodbye. Their tears will flow forever. And life does carry on.

But if the rest of us want to remember Sarah and all the others...and try to extract some good out of this monstrous tragedy and horror show.

The only decent and Canadian thing to do is try to make sure that something so cruel and so horrible... and so shameful.

Never ever happens again...
Posted by Simon at 1:38 AM

the whole pickton thing has been so sickening. the cops failed, the city failed, and to a degree the court failed. and now there's moves being made to develop townhouses on the pickton farm. live on top of that horror? I DON'T THINK SO! if anything it should be a memorial park to those women and done in the fashion of the women's monument project in vancouver (honouring the lives of the 14 women murdered at l'ecole polytecnique). it's a far cry from a patriarchal man's penis substitute monument.

and get with it, vancouver! legalize brothels. everyone deserves protection. sex trade work will not go away by keeping prostitution illegal....they call it the world's oldest profession for a reason.

i like your words on this, simon. now if i could only take them and pour them like syrup down the throats of the vancouver mayor, police commissioner, peter ritchie and a few others.

What these women’s lives (and yes their last few breaths) must have been like . . . is horrible to imagine. One of the DNA samples has been labeled Jane Doe – especially sad.

To prevent this (Edmonton’s murdered women and Highway of Tears from happening again/still real steps must be taken.

A starting suggestion from ..
Why Hasn't Anyone Tried This Before?
Sweden's Groundbreaking 1999 Legislation
In 1999, after years of research and study, Sweden passed legislation that a) criminalizes the buying of sex, and b) decriminalizes the selling of sex. The novel rationale behind this legislation is clearly stated in the government's literature on the law:
"In Sweden prostitution is regarded as an aspect of male violence against women and children. It is officially acknowledged as a form of exploitation of women and children and constitutes a significant social problem... gender equality will remain unattainable so long as men buy, sell and exploit women and children by prostituting them."

In addition to the two pronged legal strategy, a third and essential element of Sweden's prostitution legislation provides for ample and comprehensive social service funds aimed at helping any prostitute who wants to get out, and additional funds to educate the public. As such, Sweden's unique strategy treats prostitution as a form of violence against women in which the men who exploit by buying sex are criminalized, the mostly female prostitutes are treated as victims who need help, and the public is educated in order to counteract the historical male bias that has long stultified thinking on prostitution.

To securely anchor their view in firm legal ground, Sweden's prostitution legislation was passed as part and parcel of the country's 1999 omnibus violence against women legislation.

Sassy, you’re right. The sad truth is this is the only case that gets and real attention. Not so much for Edmonton, and the highway of tears, a highway I have traveled many times. I tell ya, northern BC and Alberta is really weird.

The Picton case is really only the tip of the iceberg on what is going on in this country, when you get into places far enough away from major urban centers, the rules change, big time.

Well and eloquently said, Simon. The Pickton case speaks to many of the things that are broken in our society. It's long past time that society changed its attitude about the sex trade and resisted the mewling voices that screech for punishment. And, as someone pointed out at my place, shine a light on those who work diligently to keep sex trade workers marginalized so that they can indulge in their services in secret.