Are The Cons Really In A Position To Win The Next Election? 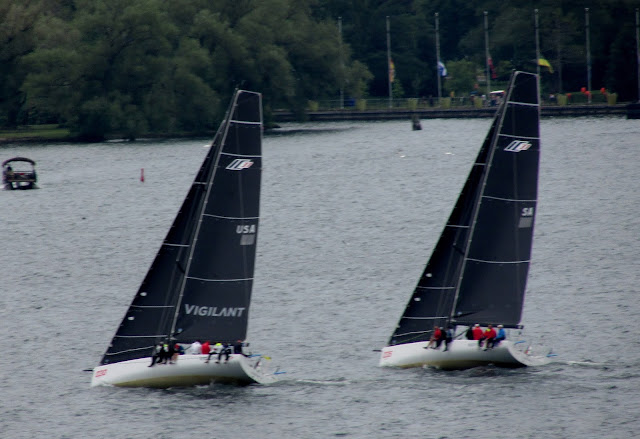 I must admit that right now I'm more interested in these kind of races, than the one that will determine the winner of the next election.

But I've heard that some pollsters in the field are saying they haven't seen the Con numbers so low for DECADES.

So I was curious to see whether Erin O'Toole was now caught between a rock and a hard place. 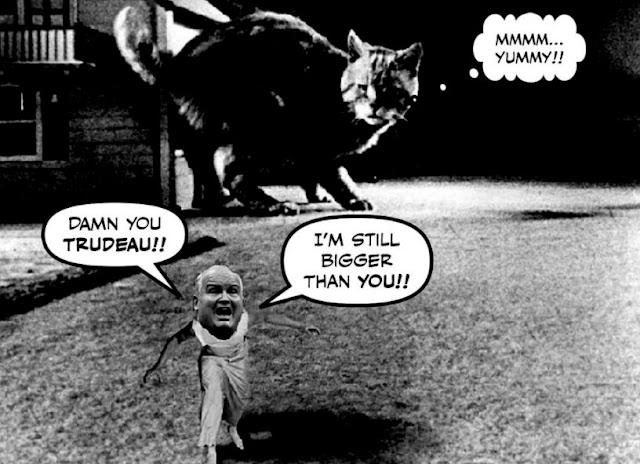 Or should I say, caught between the Justin cat, and his angry and demoralized supporters?

So you can imagine how shocked I was to see this Angus Reid poll: 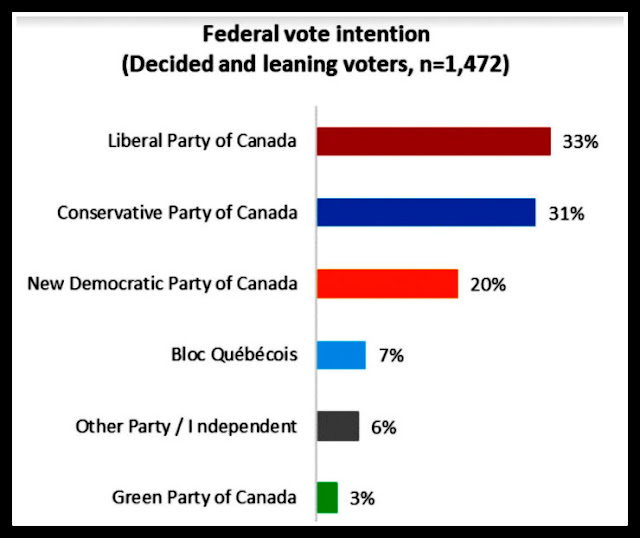 Which suggests that O'Toole's ratty gang are in a virtual tie with the Liberals, and presumably in a position to win the next election !!!

Which needless to say had the grubby old toxic Trudeau hater the Disaffected Lib practically quivering with excitement. 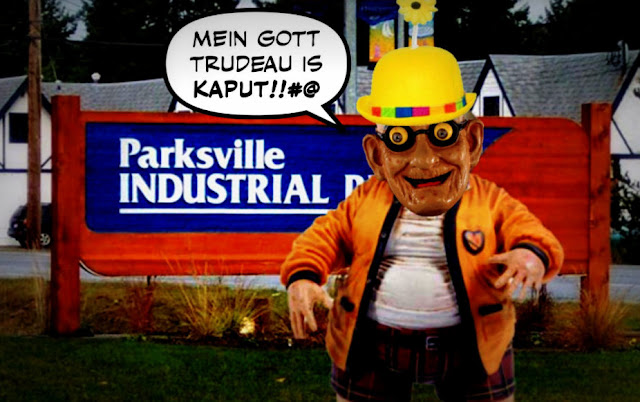 But that's when I started to laugh, for somebody forgot to tell him that Angus Reid's record of predicting election results is not exactly impressive.

And that old Angus himself is so Con friendly, he even talks like one...

And when Reid was asked why his poll was so different from the others, he said his poll was the same as a recent Leger poll.
When in fact the two were quite different... 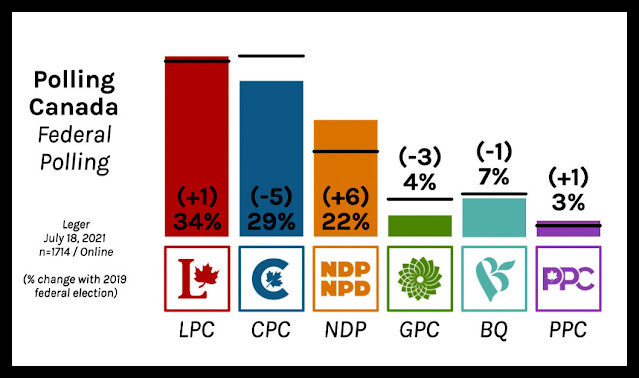 So I find it hard to believe that the Liberals and the Cons could be in a virtual tie, especially since Justin Trudeau is so much more popular than the other leaders...

And even the very Con friendly Nik Nanos, thinks the Trudeau Liberals have a very good chance to win a majority.

Unless the Liberals make some terrible mistake, and the loser O'Toole can find some fake scandal or magic formula to make himself more popular. 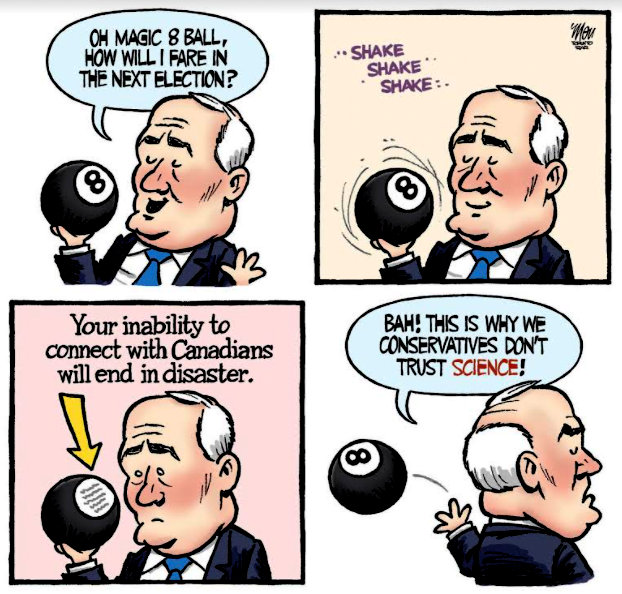 Which is probably NOT going to happen in the time O'Toole has left before the writ drops. He's just too unpopular.
And NOT when even some in the Con media are predicting disaster...

At this point, I must admit I have no idea what this jumble of polls means. It's summer after all, and in Canada summers are so short.

But you know, the other day I was delighted to see Theodore Tugboat come chugging into my neighbourhood, all the way from Halifax, on his way to his new home in Hamilton. 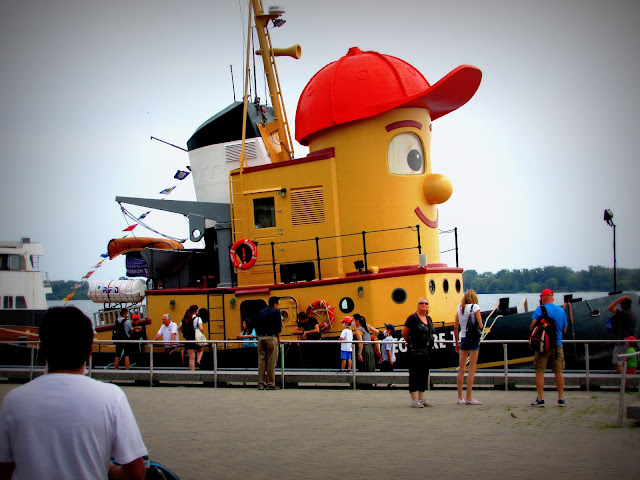 And he took me back to a more innocent time, a safer less frenzied time, when even the Cons behaved like Canadians.

Which I took to be a good omen.

For whatever the result of the election, with a majority or without one, Justin Trudeau is going to be the prime minister for at least the next four years.

The ugly old Cons will be left squealing in pain, for a long, long time. Endlessly arguing with themselves over what went wrong. And whether they are the party of Harper or Trump.

While we help and push Trudeau to keep on building a better Canada... 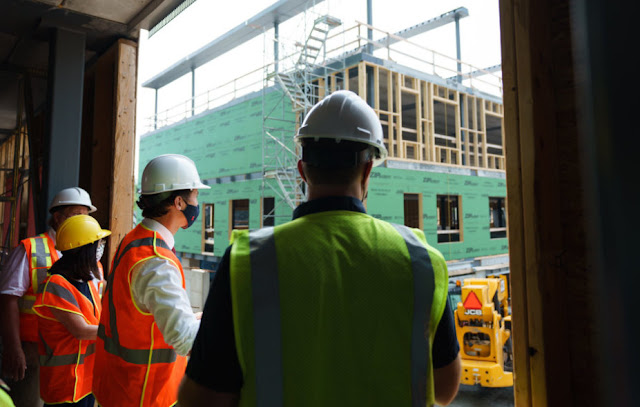 The CPC has learned nothing though, they are still attacking the prime minister on a personal level and have no policy offerings to speak of.
Which is just as well, as anything they offer would be mere icing on the rotten cake of intolerance, cuts and tax breaks to the wealthy they would forcefeed us.

Thankfully for us though, the decent and kind Justin Trudeau is rising above and I look forward to another four years toward the end of the fossil fuels industry.

Looks like the Grits found something to counter Barrett's "Dominion Voting Services rigged the election" conspiracy theory missive to Dion. So much for Dataghazi. I was hoping they'd figure out a way to counter or stall this, because the ticking time bomb was cutting terribly close. Barrett should get a job at a drive-in theater because he specializes in projection. Tool Man, meanwhile, must be covered in glass by now from all the rocks he's been throwing inside of his house. How many windows are in Stornoway anyhow?

A quarter mil! More than three times the lousy pittance of lunch money for Tom Pitfield to help LPC MPs with constituency work in French. All of it kosher and above board. But, I guess Tool Man decided to try an exfoliating routine so he could look as young as Trudeau. I can't explain otherwise why he would be giving himself regular protein facials with so much egg on his face.

As for polls, I really don't know what's up with Léger's moneyball machine over the past few months, but it's bizarre. Frank Graves was supposed to release this week but got delayed. I discount ARI altogether as they're the Rasmussen/Trafalgar of Canada. John Wright of DART is another RW crank, he's featured in a video from NatPo insinuating that Annamie Paul is a lesbian. Weird, useless white men who need to retire already and get out of the business. Between those two and the massively corrupt Kouvalis, why does the MRIA continue to accommodate them?

Anyway, there is an encouraging new poll from Innovative Research (they who did the in-depth "clusters" survey from last month) that corroborates Nanos. It shows the Libs at 41 to the Cons' 27. It's buried in an asinine fluff piece from Paul Wells (another stale jar of mayonnaise stinking up the kitchen) positing the hypothetical of how the numbers would shake out if Harper came back. He isn't, so they're left with O'Stoole funnelling taxpayer dollars to an Outhouse and still costing them the base.

Yes, that's right. His campaign guru implicated in that scenario is named Steve Outhouse. You really can't make this up. The Beaverton is running out of material to keep up with real news. Wonder if Steve came up with that now notorious video for his client Urine O'Toilet. Whatever, let's get the campaign going already and give the old tool a royal flush.

Mirror, mirror on the wall. Which cabinet minister is the greatest harasser of them all?

Simon, I'm not on Twitter (I lurk) but you are -- could you please reach out to this account @Scribulatora who is one of our Liberal tweeps, and tell her that there's some deranged person impersonating her and harassing other Liberal tweeps with a fake account? Or reach out to someone in her/your mutual follows to let her know?

The fake account is https://twitter.com/P0LKATR0IS. The real Scrib is good people, and she's been through a lot of heartache from what I can see of her story. She doesn't deserve this in the least.

Please report that account, and please if you can, call on your followers to do the same so that person can get booted. It is also trying to accumulate mutuals as a trap by hijacking the stand with hashtag. It appears to be an NDP troll who is instigating harassment towards Chrystia Freeland and Albertan columnist Max Fawcett too.

@Anon 11:33, if you're the aforementioned troll, look in the mirror yourself at your own ugly mug because you're the one harassing people. GTFO. Or maybe you don't have a reflection because you have no soul?

Angus Reis used a forum, a self selected group. They ignored the random sample needed for integrity and accuracy in polling.

Its been raining for days here so I needed a laugh. Wells complied. Harper was the most hated man in Canada and was chased out with pitchforks and torches not that long ago. Showing his face in public would only remind people of his racist, homophobic and misogynistic views not to mention his economic incompetence.

Rumley if you want another laugh, Cousin Coyne is having a normal one again. The brass must have sat him down and given him a talking-to after last week's column excoriating the Cons.

Meanwhile, in the real world. Don't tell Andy or Deborah.

So will the Globe endorse "the Tories without O'Toole" this time around? I hereby endorse At Issue without Andrew Coyne. If they're Canada's version of The View, he's Meghan McCain. Nice hair, though.

Hi Pierre….Thank you, I’m glad you liked my post. There are a lot of numbers in it, but I had to convince myself that the Angus Reid poll as just an aberration,. For the disgraceful behaviour of the Cons cannot be rewarded without threatening the survival of our country as we know it. Unlike some of the Trudeau hating so-called “progressives” at Progressive Bloggers, like you I also believe that Trudeau can lead this country to a better place…🌻

Hi Jackie…Yes, it looks like Erin O’Toole got hit with a big pizza pie of a scandal that can be used to undermine all the fake scandals he has been lobbing at the Trudeau Liberals. And having another Outhouse recruiting even more SoCons destroys O’Toole’s claims that the Cons are a more moderate party. I also like that Innovative poll, and I’m just hoping that Ekos can help bury that Angus Reid poll farce once and for all. As for Paul Wells and his Harper fantasy, it may just be wishful thinking, but I’m sure going to enjoy writing a post about it…😀

Hi anon@11:33 …You poor Cons really are desperate. You keep hoping for some fake scandal to save you, even as your party slips slowly beneath the surface of the Black Lagoon. Haven’t you seen today’s headlines? Either one of them would be enough to sink You, but together they should blow you right out of the water.Sorry..

Hi Jackie….I have passed it on to the cybercrime unit we are setting up for the election. You’ll be hearing a lot from them, but Indon’t want to give anything away yet, especially since at this time at least it seems relatively inoffensive. But I’ll monitor it closely…

Hi Rumleyfips…Only the ghastly Disaffected Lib could have got excited by that Angus Reid “poll.” And I did notice how rudely he treated you when you questioned it. I have more material on him, which I will release soon, and that should teach him some manners. As for the Wells Harper story, my first reaction was to laugh at it, but something is going on at Conservative HQ this weekend so who knows what might happen…

All elections are crap shoots so it is certainly possible that the Conservatives can win the next election. However, I would say that such an outcome is highly improbable at this point.

Whenever I see an Angus Reid poll I automatically add 4 points for the Liberals and remove two points for the Conservatives. As for Leger their numbers have been pretty steady for some months. They fluctuate by a point or two after each poll but otherwise there are no surprises.

For the Liberal Party the majority victory for Stephen Harper was a bit of a blessing. It finally gave them the time needed to renew the party. Justin Trudeau's majority gave the Conservatives the same opportunity but, unlike the Liberals, they squandered it. Now they find themselves facing an election at any time, forcing them to focus on election readiness instead of party renewal, and it is taking its toll. The same thing happened to the Liberals between 2006 and 2011.

Hi ottlib....I also hope that a crushing defeat will shake the political extremists out of the Cons, and make them a real Canadian party again. But since the SoCons are now such a strong group, and are telling O'Toole what to do, I don't see this having a happy ending. Nor would I rule out the return of Stephen Harper, for he is the only person who might be able to keep the Cons together. I think this could be a very interesting weekend....