Erin O'Toole and the Big Smoke That Will Destroy Him 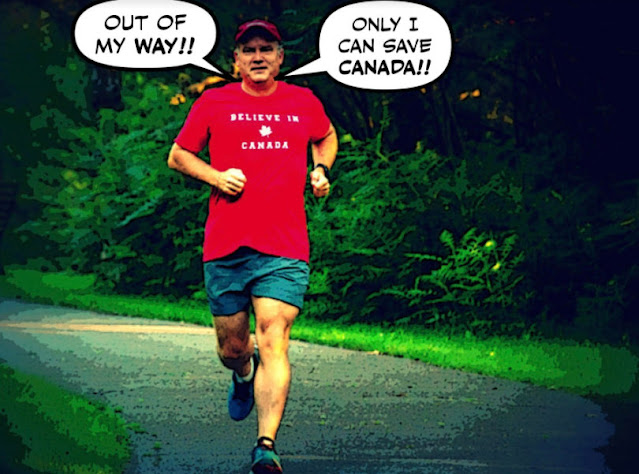 It wasn't a pretty sight, yet another Erin O'Toole photo-op. This one featuring him jogging with his latest divisive slogan plastered over his jiggling man boobs.

The idea is to make him look physically fit, and ready to take on Justin Trudeau in the upcoming election.

But the question has to be how much gas has he got left?

And who is he running from? 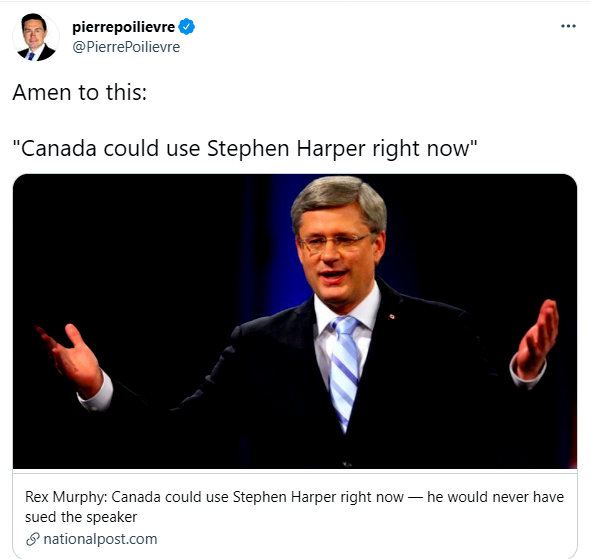 Is he running from Pierre Poilievre who seems to be suggesting that Stephen Harper, or Himself, would make a better leader than O'Toole?

Is he running from other members of his Con caucus who might not want his job, but do want him gone? 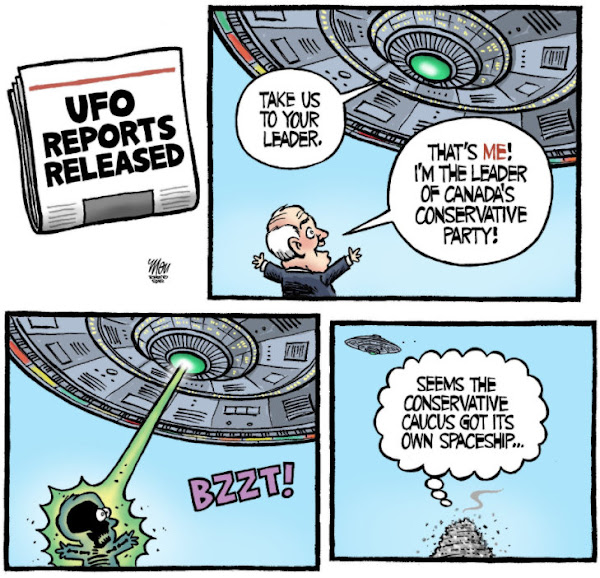 For they may be a scummy bunch of political thugs and religious fanatics, but who can blame them?
When they're staring with their mouths open at polls like this one? 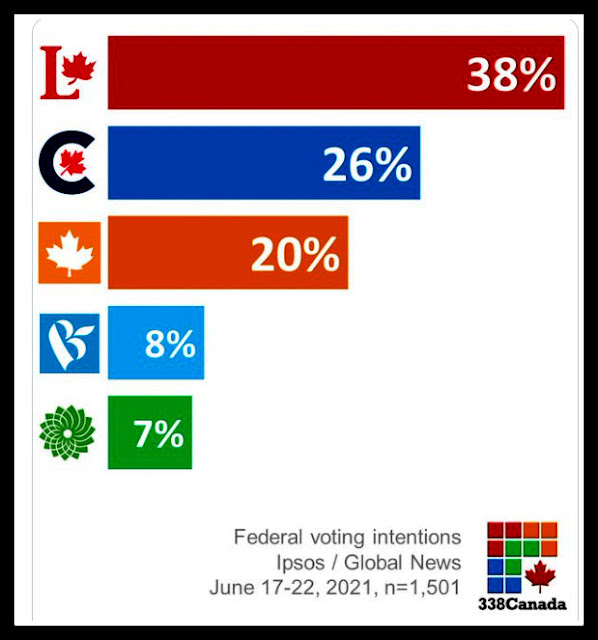 For it has Trudeau majority written all over it.

And with a killer heat wave scorching large parts of Western Canada.

Much of British Columbia and Manitoba, parts of the Northwest Territories and all of Alberta and Saskatchewan are under Environment Canada heat warnings.

Those Con numbers are probably going to get even worse, if that's possible.

For O'Toole's sham climate plan is nothing but a joke... 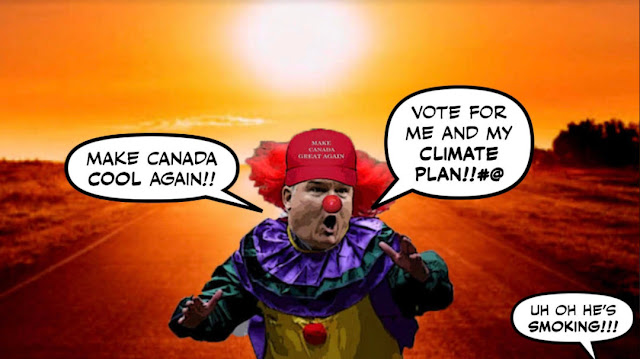 As you might expect from a party where most of its supporters believe that climate change isn't real.

While Justin Trudeau's climate plan has been widely praised.

He's still working on improving it.

And climate change will almost certainly be the issue that finally finishes off O'Toole and his Bigot Party.

But how do I know that an election will come in time to take advantage of all that brutal hot weather? 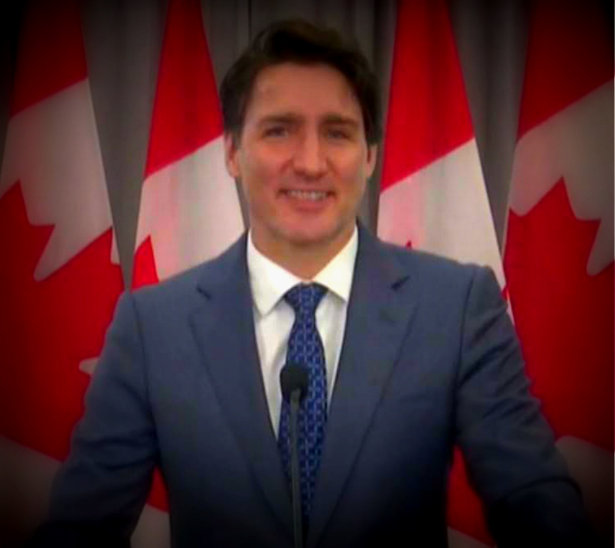 And so he looks good when he wins that new and massive majority.

While the loser Erin O'Toole stews in his sweaty juices... 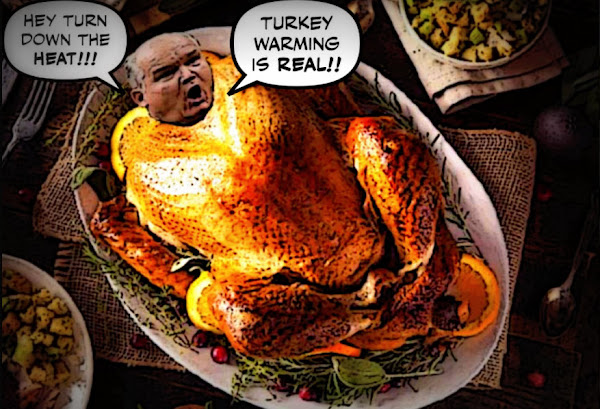 He thought he could get away with ignoring climate change, but he couldn't.

He forgot about the Big Smoke, and now it's too late.. 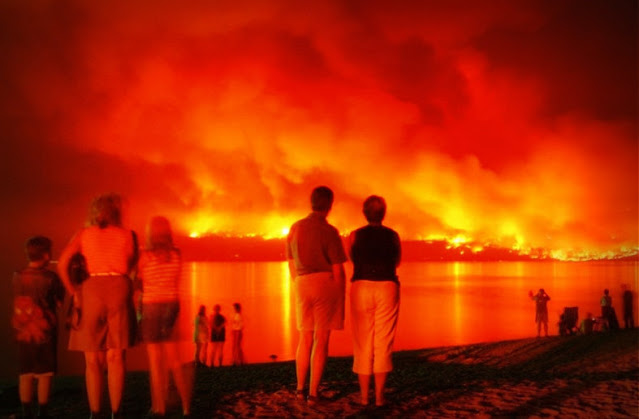 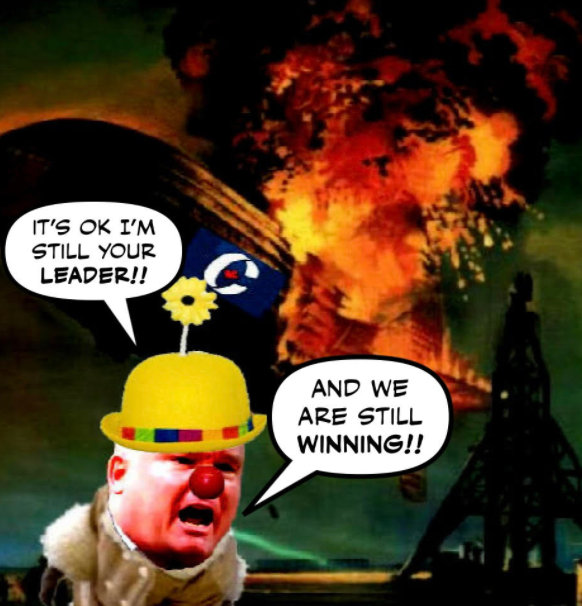 I can't believe the old tool is actually two years younger than PMJT. Justin looks about thirty without the scruff. Paul Rudd could play him in a movie. He's literally shaved two decades off his face. A sure sign of light at the end of the tunnel. "Because It's 2015."

Tool Man therefore fits perfectly for a party whose policies and attitudes come from the '50s. 1850s that is. Pigeon, meanwhile, he just looks like an overgrown brat. He's Ben Shapiro trying on his grandfather's suit. Harry Potter crossed with Draco Malfoy. And that insufferable whining helium voice to boot. The atomic wedgie party.

Harper just looks like entropy embalmed in pancake makeup to cover up the rot of evil in his soul. Looks like Skippy wants to play daddy's favorite Sith apprentice for the next run at "leadership" if you can call it that. With no climate plan, no sign of exiling the religious extremists, and no policy platform besides "Trudeau bad," the Cons can go ahead and burn themselves for all anyone cares.

Is Harper still taking advice from Trump?
Will Steve ditch O'Toole and replace him with the only man capable of leading Canada away from its successful Covid recovery... Harper!?

O'Toole should never have allowed that photo to be taken, never mind to be published. I suspect that his chief image consultant is a frustrated comedian with superior powers of persuasion.

We really needed to be reminded of the Great (Practicing) Economist. Poilievre always seems to have his finger on the wrong things and has a very unappealing image. I can't understand how or why he continues to be elected.

Justin is a very good campaigner. He shaved off the beard to remind us that, aside from being very handsome, he has an appealing smile and a high standard of personal hygiene, as noted in his course reports.

It doesn't get any better for O'Schmeagoole as he slipped in two of the fourteen words in a recent blurb about "securing the future" for Canadians. Not a word about indigenous ailments or possible solutions.
That does not mean the Liberals should casually jog to the finish line, however. RObert Fife, Brian Lilley, Adrienne Batra, the National Post cronies will launch vile, personal attacks against PMJT and his family.

Thankfully for us, and Canada, most of the population in the Maritimes and key counties in Ontario and QC will vote Liberal, hopefully to a whopping majority.

And then, Pierre Poilievre will be leader. And what a tasty morsel he'll make for Chrystia Freeland. :-)

Hi Jackie….Yes, I’m glad to see that Justin Trudeau has a new/old look just in time for a fall election. I never understood why he wanted to grow a beard, and he looks about ten years younger without one. As for O’Toole, there is a lot of chatter on Twitter about how O’Toole may have photoshopped that ridiculous shot of him jogging, to make his thighs look bigger app more muscular and his stomach less jiggly. I’d like to say more but there is a limit to what I can say about that loser. Especially since I don’t think he’s going to be around for very much longer.
Happy Canada Day!! 🇨🇦🇨🇦

Hi Unknown….I don’t know whether Harper is taking advice from Trump, but since they are both mega losers I wouldn’t be surprised. Like Andrew Scheer , Harper was desperately hoping that Trump would win his election, and when he lost it must have seemed like the end of the world. Thank goodness for Joe Biden, thank goodness for Justin Trudeau….

Hi John….That photo is one of several of O’Toole jogging, and like all the others it looks staged to me. As I told Jackie several people on Twitter are suggesting it was photoshopped to make O’Toole look fitter, or more manly or whatever. But it was as you point out it’s an epic fail and had people laughing all over the internet. However, the idea was also to portray O’Toole as more Canadian than those who are using this Canada Day as a day of reflexion, and we can expect to see more of that ugly message as the election approaches. O’Toole is a far right extremist and the more desperate he gets the more he will resemble Harper and/or Trump….

Hi Pierre….I also found O’Toole’s Canada Day messages to be grotesque. Using the day to try to stir up hatred against indigenous people and their supporters is evil and desperate, and needless to say shows that he hasn’t an ounce of class. However, I agree that we can’t.just coast to the finish line, because as you point out, the Con media is sure to attack Trudeau like a pack of rabid beasts. Fortunately Trudeau now enjoys the support of a broad coalition of Canadians, so I don’t think they will be able to hurt him. And their desperate bias will only make a majority even sweeter. Happy Canada Day!!!

A photo shopped wannabe striving to lead a photo shopped country. If the picture bleeds a little reality around the edges there is always someone to blame because a Conniver knows there is nothing like a few dabs of dark emotional paint to mask out reality.