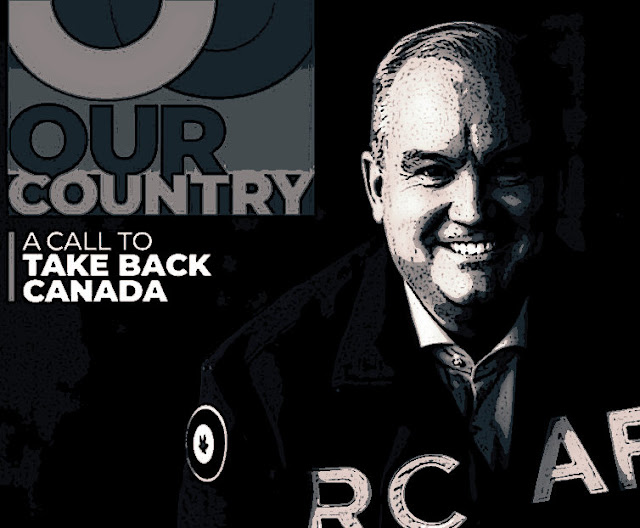 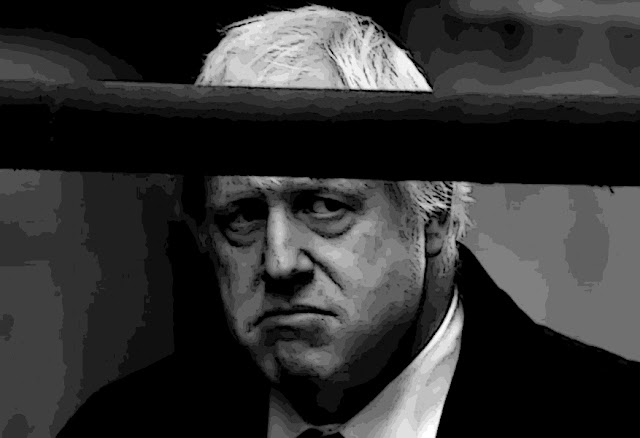 They are produced by a pack of young right-wing New Zealanders, Australians, and Brits, who among other things helped the ghastly Boris Johnson win his bloody majority.

The federal Conservative party has tapped consultants who helped land a majority government for U.K. Prime Minister Boris Johnson to help plot Erin O’Toole’s political strategy, the Star has learned.  Stack Data Strategy has been contracted to help inform Conservative strategy in the lead up to the next federal election, according to three sources.

The Star has also confirmed that the Conservative party has contracted Topham Guerin, a digital consultancy firm with offices in the U.K., Australia and New Zealand, to boost the party’s social media presence.

And these young foreign masters of the universe have a take no prisoners mentality.

In a 2019 speech, co-founder Ben Guerin told an Australian audience that effective social media campaigns should be like “water dripping on a stone” — repetition being key in embedding a message in voters’ heads.

Which couldn't be uglier, more RepubliCon, or less Canadian, but is oh so familiar. 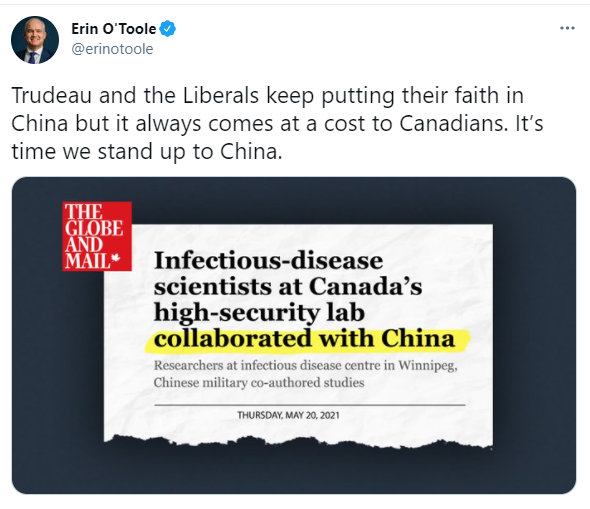 The mindless repetition, "like water dripping on a stone", the fear, the anger, that's all we ever get from O'Toole

Even though stoking anger and fear in the middle of a pandemic is so morally depraved, it alone should render him and his Cons unfit for office.

And the good news? The Cons are only selling out to foreign interests because they're desperate.

Bringing on experts in delivering conservative wins is meant as a signal to the party’s brass and base that O’Toole is intent on doing things differently this time, insiders said, even if whatever the firms provide may not be that different than what could be done by local groups.

But at the same time, to consider the move a stroke of strategic genius that will keep O’Toole in as leader if he fails to win the next election would be folly, one long-time campaigner said. “There is no amount of data that will save Erin O’Toole.”

And two, they have employed foreign advisers before.

Like the time Stephen Harper hired Sir Lynton Crosby, the Australian so-called Bigot of Oz, to help him win the 2015 election. 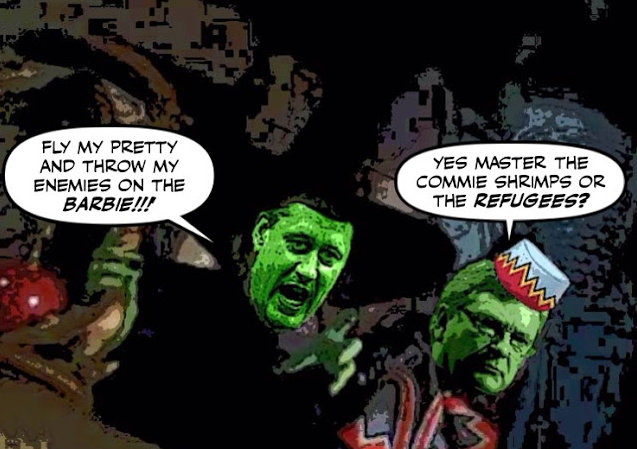 Only to end up laying a bigot egg... 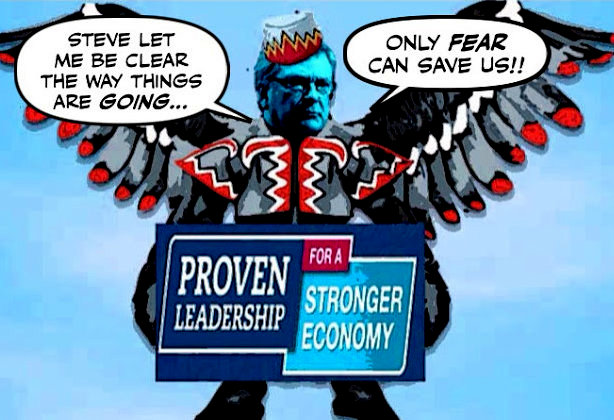 And barely making it to the finishing line... 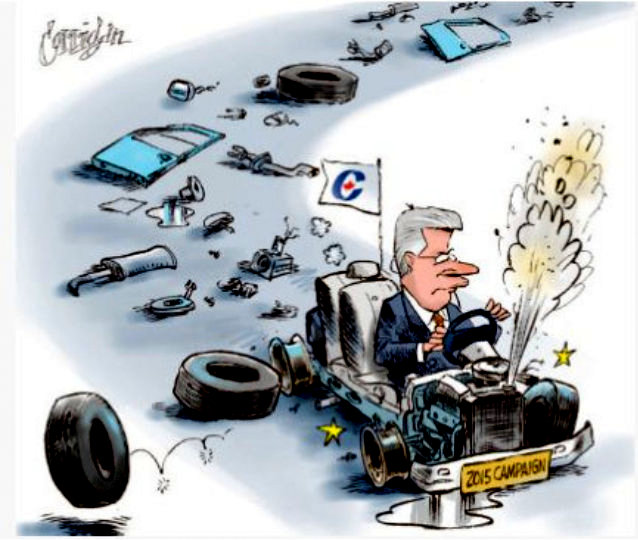 You know, I have no idea why the Cons are so attracted by foreign advisers. Or why they hate their country and its people so much.

Asked about the criticism that the Conservatives could have turned to Canadian political operatives, one senior O’Toole source said simply “the campaign is not an employment agency, it’s an election-winning organization.”

“We want the best talent in the world that’s available to us to help us achieve that, and that’s what we believe we have,” the source said.

But I am sure of one thing:

If Canadians come to see O'Toole and his Cons as the stooges of far right foreign interests. 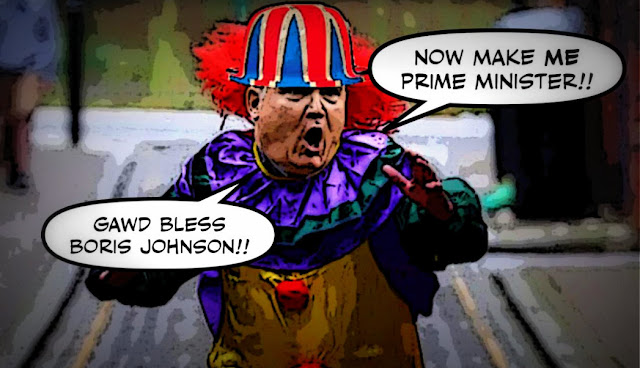 And we'll make sure they do.
Most decent Canadians will reject those sorry Con losers, those Johnsonite collaborators.

And make it clear that they prefer their leaders to be one hundred per cent Canadian. 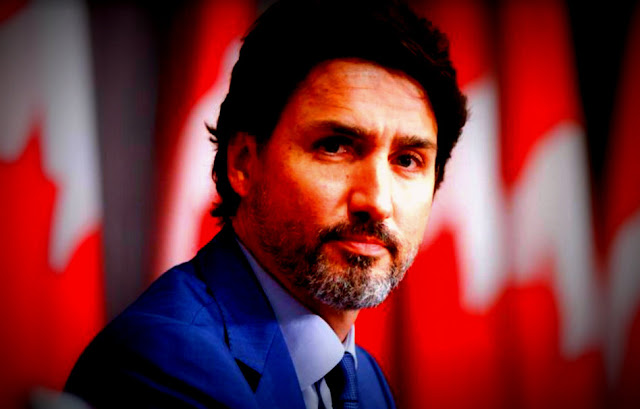 Johnson ran against Jeremy Corbyn: The errant old fool has to run against Trudeau. The kids in short pants will be wasting their time and reformatory money.

Simon, they all use foreign political advisors. In the last election, JT and the Libs used Jen O'Malley Dillon of Precision Strategies. Jen was Obama's deputy campaign manager and executive director of the DNC before going into consulting. I'm having a hard time getting worked up about Cons doing the same.

Hi rumleyfips...It's true that O'Toole's foreign advisers had an easy target in the poor hapless Jeremy Corbyn, but those twenty-somethings are a brilliant and ruthless lot and with the media on their side they can still do a lot of damage. I would suggest that they be investigated to see if their data mining is legal, before they can steal the election...

Hi anon @1:21. No I'm sorry I don't agree. No campaign has ever been taken over so completely as have O'Toole's desperate Cons. And if the Liberals did use advice from an Obama adviser, I'm sure that Jen O'Malley didn't recommend the kind of things that Johnson's boys in short trousers used against his opponents. Or support a man who wants to privatize medicare and kill public broadcasting in the UK, just like O'Toole wants to do here. So if I were you I take
that threat very seriously indeed...

Tool will find Canada is neither England or America.

When a party is as idealistically and morally bankrupt as the Cons, they would be nothing without their myriad of big lies brought to you by the Con rage machine, lowest forms of politicking the world has ever seen. It works well on the common Con numbskull but for the rest of us? Not so much. Their assault on the majority of Canadian's collective intelligence will backfire tremendously and following the next election, they'll all have to slink back to their respective "Mar a Lago's" to lick their wounds and wonder how it all went so horribly wrong.
JD

Hi anon@4:34 pm....I understand what you are saying, except that everybody knew what kind of person Boris Johnson really is, and still they worked to deceive people into voting for him. So Indon’t care how good they may be, but without a moral compas they are nothing to me. And since by hiring them O’Toole has shown us that he doesn’t have a moral compass either. If we lose sight of that O’Toole could do to this country what Johnson has done to the UK. And I will never accept that...

Hi Steve....History will record that O’Toole first tried modelling himself after Donald Trump and then shifted to Boris Johnson thus showing that he is not a real Canadian politician and is and always will be be unfit to govern this country. Canadians who are too dumb to understand that will end up living in a country they don’t recognize....

Hi JD....You’re right, the Cons were attracted to Boris Johnson’s little helpers because they recognize evil when they see it, and they want it for themselves. Unfortunately our shabby Con media seems to be OK with that, so we are going to have to create a social media storm to expose their little helpers before they can do what they did for Johnson, and empower the Cons to change this country beyond recognition. We have our work cut out for us....

On a scale of one to ten where Dick Cheney is pure evil, where does BOJO fit, 11?

Hi Steve...Dick Cheney is one of the few men that could make Boris Johnson look better than he is. But like Cheney Johnson is a bully and a most disgusting human being:

Cons are takers while giving back little in return so its only natural they would gravitate to strategists that promote a sure fire way to win by masterfully exploiting negative emotions such as "arousal motions. We’re talking anger, excitement, pride, fear". What the idiots don't realise is that we are all in the same boat together and punching holes in one section eventually floods the rest. Mother nature cares nothing about who wins the mutiny on board just whether or not the boat can stay afloat on a ever changing sea. Of course Cons don't worry about this as they have mother nature's Boss on their side and besides winning at gambling is such fun especially seeing the anguish on the faces of the losers. Unfortunately mother nature owns the casino, not the hapless Cons, where winning on their terms is still losing.

Yeah for some reason the cons in Canada seem to be obsessed with the Aussie blokes... not sure why?🤔😁

Hi RT....The Cons have no policies, or none they dare publicize, so the only way they can win elections is by taking down their opponents by whatever means necessary. Harper tried that and failed, Scheer tried that an failed, and hopefully O’Toole will suffer the same fate. But I should also say that the twenty somethings at Topham Guerin are very good at what they do, so they can’t be underestimated. If new polls show the race tightening anything could happen....

Hi Jsb....I don’t know why the Cons are always looking for foreigners to save them. They don’t seem to trust Canadians and I think that’s pathetic. There are some very good political operatives in this country, but sadly it’s an old story. However I should point out that their media advisors Topham and Guerin are both New Zealanders...