The Traitor Cons and the Trudeau Derangement Syndrome 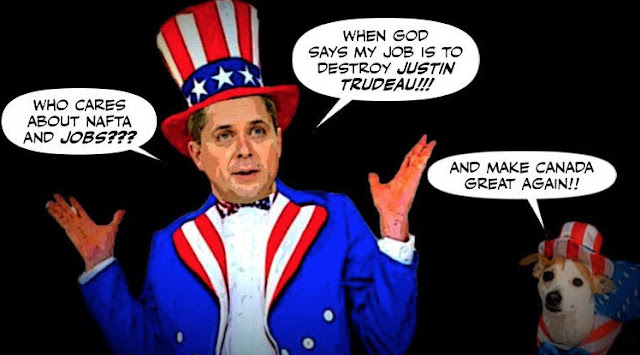 As you know, I believe that the decision by Andrew Scheer's Cons to take their campaign against the Khadr settlement to the U.S. on the eve of the NAFTA talks, can only be described as treason.

So I'm glad to see that even some in the Con media agree.

Conservatives are entitled to object to the Liberal government’s $10.5 million payment to Omar Khadr, even to make as much political hay of it as they can. But taking their quarrel to the United States is a little too close to treason in these sensitive times.

But don't expect Scheer to agree. 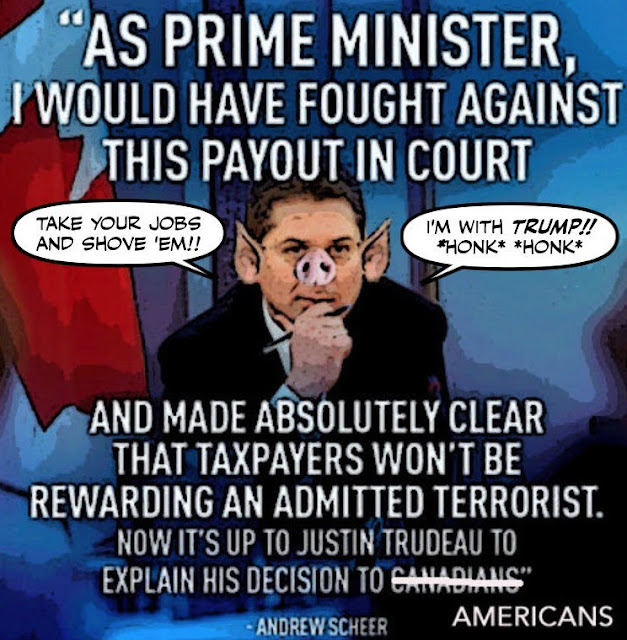 Because he's not sorry.

"The only person that's trying to make a link between those two issues is Justin Trudeau and the Liberal Party," Scheer told reporters in Ottawa. "It's so clear why they are doing this because they realize they are so offside with the overwhelming majority of Canadians."

And the reason he's not sorry is because he's as Canadian as a three dollar bill.

And the traitor Cons are still the party of Stephen Harper... 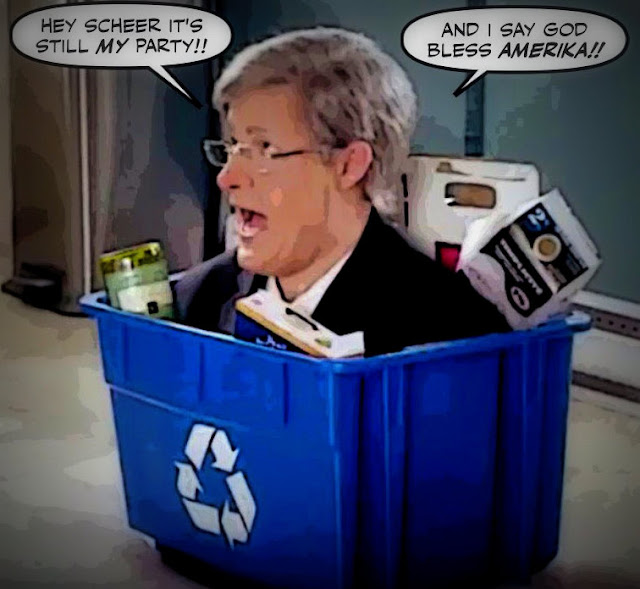 And as we all know, Great Ugly Leader has always suffered from a severe case of Justin Trudeau Derangement Syndrome (JTDS). 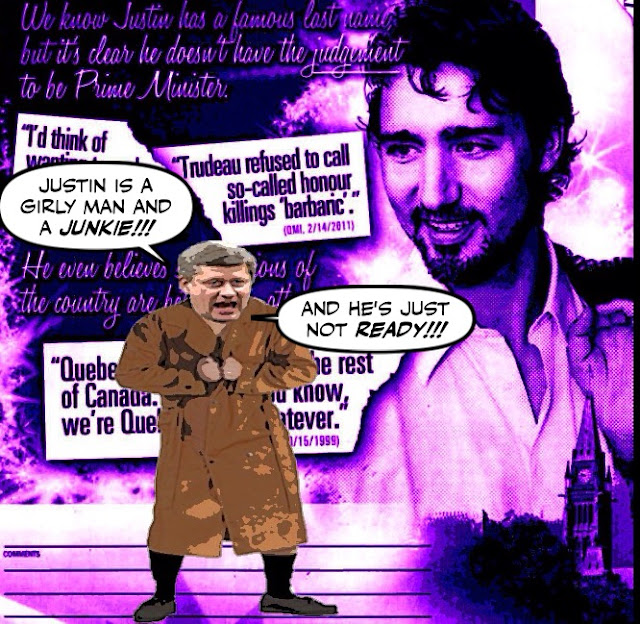 A feverish obsession to destroy Trudeau which exceeded the bounds of depravity, and took this country to a very dark place.

But as we also all know ended badly for not so Great Leader, when his JTDS became so acute he had to be wheeled out of office.

And no doubt because he was so humiliated by the man he claimed over and over again was "Just Not Ready."

He is clearly still bitter... 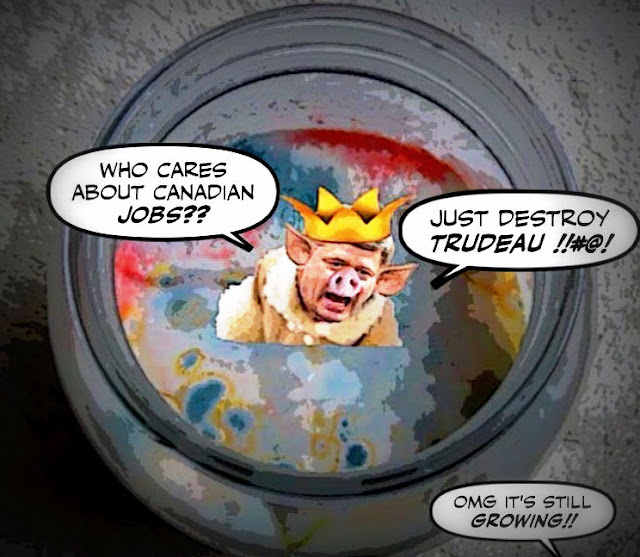 As is his faithful disciple Andrew Scheer, who conceals his inner Harper behind a Ted Bundy smile. 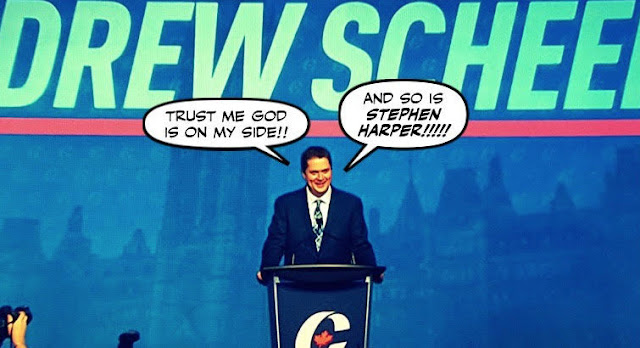 For like his mentor Harper, he will always put his party, and his god, before his country.

Poll after poll keeps proving the Cons and other Trudeau-haters to be losers.

“Despite a series of difficult decisions by the federal government, we find little evidence that Canadians feel any worse about the government today than they did in May. The government’s approval rating is up slightly, its share of the vote remains stronger than it received at the last election, and most Canadians are feeling good about their current and future economic prospects.

Trudeau is more popular than he was on the day he was elected, even in places like British Columbia... While the Cons are not only losing the present, they're losing the future.

A striking generational divide is evident in our latest numbers: the Liberals have a strong lead among Millenials and Gen X voters. The Conservatives are competitive with the Liberals among Baby Boomers and those in the Silent Generation.

And for that we must thank Stephen Harper for leading his Cons into the Valley of Death and Treason. 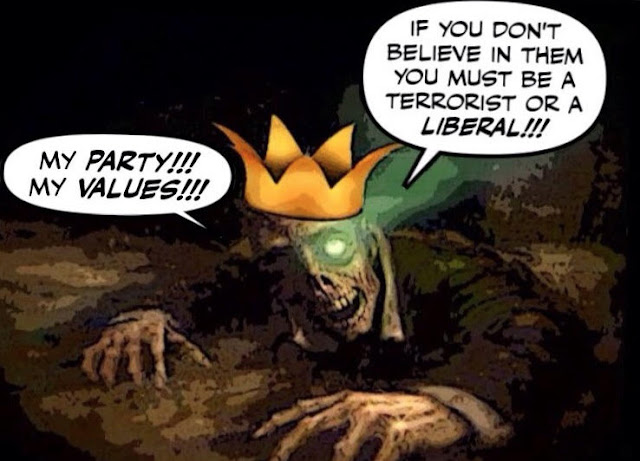 You know, while travelling in Europe I have been astounded at the positive way Canadians are now viewed thanks to Justin Trudeau.

And with the support of the new and rising generation.

Will almost certainly be Prime Minister for a long long time... 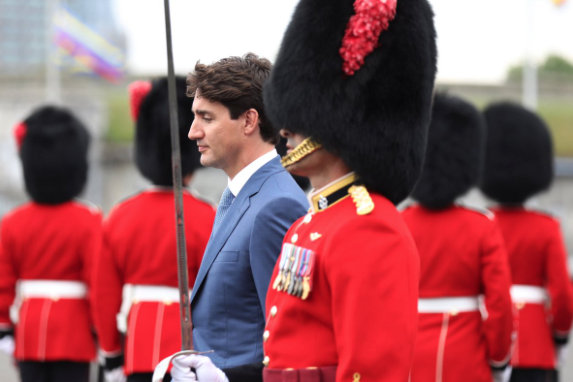 What the village idiots have done is equivalent to Trump actually appearing on Russian television begging for their assistance in defeating "crooked Hillary". Even Trump had marginally better sense than that. Stevie's consulting business must be a little slow these days but not to worry it should pick up if Kenney wins the demolition derby in Alberta.
RT

Whether or not we agree with the settlement or the manner in which it was handled, we've got to hand it to the cons for sticking to their playbook. I guess the reality is that they just couldn't have stopped themselves even if they'd wanted to. It's in their nature to exploit any opportunity to misinform the uninformed. Who could be more incompletely informed or more thoroughly misinformed on the Omar story than the American public, and who within it more so than a Trump supporter? The cons would be suffering nervous fits if they'd left this one sitting there.

Trump will no doubt be grateful for the extra red meat that our pus-for-guts jackasses are serving up to his base free of charge. Better than found money. It looks like another win-win.

Welcome back Simon, I missed you. I hope you had a good holiday in Scotland, but the Cons are out of control, and we need you to go after them!

How much of this Con vitriol is being offered up to cover Harper's butt because of his role in denying Kadr his Charter Rights? Does he fear a civil suit? I mean the Chretien gov't wasn't right in its conduct either, but Harper, personally, took it to a whole new level. Harper has even got the wife and kid involved in this, along with his Con acolytes. "Me thinks the man doth protest too much!"
ML

Good thing trump is distracted by some pretty big news. As he continues to fail, he will be further isolated and I doubt he will take an axe to one of his last remaining friends (or so he thinks) Justin from Canada.

Normally I'd say send him here.....we have some pretty deep tailings ponds. But then we're still stuck with the last Con goof that jumped ship to provincial politics :(

hi RT...I wouldn't be surprised if Harper was trying to boost his consulting business in the United States. But at least it should remind Canadians who he was and how toxic is his legacy...

hi John...The problem for the Cons is that they may stir up some Trump supporters in the United States, but those Trumplings can't vote for them. And Canadians who can, aren't likely to be impressed, especially if it costs this country jobs. As I said in my post they are the Harper Party and they just can't help themselves....

hi anon...thank you, I had a great time, and it would have been even better if I had been able to ignore the Cons latest disgusting behaviour. But I just couldn't, and now that I'm back you can be sure I'm going to make them pay for that... ;)

hi ML...I'm sure that the Cons are trying to cover up the fact that if the settlement is so large it's largely because Harper ignored two Supreme Court judgements. But I think the main reason is that they were, are, and will always be disgusting anti-Muslim bigots, and the believe they can win votes in this country by pandering to racists. They tried that during the last election campaign, and until they are crushed beyond recognition they will never change...

hi anon...you're right, Trump has bigger fish to fry, and since he is so isolated he probably needs Trudeau more than Trudeau needs him. But the Cons are still going to wear this one for a long long time...

hi Way Way Up... I don't blame you. I saw Kenney on TV last night for the first time in quite a while, and it was a horrifying sight. He was so puffed up he reminded of a blow fish. I never thought I might have to support Brian Jean, but I might have no choice... ;)