The Week Donald Trump Set The White House On Fire 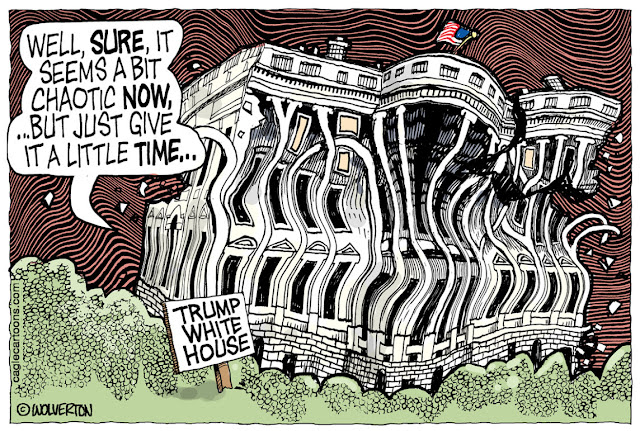 As the conservative author and broadcaster Charlie Sykes said, it was the week when President Pyromaniac set the White House on fire.

His worst week ever.

In five torrid days, the US president alienated conservatives by savaging his own attorney general; earned a rebuke from the Pentagon over a rushed ban on transgender troops; watched impotently as the Senate dealt a crushing blow to his legislative agenda with the fall of healthcare reform; ousted Priebus; and threw a human grenade – the new communications director, Anthony Scaramucci – into his already dysfunctional White House.

The week when Donald Trump turned a Scout jamboree into something resembling a Hitler Youth rally.

A week when he never sounded more like a fascist dictator.

Or as Maureen Dowd writes, a narcissistic maniac.

You’re a killer and a king or a loser, as Fred Trump liked to say. And anyone who doesn’t understand that Trump is more important than the G.O.P. or the institution of the presidency is, in his mind, a loser. Anyone who doesn’t get that the loyalty should be for him personally, rather than the country, is, to Trump, a loser.

A man trapped in a caricature of masculinity, but who just can't get it up, or get it done. 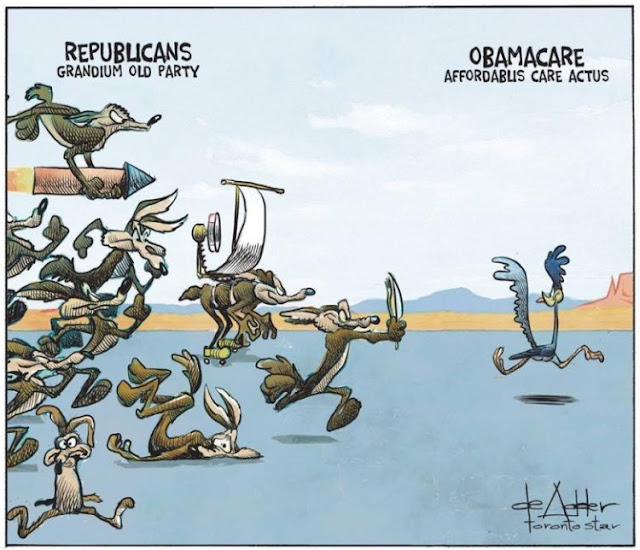 After all his bragging about being a great negotiator and closer, it is President Trump who can’t get it done.He couldn’t even close the deal on a pathetic, bare-bones health care bill, ineffectually bullying Lisa Murkowski, a Republican senator from Alaska, and failing to win over John McCain, who gleefully had his revenge for Trump’s mockery of him as being a loser because he was captured in war.

A president who has never looked weaker or more isolated.

Congressional Republicans are losing their fear of Trump, making ever more snarky comments about him. North Korea is shooting off missiles and the White House is flustered. The generals are resisting Trump’s tweet edicts. The mortified leader of the Boy Scouts had to apologize for the president’s suggestive and partisan speech.

And what could be weaker than that?

As David Frum points out, The Congressional Republicans wouldn't be losing their fear of Trump if they didn't see the writing on the wall.

The president has achieved the lowest approval rating ever recorded for a chief executive at this point in his tenure, despite generally favorable economic news and the absence of any acute foreign-policy crisis.

Or see the disaster ahead... 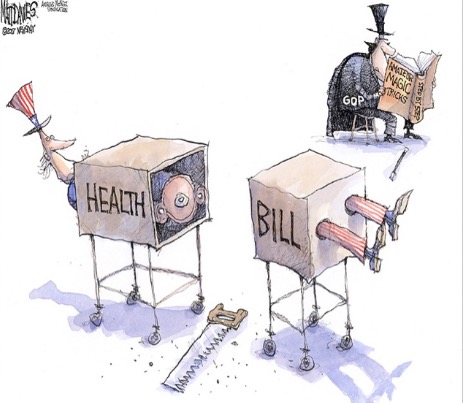 Republican talkers have been warning that the failure of repeal would doom the party’s chances in 2018. That’s not quite right: Repeal would have been so unpopular that its success would actually have been the worst GOP outcome. But what is right is that the internal party dysfunction—and White House chaos—that produced the repeal failure is also leading to electoral defeat.

It may well produce an electoral defeat of the epic scale of 2006 and 2010 for the party of the most disliked and distrusted first-term president of modern times.

And then, as Charlie Sykes says, there is Anthony Scaramucci, Trump's new communications director.

Who in a recent interview suggested among other things, that Steve Bannon sucked his own cock... 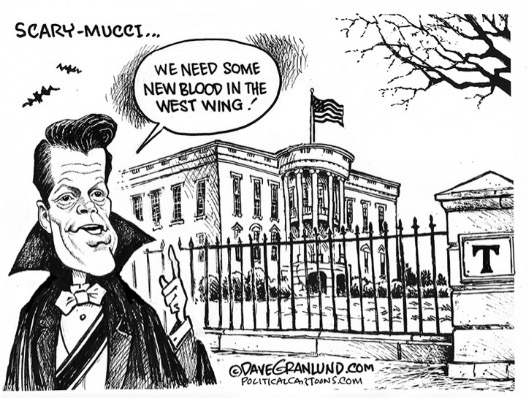 And whose appointment says so much about the Trump regime.

Will he let himself be humiliated like he helped Trump humiliate the hapless stooge Reince Priebus? 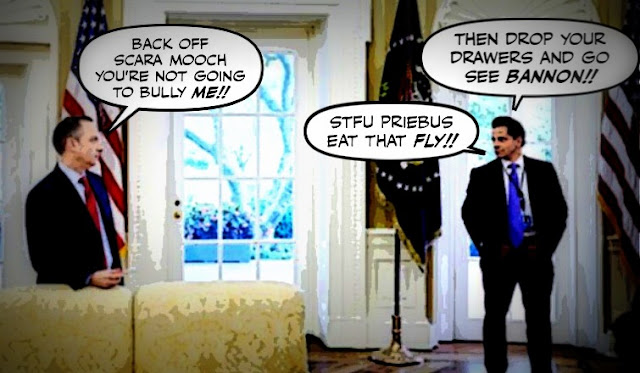 Or will he stand up to Trump and say this?


And end up as badly as all the others?

Who knows? We are indeed well past the rational world.

But one thing is for sure, as I predicted a while ago.

It is the fall of Rome.

And when you make so many enemies, one is bound to get you... 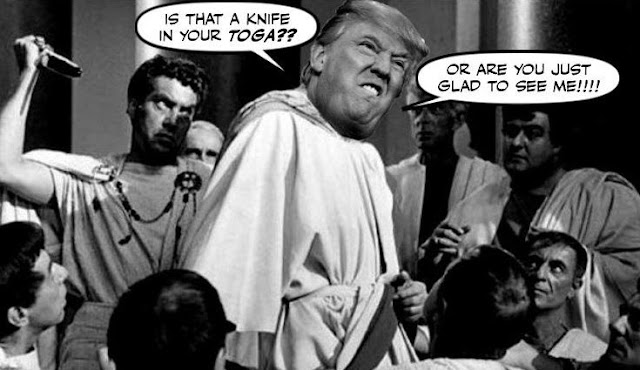 Give that maniac the hook, and the sooner the better....
Posted by Simon at 8:20 AM

Labels: Anthony Scaramucci, Donald Trump, Reince Preibus, The Death of the Republican Party, The Rise and Fall of the Orange Oaf, Trumpcare

Trumps failure is going to be huge, tremendous, it might make America Great again.

He may create a new, better America just by people's revulsion of him alone.

What I'm afraid of is that if he finds himself in real trouble he could start a war and kill us all. Between him and the Trump in North Korea we're in real danger.

The Mooch is Trump's joker,every gang needs one to keep the marked guessing and spread uncertainty and fear. Theoretically more effective than threats coming directly from the midnight Tweeter himself but without any major coups the marked are starting to realize its more bluster than reality.Its unlikely the Mooch will be able to change that perception.
The next move in this bizarre reality show awaits but so far its business as usual..make the promise..provide the entertainment.. fleece the marks...stall/deny/counter attack ... walk away a winner or at worst a draw... move on to the next project.
RT

there was an interesting article on the Daily Beast this weekend regarding Huey Long the governor of Louisiana back in the late 1920s. he build replica of the white house, as the govenor's mansion. His brother also lived in it. If we think Trump is crazy, have a read of the article. there were politicians just as crazy back in the early 1900s who were govenors, just not presidents.

The Observer from England has a great oped up this weekend and the Washington Post had one also. the latter suggested Trump is now a lame duck president Lets hope so.

This will continue to be bizzare and that is what works for Trump. Lets hope some one in cabinet has a look at the constitution, in particular clause 25. might solve a few problems.