The Con Plot to Destroy Canada 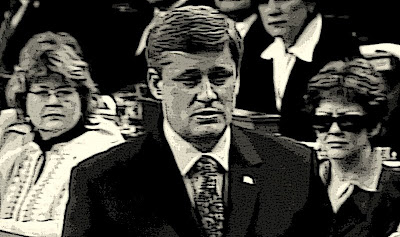 If anybody didn't know what Stephen Harper meant when he said that when he was finished with Canada nobody wouldn't recognize it.

Well now they do.

Harper has ALWAYS wanted to destroy the power of the federal government, so he can de-regulate everything and turn our country into a neocon jungle.

And just as I predicted he's going to use the recession as an excuse to swing a brutal axe.

Because these wretched Cons have already factored the corpses into their books.

The feds are not only airily mulling an asset sale in the abstract, they’ve booked revenue from it in this budget year, and in succeeding years, to the tune of many billions of dollars in total sales.

Which leads to the obvious question: Are these Con projections just wacky?

The federal government will run a cumulative deficit of roughly $167-billion over five years -- nearly double what Ottawa projected in its most recent budget, economists at Toronto-Dominion Bank said Tuesday.

Or are they planning to make up the difference by whacking Canada BLOODY ?

Their foul alien ideology doesn't allow them to raise taxes, so they will wield that axe until it scrapes against the bone. Because a Con, is a Con, is a Con. No matter how hard they pretend to be Liberals.

And there is ALWAYS a sting in the tail.

Which is why I always say......defeat them, crush them, finish them off.

Before they destroy our country... 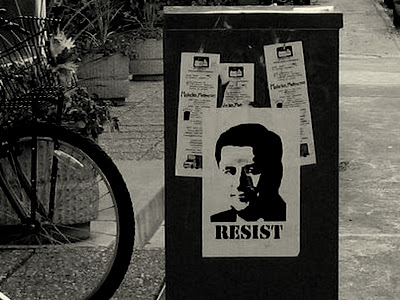 " . . . The feds are not only airily mulling an asset sale in the abstract, they’ve booked revenue from it in this budget year, and in succeeding years, to the tune of many billions of dollars in total sales. . . . "
--------

The concept of reporting anticipated revenues happened once before in recent business history.

It was called ENRON Remember it?

Where is Enron today? Actually it's in the same place as Harper and gang shall be come the next election.

Really, how can you report anticipated revenues from a sale that hasn't yet happened?

Oh yeah, that's Reaganesque laissez-faire economics all over again. It's as welcome as dog turds on the front lawn.

Hi Torontonian...you're right but then it should be obvious to everyone by now that the Cons are making it up as they go along.
You know as worried as I am about the size of the deficit, because we'll be paying for it FOREVER.
What really troubles me is that the Cons have obviously realized that they can use a huge deficit to do what they always wanted.i.e. destroy the power of government.
You know brutally speaking it doesn't really matter who is in power when you spend the money, it's who is in power when you have to pay it back that counts. It better not be the Cons...

Hi Omar...no problem...I'll put you down for couple from the Montreal Simon store. How would you like yours? Blood red or shocking pink? :)
Seriously though it is a rather striking poster. They were all over my Montreal neighbourhood during the last election.
If I see another one I think I'll pinch it and start ironing up those shirts...

Hi Oemissions...it's a beautiful word isn't it? Remind me to order two t-shirts for you... :)