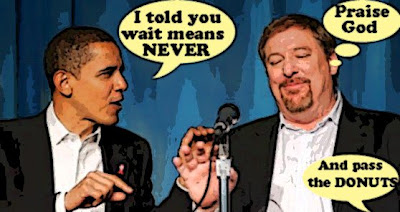 He gave the pig homophobe Rick Warren a central role in his inauguration.

He promised to stop discriminating against gay and lesbian soldiers by repealing Don't Ask Don't Tell.

But he gave in to his generals.

President Obama, who said as a candidate that he would seek repeal of a law denying federal recognition of same-sex marriage, has angered gay rights groups with court arguments portraying the law as a nondiscriminatory measure that "preserves scarce government resources."

The one he once called abhorrent.

He actually argued that the courts shouldn't consider Loving v. Virginia, the miscegenation case in which the Supreme Court ruled that it is unconstitutional to ban interracial marriages, when looking at gay civil rights cases. He told the court, in essence, that blacks deserve more civil rights than gays, that our civil rights are not on the same level.

Obama is quite literally destroying our civil rights gains with this brief. He's taking us down for his own benefit.

I guess Obama is just taking gay people for granted, and forgetting what it's like to sit at the back of the bus. Or what it feels like to be sold down the river.

I don't know what Obama's problem is...how he could disappoint all those people who worked so hard to elect him. But he will pay for this betrayal.

I'm always the last one to give up hope, because what are you left with eh? So I'm still hoping that Obama will have the decency and courage to do what is right.

But right now some things are for sure.

Gay Americans will get to that promised land of equality and dignity.

Hope ain't what it used to be.

And Obama is no Lincoln... 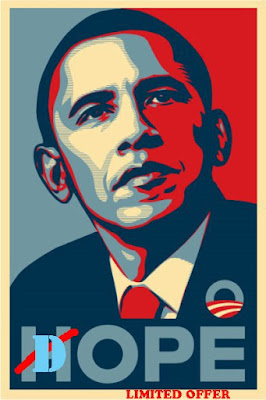 Is it a betrayal or was he "got at" by the evangelists and convinced that he could broaden his voter base by appealing to them?

If that's the case, then it's a matter of pandering and I'm amazed he'd even entertain the idea. What's more is how he could let Rick Warren get his hooks into him.

Obama has to do something to shake off the legacy of the evangelicals who are not Republicans because, at this rate, he'll fall deeper into their sway. The result is that he could become a one-term president like Bush Sr.

But the Christians are having a hard time of it nowadays. Even here in Canada, Crossroads (the 100 Huntley Street people) are under a bad situation with a Ponzi scheme attaching itself to some of their leaders. I should say former leaders, they've left for now.
-----------
I remember what Gerald Ford said in August 1974 after the Nixon departure. "Remember, you got a Ford not a Lincoln".
And Obama is not a Lincoln.