The Other Horror of the Pig Farm Murders 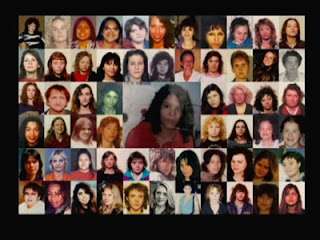 I see a lot of Canadians have already had enough of the Robert Pickton trial. They'd rather not know what happened to all those women.

From the comments in the Globe and Mail:

“No decent person could desire the ghoulish level of coverage you give to this sorry event."

Even though the ugly truth is because so many other so-called decent Canadians looked away for so long, so many women died.

That's the other horror of the pig farm murders.

It's not just a story of a monster and his victims.  It's also a story of a police department and a city that didn't do enough to stop him until it was too late. Because most of the victims were natives, drug addicts, sex trade workers, or just desperately poor.

As if they weren't as human as other Canadians. As if their lives didn't count.

But of course they did. They all had families, loved ones, friends and dreams just like everyone else has Just like Sarah de Vries did.... I  watched a documentary about her life on Radio Canada. And I found it incredibly moving

It included an interview shot five years before she disappeared. In the clip she is shooting up and talking about her life on the street.

"You've got three ways you can go. You can go to jail. You can wind up dead. Or you can end up being a lifer down here. It's not a fun life..."

Or you can zoom just slightly further ahead to 4:45 and watch the most haunting scene of all.... 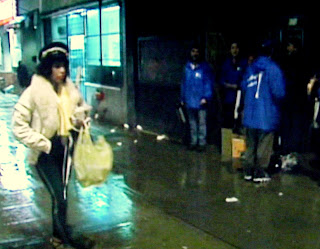 When a few days before Christmas in 1997 a CBC crew is filming some carollers in the Downtown Eastside, and Sarah stumbles into the shot.

She stares at the carollers as if recalling happier times.

Later she writes in her diary:

"Christmas is here again...this year I regretfully announce there will be no tree, no decorations, possibly no turkey dinner. Depression sinks deeper with every new thought....the emptiness grows...last void.... rapid and silent..."

Those were the last pictures ever taken of her. Four months later she vanished. It took years for the police to take her disappearance, and the disappearance of so many other women, seriously.

But as you can see in the documentary, thanks in large part to Sarah's mother and her sister Maggie they eventually did. And the horror of the pig farm was finally exposed.

And now, after all that , the trial finally gets underway...and already many Canadians have had enough? 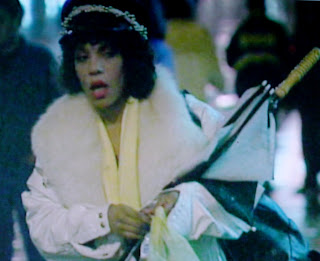 "Will they remember me when I'm gone...or will their lives just carry on? Will the tears fall from their eyes? When they try to say their goodbyes..."

Her loved ones never got a chance to say their goodbyes. Or even bury her remains. All police found was a trace of DNA. And life does just carry on.

But when this trial is over we need a public inquiry. Not just because murder is murder. And justice is justice. But also because as a society we need to confront  our human failures so we can overcome them.

So all those women didn't die in vain. So something good comes out of this shameful Canadian horror show.