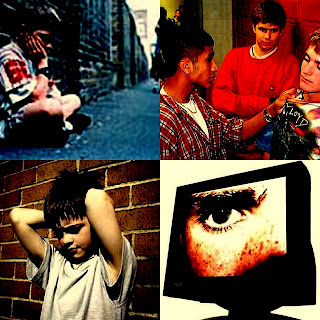 I only made one really serious resolution this year. To do as much as I can to try to stop gay kids, and other children, from being mercilessly bullied in our schools.

But what to do? How do you get people to understand what's really going on? How do you get schools to take the problem seriously? And of course, and above all, how do you save the kids? And punish the guilty. All of them.

Then I saw that the British government is trying to do something about the problem.....by issuing this anti-bullying advisory to all schools in Britain.

"The advisory said that students who taunt gays need to be disciplined and that if detentions and suspensions do not work police should be called in to deal with the problem. It also reminds schools that homophobia is a crime."

"It further suggests that schools set up online reporting systems to allow pupils and parents to make referrals direct if they feel the school is not taking the issue seriously."

And I was ashamed to be a Canadian.

How lucky those gay kids in Britain are to have a government that cares about them. Instead of a government like Stephen Harper and his theocons who HATE them.

Harper and his evil gang of thugs have opposed every measure designed to make our schools safer and happier for gay children. Harper believes that homosexuality is a behaviour rather than an orientation.

Like so many other morally bankrupt Canadians he probably thinks that a little pain in the playground can straighten a boy out. Instead of destroying him. 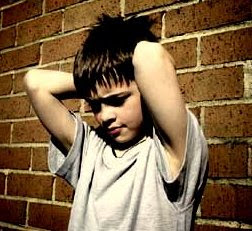 That's why there are so many bullies in Canada. And so many victims. If you want to know how bad our bully problem is just read this. And scroll down to the red and blue charts.

Isn't that great? Canada's SHAME. What does it say about the kind of people we really are?

I don't know if it's the macho bullshit left over from our wilderness and colonial past. Or the thug part of our hockey culture. Or the kind of fucked up thinking that believes you can make a man out of a boy by torturing him. But something sure STINKS in this country.

What's the good of fighting The Great War on Terror in Afghanistan? When thousands and thousands of Canadian children are terrorized every day?

And even the gay community can't do much about it.....because we've been worn down and impoverished by other battles. So gay kids in Britain have all kinds of anti-bullying sites..... like this one

And our kids only got this...

Unfortunately until we can get rid of this homophobic Harper government.... and the monstrous religious fanatics are told to stay out of our schools.

Our poor children are going to have to help and save themselves.

And many will die. Or be damaged beyond repair. But a good way to start is doing what this kid did....

It's not much. And of course it's a little more complicated for gay kids. When talking about why they're bullying you...... can be the same as coming out.

But it's a start. And at least the ad was Canadian. We just have to do so much more.

As I said before....if we can't even protect our children.

What kind of a country are we?

write to every damn MP. and senator. and education minister. and the United Nations. the Red Cross. the Red Crescent. Amnesty International. everybody who is supposed to give a damn. everybody in politics is supposed to be working for you and me and every bullied kid. remind them that minister comes from a word that means servant, as in servant to the public, public servant, civil servant.

sadly, look at the First Servant, aka Prime Minister. boooooooooo.

and when the scope of the fight gets you down, remember how much started with a lady on a bus who simply refused to give up her primo seat.

Hey Jay!! If you keep this up I'm going to have to nominate you for the Righteous Gay Person award. It's not much...but it's the highest honor we got!! I only wish there were more cool straight guys like you. Welcome back buddy!!

This is an issue that I haven’t given proper attention to and should. I have all kinds of stories, some of them very personal, that I can share. More later...

it's enough recognition for me to be able to fight stupidity alongside fellow Canucks like yerself, Simon. however, ma would love to see me get a medal. so I'll accept for her.

it won't affect my chances that I'm a legal resident of the....oh god it shames me to say it...Amerika?

Keeping in mind that I'm 47, back when the ice was still forming I was severely bullied by a state-paid employee - the head teacher of my elementary school (Gault School in Valleyfield, QC) who seemed to think that his status as a family friend would let him get away with it. He was right. I never reported the asshole (now dead).

It's one of the reasons I've been in therapy, for all sorts of direct and indirect reasons, as long as I have.

Throw another log on the fire of hell for Carl Glenn.

Thanks Kenn. I'm sorry to hear that you were bullied too. At first I thought it was just about getting more programs into schools...and it still is. Desperately. But somewhere along the line I realized that to really get rid of bullying we have to change the world into a better place. Because children pick up things from what they see adults do.But you already know that..because you're doing your part :)

How unfortunate. This is sad. That is why, although I use my high status within my school to help others wh are being bullied, I must never let my inner battles show.

Hi Shiva!! You don't have to apologize to me for not wanting to be gay. But if you are gay one day you will have to apologize to yourself. For throwing your life away. Pretending to be who you are not is stupid and dishonest. And it's not up to others to decide who you should be.Take your time, think about it, and when you are ready DECIDE. You sound like a good person for helping bullied kids...so I'm sure the decision will be the right one. Good luck :)