How Justin Trudeau Is Uniting Our Country 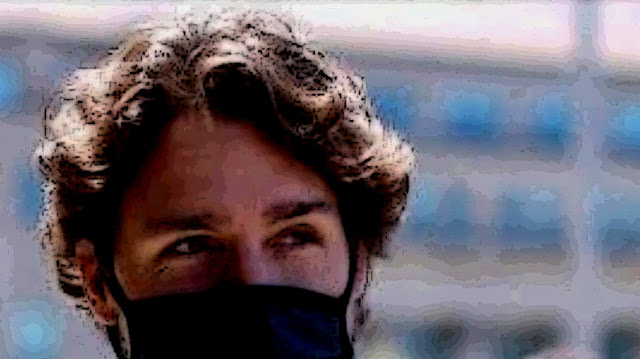 In my last post I looked at how the Con media was still trying to find any reason to attack Justin Trudeau.

Even when he said nothing, and even though they risk undermining the war against Covid-19, with their idiot questions about Donald Trump.

But luckily most Canadians understand that, and they are making their feelings clear. 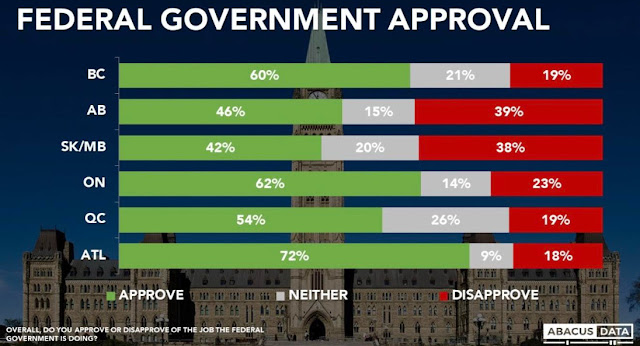 So much so that they are not just supporting, but uniting behind the Trudeau government.

Given the health concerns and economic challenges facing the country, it is remarkable that satisfaction with the federal government’s performance has spiked upwards in our latest polling. But perhaps even more remarkable is that the divisions that marked polling in recent years are muted. People are more likely to share a common view than they were, and than might have been expected.

And what I find really encouraging is that most Canadians who are suffering from this hideous pandemic know they can trust the Trudeau government to help them. 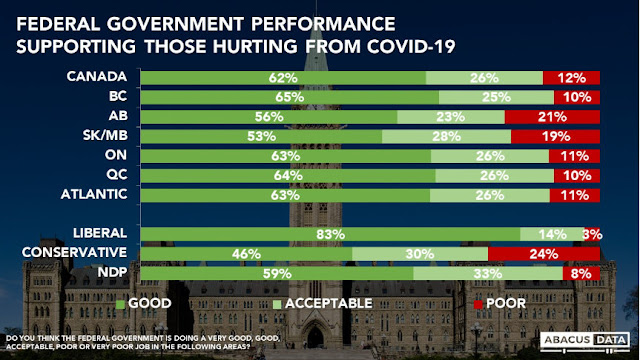 Including a lot of Cons and NDP supporters.

So much for the Ugly American Andrew Scheer, who has accused those receiving CERB payments of being lazy fraudsters. And so much for his shameless stooge Jagmeet Singh.

But what I find even more encouraging is that most Canadians also feel that the Trudeau government is making good progress on climate change. 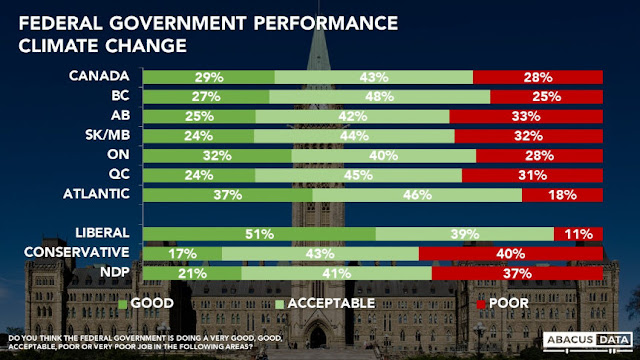 And of course this is the big one, the poll I like the most. 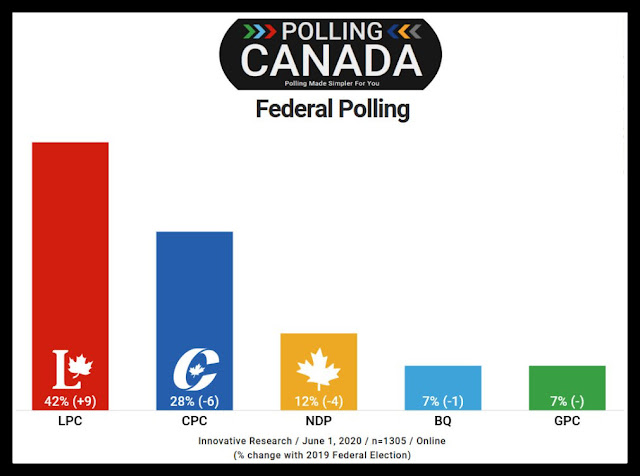 Because it's got MAJORITY written all over it.

And it does explain why the Cons, the NDP, and the Bloc losers are squawking so much.

Of course, as I'm sure you know, none of this is much of a surprise for me.

I always knew that Trudeau had it in him to be one of our greatest prime ministers. 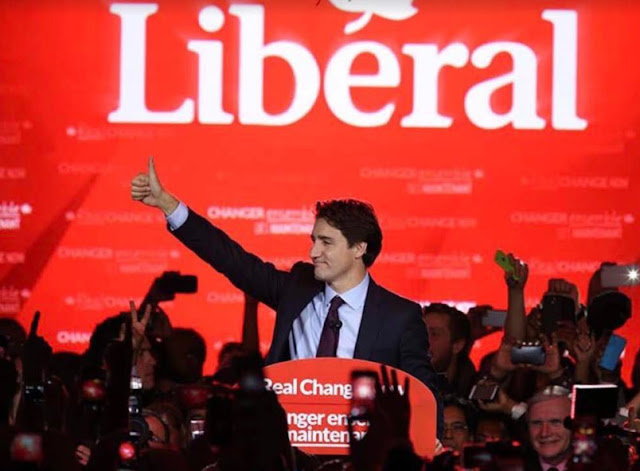 But I have to admit, the screams of the Cons and other toxic Trudeau haters are louder than I had imagined.

And sweet music to me ears...

Lets hope for a majority and some form of proportional representation. I favour the run off election, but really dont care as long as the 28% will never rule us again.

Leader of the free world. Imperfect as all nations are and not without its own challenges and structural inequities, once again Canada is nevertheless the northern star for people seeking light and hope like a bat signal, as they despair of the ravages and chaos south of the 49th.

God save Justin Trudeau. His father's son, his mother's pride, the bane of his enemies' existence. A healer and a teacher at his country's darkest hour. In the clearing stands a boxer and a fighter by his trade. Battle-tested, ready and refreshed, he is the man in the arena.

It is not the critic who counts; not the man who points out how the strong man stumbles, or where the doer of deeds could have done them better. The credit belongs to the man who is actually in the arena, whose face is marred by dust and sweat and blood; who strives valiantly; who errs, who comes short again and again, because there is no effort without error and shortcoming; but who does actually strive to do the deeds; who knows great enthusiasms, the great devotions; who spends himself in a worthy cause; who at the best knows in the end the triumph of high achievement, and who at the worst, if he fails, at least fails while daring greatly, so that his place shall never be with those cold and timid souls who neither know victory nor defeat.

You and Simon sure love Trudeau and the liberals. I'm more in the no viable alternative camp. Theres been many disappointments. Electoral reform, assisted dying and the legalization of cannabis to name a few. Things that got sabotaged by them listening to the conservatives too much.

As for MAiD and the cannabis law, there are points that I would love a friendly (key word friendly) debate with Trudeau about on principle (like MAiD for mental health disorders and the Portugal model of decriminalization), but I'm well aware that the issues with those files are largely the fault of a certain someone who dare not be mentioned. She who couldn't be arsed to give proper attention to most of the files on her desk because she was too busy flying across country with her Koch lobbyist husband, penning a 400-page separatist manifesto that sold out her own people to the prospectors as long as she got a cut, and then at the end, plotting a Kudatah and a vicious character assassination campaign against the duly elected prime minister to fulfill her father's "prophecy" because her feelings got hurt. Trudeau I believe is someone both willing and able to engage in a good-faith conversation on substantive matters of policy. But she who must not be mentioned would just hog all the attention to talk about the only plank in her agenda: ME ME ME ME ME. There hasn't been a worse MoJAG since her predecessor, a certain other someone also known as Peter Potato Patch.

Covid-19 has put a lot of files on the back burner, but I have faith that Lametti will do much better because he's actually competent at his job and not a raging narcissist. About the only thing, and arguably the biggest one, I think Trudeau got wrong was hiring that certain someone else in the first place, which he did as a matter of good faith only to be cruelly betrayed. Could have saved a lot of trouble, including what's happened with Trump, China and those two innocent hostages. Add Glen Assoun to the mix and Miss Priss has a lot of blood on her hands. But at least some of the messes she made have the potential to be cleaned up.

Hi Simon welcome back! I was worried for a while thinking you might have been stricken by the plague. Then I thought you might be sheltering in the Scottish highlands until the worst was over. So I was relieved to see that you were just away on a training course. Progressive Bloggers without you is really boring.

Haters gonna hate, call this a pointless photo op and spew shit on his Twitter feed, but goddamn it this fucking matters. Especially on the same day as Trump said NO KNEELING! Trudeau says just watch me. Oh my

How's that for standing up to Trump, huh? Good enough for you, Reverend Al? Justin said it best when he said nothing at all.

Jason Kenny would be nightmare enough! I feel so soerry for the people of Alberta.

Hi Steve...Proportional representation has been rejected over and over again by Canadians. Maybe one day they'll change their minds, but right now it's just a vanity issue and I think I would rather concentrate on uniting progressives. If we did that the Cons would never win another election....

Hi anon@12:59AM.....The Liberals brought in Assisted Dying and legalized marijuana so I don't understand what is your problem. No leader or political party is perfect, but there is no viable alternative party so you have to support one or the other, and Trudeau is easily the best prime minister I've ever known....

Hi Jackie....Theodore Roosevelt was a very interesting leader, and had some ideas that would be ahead of their time today. I can only imagine what he might do to Donald Trump if he was alive today, but it wouldn't be pretty. As for MAID and the legalization of marijuana I believe both are first steps that can be improved with the passage of time. That's especially true for MAID which has evolved in every country that has adopted it. As for implementing the Portugal model here, that will be harder for a number of reasons. But again as attitudes evolve could one day be possible. In the meantime I still cling to my belief that sometimes perfection can be the enemy of the good...

Hi Marmalade....It's a horrible thought, but what's even worse is the thought of Andrew Scheer as Prime Minister, because that really could have happened, and he would have been just as bad as Trump...

Hi anon....Thank you. I have so far managed to stay safe, and sadly although I have two tickets to Scotland it doesn't look as if I will be able to use them this summer. And even if I could I would have to be quarantined as soon as I arrived, so there really is no place to run....

I hope Schmeer and his NeanderCons are taking notes on how to unite a country. No, I didn't think so. After Trump's stunt this past week so the big douche could have a photo-op with an upside down bible(art imitating life)I couldn't help but think of Scheer and his urging JT to use the military against our indigenous peoples. Two peas in a pod are they. Trump and his GOP bobbleheads and Scheer with his dying vestiges of the ReformaCon party trying their best to divide and conquer. It certainly wont work here and I live for the day that the humongous POS Trump is removed from the white house once and for all. That will be as sweet as the day Harper was booted from office.
JD

Covid is over, police brutality has no vacinne.

I'm no where near informed as you or Jackie Blue. My point is those are flawed legislation. Assisted dying is already in the courts. Their legalization has not replaced the illegal market and is more of a corporative model with former police of all people involved.