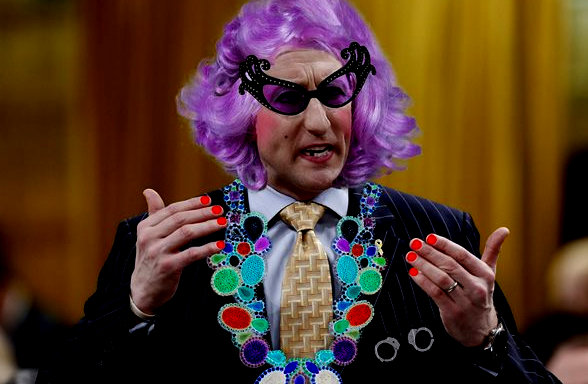 I have always had trouble taking Peter MacKay seriously.

I've always thought of him as a wannabe Margaret Thatcher, who couldn't quite pull it off.

There is a reason I call him Dumbo.

And of course, this doesn't make him look any smarter. 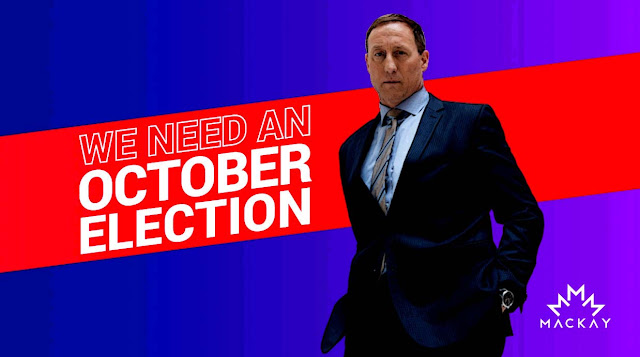 Can you believe it? He can't even count. He thinks he has the numbers to bring down the government.

And he's not alone.

Conservative leadership candidates Peter MacKay, Erin O'Toole and Marilyn Gladu all say that if they're chosen to lead the party, they'll try to topple the Liberal government as early as possible

But don't be fooled.

Like those other Con candidates Dumbo may be an idiot, but he also has another nick name and it's a lot more sinister.

During the darkest days of the Harper regime, he was also known as "Cage Boy." 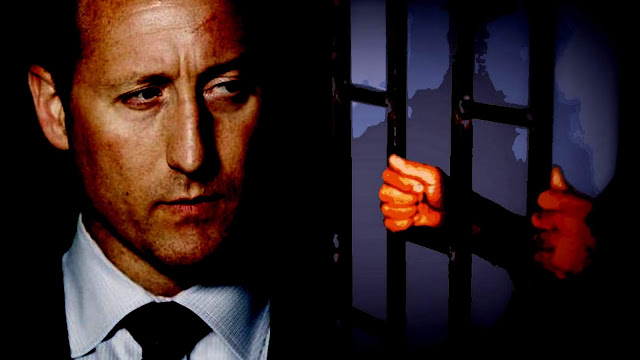 For in the faithful service of his ghastly master, he just couldn't stop trying to jail more and more Canadians.

He just couldn't help himself. He seemed to enjoy it. And he's not sorry.

Peter MacKay says he “will never apologize” for a Harper-era law that was struck down, and found to be cruel and unusual punishment by the country’s top court.

Which should serve as a dire warning to all the decent people in this country.

A warning that Cage Boy's ghastly legal legacy is so authoritarian and so un-Canadian it should disqualify him from ever running for prime minister.

During his time in government and as minister of justice, MacKay drank the mandatory-minimum-sentence Kool Aid. The Harper government introduced minimum sentences for drug trafficking, gun crimes and sexual offences. Most of which have been struck down by Canadian courts as a form of cruel punishment that outrages the standards of decency and were inconsistent with constitutional rights.

For not only did MacKay come up with one fascist bill after the other, when the Supreme Court objected he went after the Chief Justice... 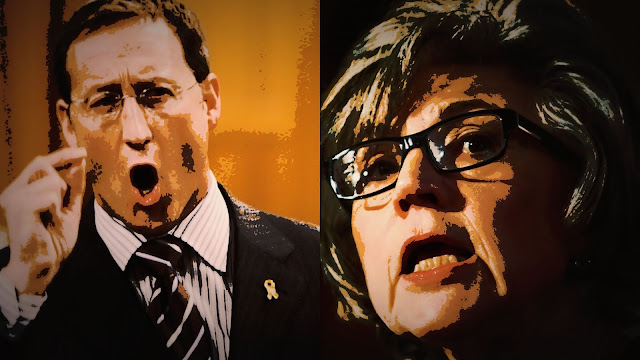 When his minimum sentences were stuck down he publicly slammed the Supreme Court’s decision. It was an unprecedented move. Canada’s Justice Minister and Attorney General taking his frustration to a newspaper’s opinion section to attack the judiciary and undermine the rule of law.

In what had to be one of the most grotesque spectacles I've ever witnessed, a hideous mix of crass bullying, misogyny, and moral corruption.

Public confidence in the administration of justice be damned.

Propriety out the window.

But if you have a judicial application in and were in Peter MacKay’s wedding party – well, then, MacKay is your man.

This is the man who wants to lead the Conservative Party of Canada.

This is the man who would have us believe that he is qualified to serve as Canada’s next Prime Minister.

And really, what more can anyone say? Except this:

Any Canadian who thinks Peter MacKay would make a decent Prime Minister, is either a Con or as Dumbo as he is.

And those who don't fight hard enough to defeat him.

Will wake up in a fascist world, with the brutish leader they deserve... 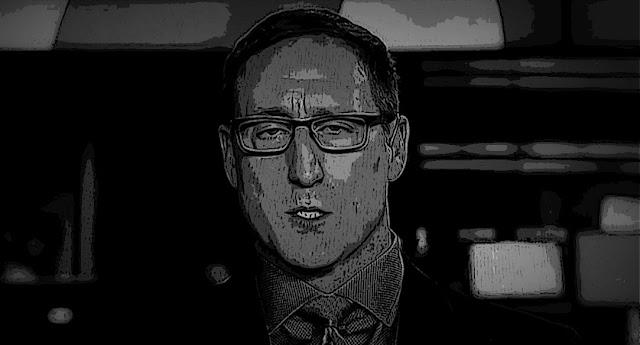 Peter Principle MmmKay is a sadistic Trumpian thug who cheers on racist vigilantes and wants to see kids in dog kennels or even facing the death penalty. But blah blah blah, Trudeau "interfered with the rule of law" because JWR's ego got bruised. I've said it before and I'll say it again: Cons project more than an IMAX theater showing movies on the surface of the moon. Hypocrite, handcuff thyself.

Oh and P.S. did anyone catch that line at the end of his fundraising email about making the trains run on time???

When Dumbo threw his tantrum and maligned and belittled the chief justice, who also happened to be an incredibly competent woman, he denigrated the position of justice minister as its never been done before. He should have resigned his position in shame but when you were part of Harper's tin pot dictatorship, it was business as usual. When our laws and constitution got in the way of Harper's affronts to democracy, they attacked the honorable individuals entrusted to follow these rules of law. They were behaving pretty much as Trump does today. There's really no better description for these lowlifes other than pure, human scum. Criminals in every sense of the word and if Dumbo thinks we've forgotten his epic incompetence as a Harper lapdog then he's dumber than he looks and will only look dumber as he's reminded of his dirty deeds under Harper's reign.
JD

OT but I have a question about polling. Why is ARI even still allowed to operate despite being the Rasmussen of Canada? I got freaked out by a new poll showing the Cons up by 8, but Fournier highlighted a Léger poll showing a statistical tie, and so have subscribers to Nanos who leak out the results to social media. Who funds them? Is it Big Oil??

P.S. Simon, I don't know if you follow LeanTossup, but they're very good on breaking down the numbers through the noise. They described ARI as a pollster with a massively blown election call. Which again brings me back to my question of why Shachi was on PnP tonight and why their horrendously biased push polls are taken seriously at all?

We have a bye-election here on March 10th and the race is on! Provincially the Liberals are in power with election to be in 2021! I'm thinking does it really matter whom I vote for or should I stay home????? I've never said this out loud before! I'm even questioning what some of my favourite political pundits are saying! HELP!

I must say, Simon, your image of dumbo in drag is quite something and is well done, albeit rather frightening. Conversely, seeing dumbo in his attack ad with his Mr. tough guy look is quite hilarious. Exactly who is he trying to appeal to? The perpetually angry white males of the Con base or as I like to call them, perpetual whiners. The contrast of the two images couldn't be more profound in that Mr. tough guy looks like some asshole lobbying to get his teeth knocked out and the drag queen is quite simply as ugly and ridiculous as the man himself. Art imitating life I'd say.
JD

Every vote counts, Marmalade. It's a civic duty so many have fought for. I would go. Support your local Liberal. I voted in the Democratic primaries for my state and couldn't be prouder.

As for pundits, ignore them. They're full of shit.

Breaking news, Kenney wants Top Gun. I guess Pink Pistol Pete wasn't true blue enough for him. How cute. Happy (early) St. Paddy's Day, no better time than ever to drive ALL the Con snakes out of Canada.

May the road rise to meet you, when you fall into a ditch.
May the devil rise to greet you, you son of a bitch.

Assuming the enemy of my enemy is my friend, tarry Reform a Con Kenney's endorsement of the Tool would make helicopter Pete our friend. Unfortunately Pete is no friend as he is a switch hitter and will sell out to the reformers once he has roped the moderates into the web of deceit. At least the Tool only wears blue lipstick and does not troll as a cage fighter in a purple wig. The image is both accurate and priceless, even better than Kenney in his hookers costume.