Getting it right on Afghanistan 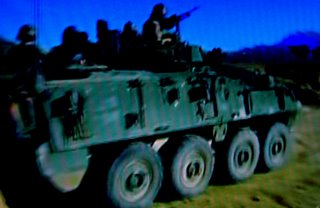 I wanted to write about other things today. Nice things, like the coming of spring, and stuff like that. But all I could think about today was this story. So now we're really at war. And like a lot of other Canadians sometimes I'm not quite sure what to think of it all. I'm conflicted. It seems so strange to see our soldiers over there actually doing some killing.

I'm sure of one thing though. We don't have to worry about our soldiers knowing what to do. They'll do the job. Do their duty. While we make up our minds.

You see the soldiers heading into bandit country tonight not only believe that what we're doing there is right. They also belong to one of Canada's most decorated regiments. A regiment with an incredible history of service and sacrifice.

Vimy Ridge, Passcheandale, Frezenberg, Sicily, Monte Cassino, Appeldoorn, Egypt, the Congo, Rwanda, Somalia, Croatia, Bosnia. Those are only some of the battles and peacekeeping missions they've taken part in over the years.

They were also the first allied force to enter Amsterdam. Can you imagine that? Of all the things this country has ever done, the liberation of Holland is the one I'm proudest about. I can hardly think of that without choking up. If you don't know what that was all about, you can listen to this audio clip.

Now I admit I come from a military tradition. Part of the history of my family, is in a hall in Edinburgh Castle.

But I don't glorify war. I've seen it too up close and ugly for that. I've seen bodies without arms, legs or faces. The stinking aftermath of a massacre in Guatemala. The red meat aftermath of a IRA bomb attack on a five man British border patrol .The so-called churn bomb was packed with chunks of jagged steel. They could have picked up the pieces with tweezers.

No war really is hell. The rah rah rah of chickenhawk politicians and some generals is bullshit. Like most Canadians I'd much rather our troops were engaged in traditional peacekeeping duties. I've always liked our Boy Scout image. But sometimes if you want to protect our freedoms, and the freedom of others, you just have to fight, or let civilization and democracy collapse. They're our soldiers, so they are doing that.

Nothing about this mission in Afghanistan is inconsistent with our Canadian values, or different from any other mission we've been asked to participate in before. If you're having trouble with that, read this excellent post.

My only objection is that we got into this new mission not because we really wanted to, but only because we wanted to make up to the Americans for not taking part in their insane war in Iraq.

And because the Americans fucked up, and as things stand now, the odds are stacked against us. We're stuck fighting a counter-insurgency war we cannot win. 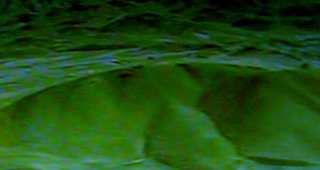 As long as Pakistan allows its border region to be a sanctuary for Taliban guerrillas, and Arab suicide bombers, we'll never be able to accomplish our mission. They'll bleed us dry, as the Taliban have vowed to do, until the day we leave.

For me job one is making sure that Canada and other countries put enough pressure on Pakistan. to leash its Taliban puppets. They're putting on a show now, after doing fuck all for five years. We've got to make sure that show goes on and on and on. And figure out what to do if it doesn't.

After that we can have a national debate. I think that would be a good thing. I imagine that some of us will always be against the war. We're a sleepy peaceful kingdom with many pacifists. That's what makes us Canada. Eh? But at least when it's over we'll all be able to recognize the difference between what our soldiers are doing in Afghanistan, and that crazy war in Iraq. And that alone would make it worthwhile. Because I'm afraid a lot of people are getting the two confused.

But before we have that debate I believe we all have to agree on two things.

One. We can't pull our troops out. We've made a commitment. We're there for at least two six-month stints. To even talk about pulling out before then would be an absurd and tragic mistake. It could encourage the Taliban to concentrate their forces on our troops. Not to mention demoralizing our men and women putting their lives on the line.

Two. Until then, however we feel about the war, we should make sure that our men and women over there know that we're ALL pulling for them. That we're worried about their safety. That we know that they are trying to uphold our Canadian values. And that it's OK with us if they show the Taliban barbarians that those values are more than just words.

As for those soldiers out there in bandit country tonight, and their regiment with its glorious freedom fighting tradition....... all I can say is this.