The Day The Mooch Blew Up The Trump White House 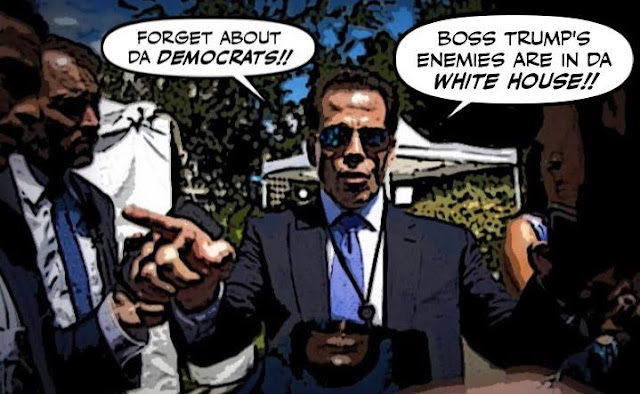 His name is Anthony Scaramucci, but everybody calls him the Mooch.

He's Donald Trump's new communications director, and he's made it his personal mission to track down the leakers in the White House.

But sadly for him and Trump it's all going horribly wrong. 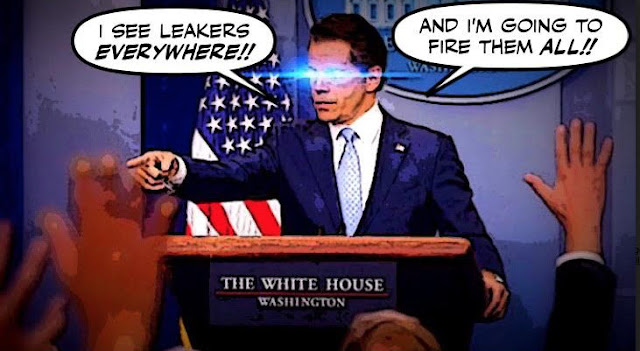 Nobody can question his loyalty to Boss Trump.

But his war on leaks is a total disaster, and now after a phone conversation with the New Yorker's Ryan Lizza he has all but blown up the White House.

By demanding to know who had leaked the news that he would be having dinner with Trump, and refusing to take no for an answer.

“I ask these guys not to leak anything and they can’t help themselves,” he said. “You’re an American citizen, this is a major catastrophe for the American country. So I’m asking you as an American patriot to give me a sense of who leaked it.”

And then threatening to fire everybody, including his rival Reince Priebus, Trump's Chief of Staff... 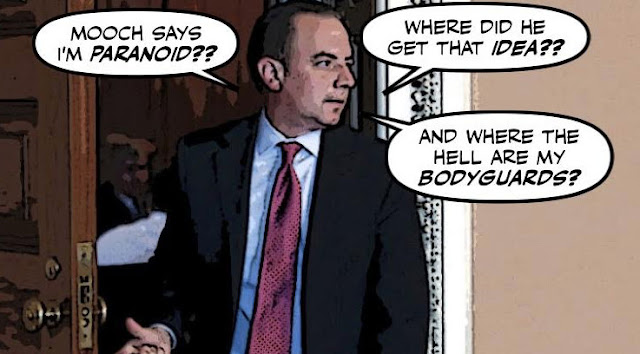 “They’ll all be fired by me,” he said. “I fired one guy the other day. I have three to four people I’ll fire tomorrow. I’ll get to the person who leaked that to you. Reince Priebus—if you want to leak something—he’ll be asked to resign very shortly.”

“Reince is a fucking paranoid schizophrenic, a paranoiac,” Scaramucci said.

Before taking aim at the sinister Steve Bannon, who along with Priebus had tried to block his appointment.

“I’m not Steve Bannon, I’m not trying to suck my own cock,” he said, speaking of Trump’s chief strategist. “I’m not trying to build my own brand off the fucking strength of the President. I’m here to serve the country.”

And while Bannon declined comment, if I was the Mooch I wouldn't sleep too soundly... 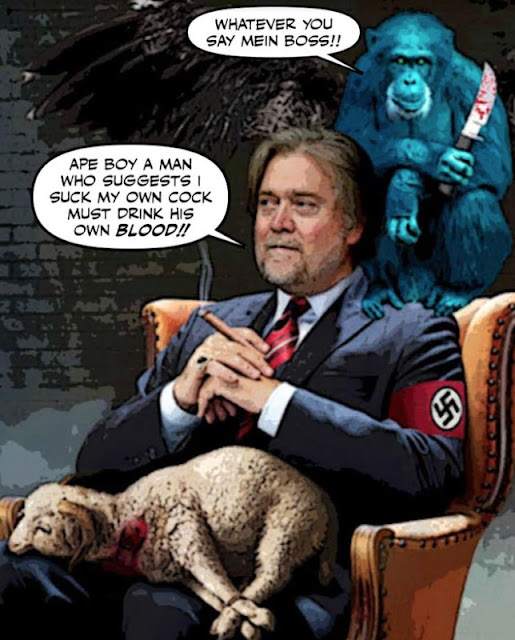 But of course, as horrifying as the scene in the West Wing might be, Twitter absolutely LOVED it.

And what remains to be seen is how Boss Trump will react... 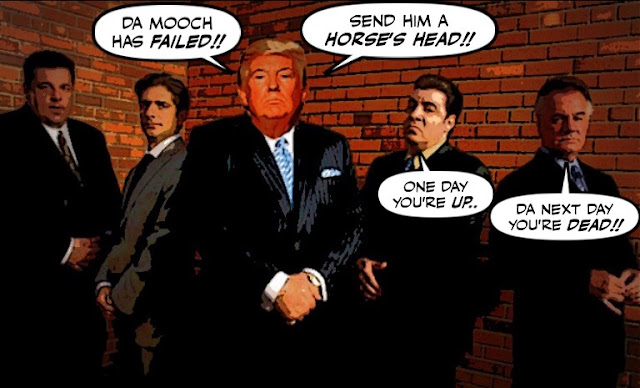 For of course he is responsible for hiring a man as unfit to be a communications director, as Trump is unfit to be president.

The Mooch may or may not have learned his lesson...

But the Trump regime is falling apart at the seams. They're fighting each other like gangsters. It's madness.

And best of all, more and more Americans are starting to wonder whether Donald Trump will have to be forcibly removed from office. For his sake and ours.

So this monstrous mob story, this hideous horror show, may well have a happy ending... 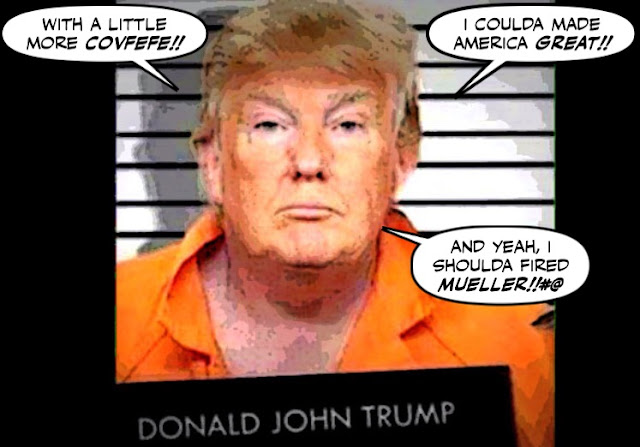 It's to the point where I would welcome a military coup

The Trump administration is a circus. An apt name for it I think would be "The Greatest Shitshow on Earth".
It's like a train wreck that never ends Simon. You don't want to look but you can't help it.
When will congress finally stick a fork in Trump?
There have been many tines but I'm praying for the day when they put him out of OUR misery once and for all.
JD

hi anon...I must admit, the thought has crossed my mind, especially if Trump threatens to take us into a nuclear war. But the Oval Office has so many generals in it these days, one wonders whether it's already a military junta...

hi JD...yes, it is like a never-ending train wreck. And there is no getting away from it thanks to the demented Twittler. But while the Congress may not have stuck a fork in him, it is starting to defy him, and when the mid term elections get closer I suspect their resistance will become fiercer. Which should drive Trump even crazier, and hasten what I hope will be his ugly end...

hi anon...yes, Scaramouche joins the Trump Circus, while in a back room Steve Bannon sharpens his knife collection. I think Ive seen this horror movie before, but I'm looking forward to seeing it again... ;)

Scaramouche, Scaramouuche, can you dance the fandango? (We need a bit of Queen)...

https://it.wikipedia.org/wiki/Scaramuccia_(maschera)
There are several slight variations on this surname in Italy's many dialects.

Quelle stronzo also reminds me of a younger Silvio Berlusconi...

Scary Mooch? A new member of the Spice Girls? 8-)

The White House has become the craziest reality show on TV
http://nypost.com/2017/07/27/the-white-house-has-become-the-craziest-reality-show-on-tv/