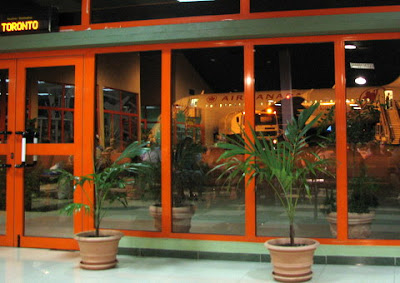 It's always hard to leave Paradise. But I have to admit I'm such a sap that when I see an aircraft with a maple leaf on its side come to carry me home ....my heart still skips a beat.

Even though these days I know I'm flying back to Con Canada...which isn't as beautiful as the country I love.

Still....I'm glad to be home. Glad to see my friends again. I'm grateful they took such good care of my dog...watered my plants....and didn't wreck my computer.

But who the fuck forgot to feed the nasty little Con Gnome Wee Jimbo Flaherty? 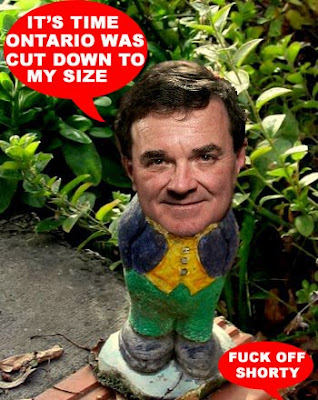 Can you believe it? The rotten little SoCon who has burned up a 13-billion dollar surplus trying to buy votes, and left us practically helpless in the face of a brutal recession, has the nerve to tell Ontario what to do.

Just a few years after he helped DETROY it. Leaving the province with a 6-billion dollar deficit, crumbling infrastructure, a nastier meaner society. 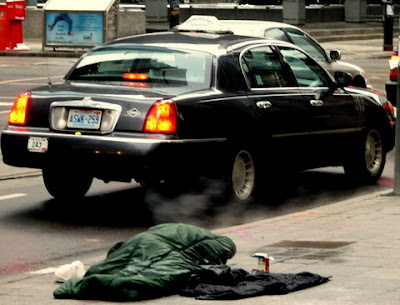 Cities like Toronto have still not recovered. And now the nasty little gnome ....who once called for the homeless to be arrested.... is trying to destroy the province again.

The obvious answer is that it's just a way to try to deflect blame for the criminally incompetent way the Cons have handled the economy.

But since none of the miserable cowards in the Con Government even dares to take a shit without asking for Stephen Harper's permission, I think Paul Wells nailed it.

.... Stephen Harper needs somebody to pick on, and Stéphane Dion refuses to show up for the fight. So Dalton McGuinty's Ontario government is the latest designated target, and we are all being asked to sit and smile through yet another of the Prime Minister's asinine tantrums.

Stephen Harper is such a clever tactician that his little games can be so fascinating we overlook their significance. The significance of this one is, well, significant: he's badmouthing his own country's industrial heartland and running roughshod over the prerogatives of a legitimately-elected government for the sake of cheap political points and to prop up his serial loser of a finance minister. It's not funny.

Not just not funny..... it's practically TREASON. I mean if you wage war on the province that has done the most to hold Canada together, what the fuck else do you call it?

Or for that matter... what else do you call Stephen Harper? But a twisted and dangerous FREAK.

You know they say you have leave Canada to write about it....because when you're here you can't see the forest for the trees. So after sitting under a palm tree for a while, here's my blinding insight.

It's time for the progressive forces in Canada to put aside their partisan interests, stop slagging each other, and work together to bring down the most evil extremist government this country has ever seen.

One day hopefully the left can form a coalition, or unite, so Canada can evolve to a two-party system like many modern European countries are doing. And keep the Cons out of power FOREVER.

But right now it's time to put grubby partisan politics aside. Focus all our fire on the REAL enemy.

And concentrate on saving Canada.

You know I really LOVE this beach. 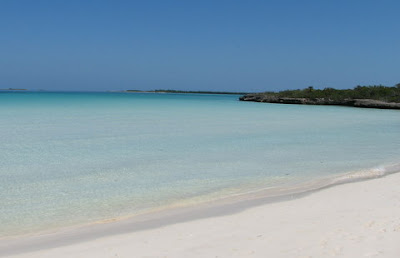 It's such a beautiful peaceful place.

But the day the nasty gnome and his twisted freaky leader...and all their ugly Con followers... are deposited head first in the manure heap of history.

Canada will be even prettier...