Scottish Independence and the Brexit Nightmare 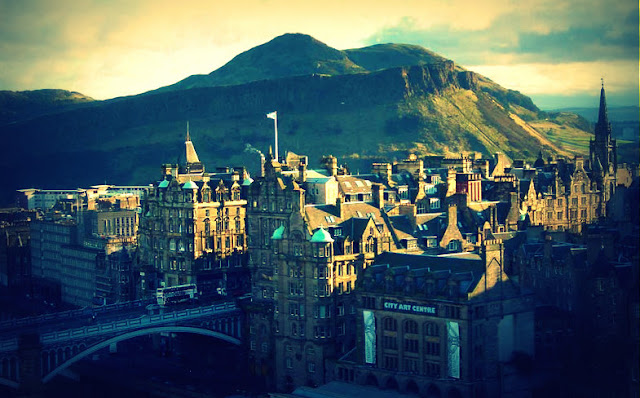 In a few hours I'll be leaving the country and setting off for Edinburgh, to attend the wedding of one of my oldest friends.

And since I'll be racing between that city, and my family home in the north of Scotland, I probably won't have time to blog until I return. 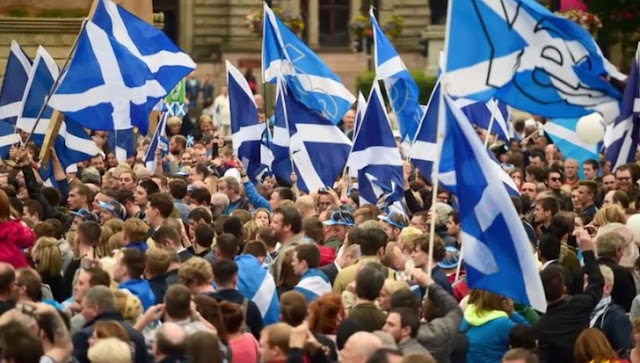 But in case you are wondering whether I'll be stirring up rebellion in the highlands
after this declaration.

Britain is now in the throes of a national counter-revolution. Thought Brexit was all about Britain’s relationship with the EU? It wasn’t even just about immigration. While millions who voted leave had multiple, complex reasons for their choice, the most bigoted elements of British society decided that the referendum presented them with a mandate.

This was a glorious national uprising not simply against Brussels, they decided, but against “political correctness”, against the conquests made by everything from the anti-racist movement to feminism to trans rights. The gloves were off, they decided. You’ve had your party, PC liberal do-gooders, and now it’s over and you will pay.

Scotland just wants something better, but this is how Little England would portray the Scots and their leader.

As some kind of mad terrorist holding the novelist J.K. Rowling hostage...

And while that might be funny, the hatred aimed at Scotland in the pages of the English  newspapers is not. 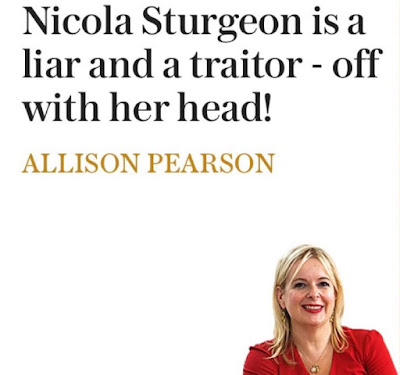 And the only way the Scots can hope to escape it, and preserve their kinder gentler society, is to separate.

I fought the bullies and bigots in school. I fought the Harper regime. I'm fighting to help our neighbours topple the Trump fascists.

Now I must fight for Scotland. It's my destiny.

Hold the fort, watch the Cons, and I'll be back next week....

Have a great and safe trip Simon.
JD

What a load of hooey! More than fifty percent of the UK population voted for Brexit - are they all bad people? Gimme a break.

The same goes for Scotland and its mealy-mouthed SNP party, always on the lookout to grab a bit of power, and I'm a Galloway boy myself. The EU referendum wasn't on Scottish independence, but there they are Sturgeon and Salmson, digging away to raise a fuss on a false pretext. Traitors no less.

And that's how I feel, bud. And no it doesn't make me some racist Great Orange Blossom-loving freak. I do however believe in the rule of law, or every damn stupid group can agitate to leave the union, like Rafe Mair and his BCers. Had enough of Parti Quebec type rabble rousers, and here you are, about to jet off to Scotland to advise them of the superior, rational intellectual conclusion you have come to.

Good luck to you Simon. Scotland is one of the last bastions of sanity in the world, Brexit is an insane nightmare.
I was in favour of the union staying together but I see now how badly fucked over the Scots are. And this after convincing them to vote no so they could stay in the Euro. Unbelievable. Brexiters are straight up traitors, FUCK THEM.

Simon, if you're up near Balmedie in Aberdeenshire, I have a great way for you to piss off the Trump fascists.

Apparently, Trump and his staff at the Trump International Golf Club Scotland (TIGCS) are having difficulty understanding the ancient common law right of public access to open land, including golf courses, that was codified in the Land Reform (Scotland) Act of 2003. They are trying to prevent and harass law-abiding Scots who simply want to ramble on Trump's "private" golf course. The Scots, of course, are having none of it.

So, if you're in the neighbourhood and have the urge to rove across the course to get to the beach, the Trumpistas are in no position to deny you - even if you do develop a sudden urge to piss on the greens. More here: https://www.theguardian.com/uk-news/2017/apr/05/activist-rohan-beyts-loses-case-against-trump-golf-course-over-urination-photographs

"This was a glorious national uprising not simply against Brussels, they decided, but against “political correctness”, against the conquests made by everything from the anti-racist movement to feminism to trans rights. The gloves were off, they decided. You’ve had your party, PC liberal do-gooders, and now it’s over and you will pay."

Hey there we go, now you're catching on.

Awa' wi' ye!
Ye Drambuie slaggin' Jacobin Stuart Noddy,
And will ye' be residin' a' Balmoral?
Have a few dram for me!

Here is an article that looks at the economic impact of Brexit on the U.K. and on Europe as a whole:

While the economic impact on U.K. households will be substantial, in large part, the impact depends on what government policies are enacted after Brexit takes place.

Hi everybody...thank you for you comments. I'm sorry I took so long to post them. The meeting of the clans took a little longer than I had imagined. But I am on my way back to Canada and regular blogging will resume shortly....

Only a sassenach would espouse such an attitude. Hadrian's Wall stopped the Romans, but it didn't hinder the manipulative Anglo raiders.For centuries the independence of Scotland has been the goal of most of its residents. Now it may be too late from a financial perspective because the North Sea oil revenue is in decline. Westminster will hinder Scottish separation until all the oil is depleted. As for Rafe Mair he's been around long enough to recognize that Central Canada still treats BC as a colonial out-post. RG

Simon, we miss you!

It's a bit concerning that what was supposed to be shortly is now a week.
Hoping everything's okay and that you're back soon Simon.
JD